Some moms to be have their going to the hospital bags packed at the start of their third trimester, whereas others seem to be leaving it till one of the last things to do before they expect to give birth. I’ve had a plan in place of when I’d start in general, and I promised Matt and myself I’d start after our baby shower. This was in part as some of the things I thought I’d need could be things I’d get at my baby shower. I’ll technically be bringing a bag inside a bag, the main bag being a rolling suitcase that was a wedding present and inside this Tactical Baby Gear bag (with matching changing pad) that was a shower present.

I was so thrilled to get the Tactical Diaper Bag, I thought it was so smart and rugged looking so Matt and I could potentially share it, but he likes one he chose and also received at the shower better. Not only did it get great reviews but a dad we met on the 4th of July said it was still his go to travel with his family bag years later when his daughter was about 8.

So, I had to decide what to back, and I went to several sources to find a great list. This was the best and most comprehensive list I found, so I used this as my initial guide.

There are definitely a lot of things on the list that we won’t be bringing, such as the tennis balls in socks (I’m not even sure what I’d use those for), hospital admissions forms (I submit those about a month in advance) and a button down shirt for Matt (maybe that’s to take photos in, regardless Matt said he didn’t need one so I won’t be packing it).

So I started with the baby’s bag as it’s easier to pack for him or her (or so I thought). Each of these items are ones the list said I need and from sample boxes, with the exception of Butt Paste which was part of a bag of useful items received from a mom to be.

I had a long online chat with that mom and she had looked over the checklist and said I was planning on bringing too much for baby, that hospitals will give you lots of samples to take home and I should bring an empty bag to do so. So I called the hospital’s Labor and Delivery department and they confirmed they will have diapers, wipes and other essentials for me. I took everything in the above photo out of baby’s bag.

I did keep a few things in the bag for baby, this her 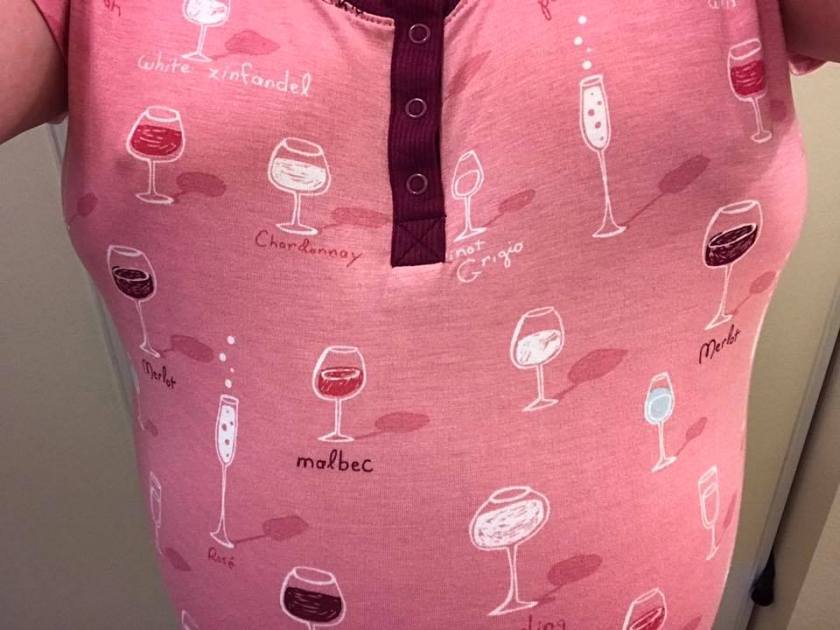