With William being a day away from being 10 months old, it was definitely time to give him some soft whole foods cut into baby manageable pieces. Candy tried some strawberries with him yesterday. At first he found them too tart, so she heated them up a bit to bring out their natural sugars and he liked them more. So I brought more cut up strawberries for him for daycare.

END_OF_DOCUMENT_TOKEN_TO_BE_REPLACED

I’d been told by Mirabel and Candy that it was time to get William some shoes, both to help him as he tries to walk and as sometimes he goes outside where the pavement can be rough on feet. So I headed to Buy Buy Baby so we could try some on. I was delighted to see Joyce who helped when I went to make my baby registry. I had happened to have William covered in his stroller, so I asked her to guess if I’d had a boy or girl. She guessed boy, then I uncovered him and introduced her to my son.

END_OF_DOCUMENT_TOKEN_TO_BE_REPLACED

I know I keep saying it in this blog, but it really just amazes me so much how fast time is passing for William’s first year. It seems like only yesterday that we were celebrating his Father to Be Day with me still pregnant, and now it’s his first Father’s Day with his son. I made sure to make a special chalk sign to celebrate. 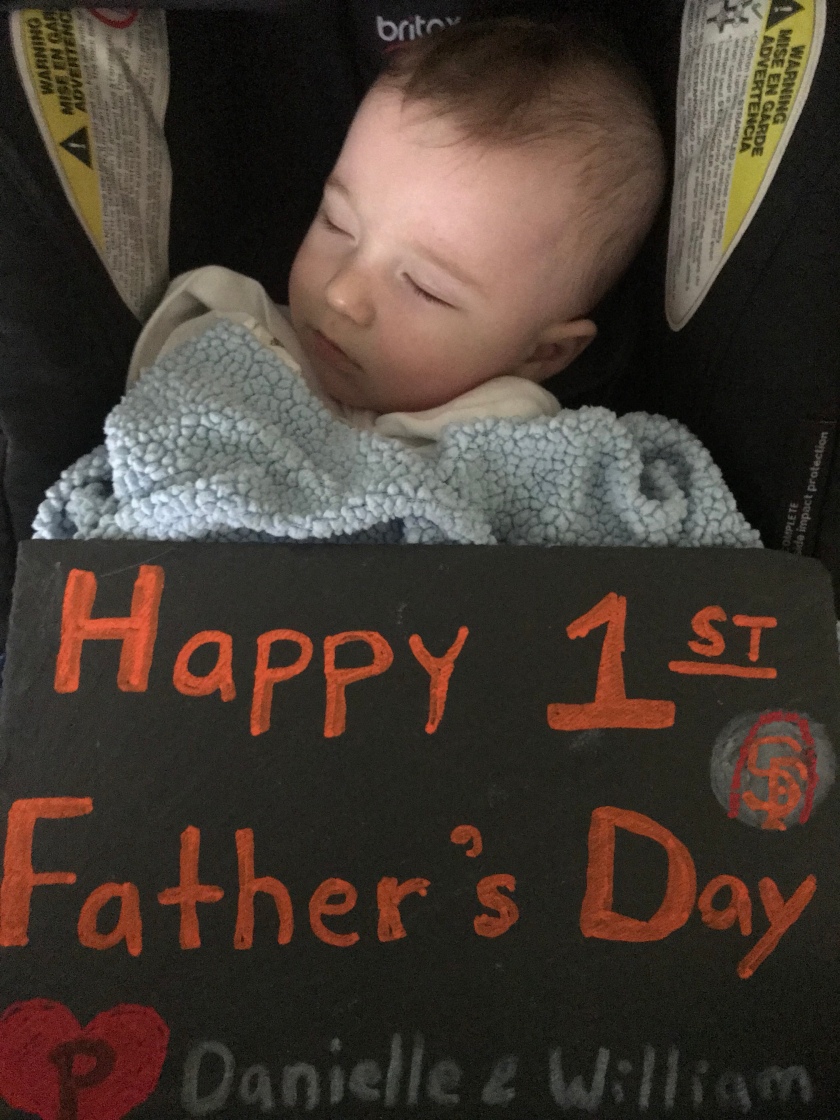 END_OF_DOCUMENT_TOKEN_TO_BE_REPLACED

Even though William had been eating pureed solids for over a month, we hadn’t yet tried meat. Matt had bought him a baby food jar with meat with gravy in it, so for Sunday dinner we decided to give it a chance. He clearly was interested in the jar.

As always, we didn’t know if this would be a food he’d like right away or take some getting used to. As Matt and I are huge fans of beef with gravy, we figured he’d love it.

At first he didn’t even want to try it. Perhaps he was reacting just to the smell. 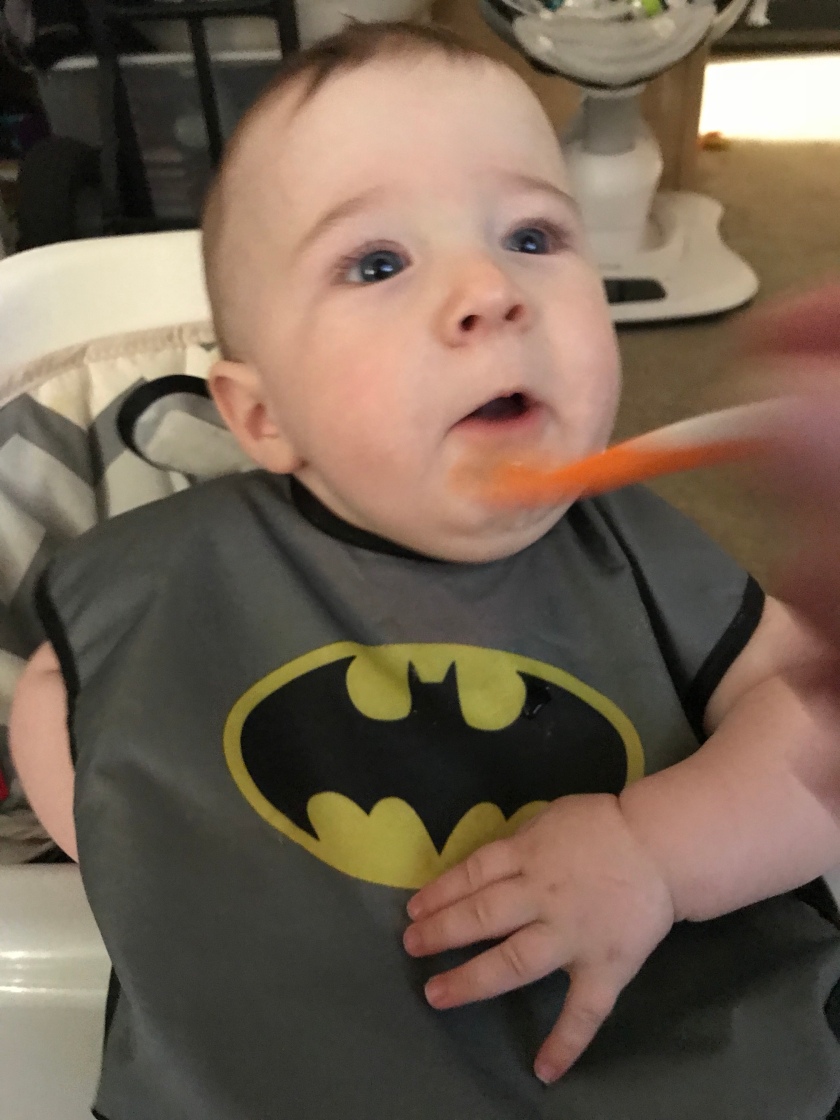 After his first bites, he made faces and didn’t seem to like it at all.

He tried clamping his mouth shut, clearly not liking the taste at all. 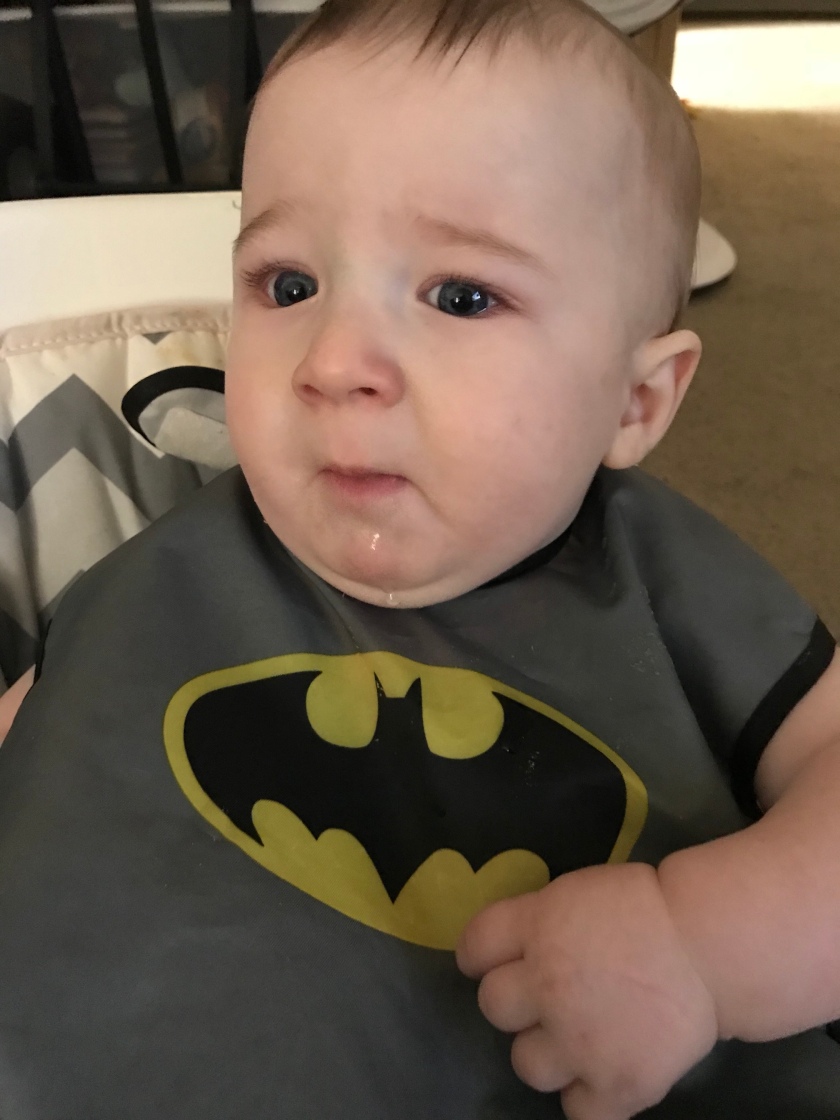 Yet someone else was very intrigued by the smell and decided to come take a look for herself. 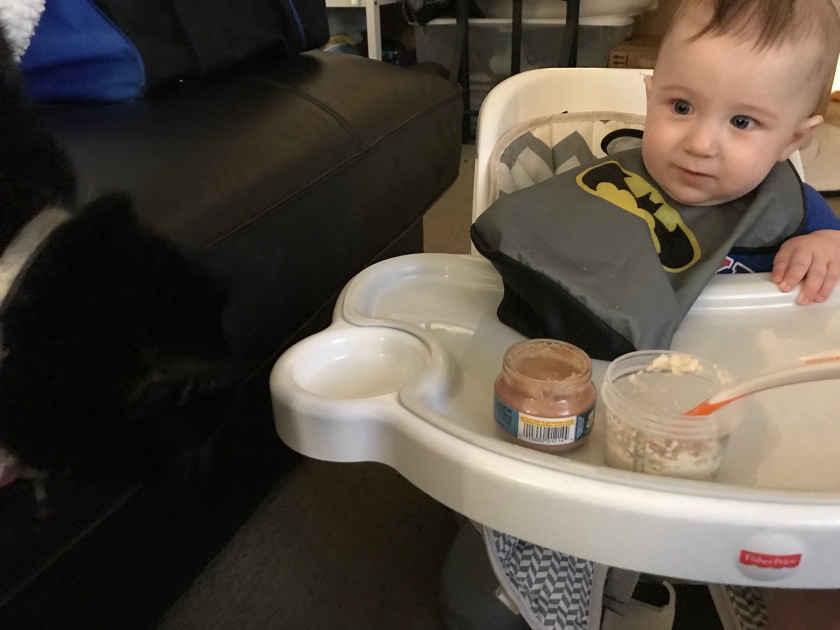 To William’s delight, Inky came right up to the high chair to check it out and beg for some herself. 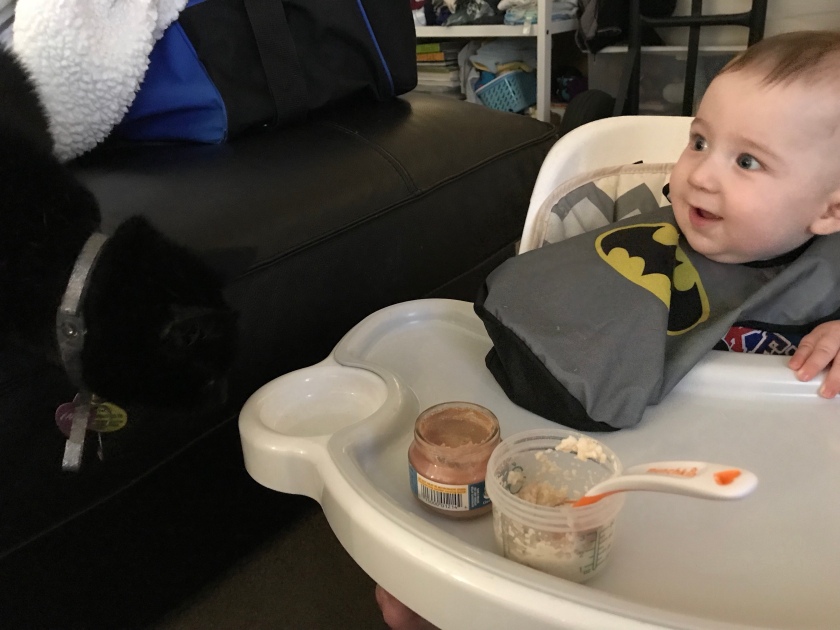 I’ve never seen her so close to the high chair or even William in general when he was eating.

Despite Inky’s desire to try some, we didn’t let her have any. William ended up spitting all of it up repeatedly. I’ve since learned that chicken or turkey would have been a better introduction to meat, so we will try one of those next.

Matt and I go grocery shopping every week on Sunday. Throughout the week sometimes Matt will go to the store to pick up a few items after getting William from daycare. Now that William is over six months old, the carts are safe for him to ride in directly. The first time he tried so was the day after William’s six month birthday,  a week ago today, and he seemed to enjoy it.

END_OF_DOCUMENT_TOKEN_TO_BE_REPLACED

Just a few days ago William actively crawled for the first time. This was in part due to Matt helping encourage him with moving a bear.  Today William pulled himself up for the first time motivated to reach the very same bear.

END_OF_DOCUMENT_TOKEN_TO_BE_REPLACED

Everyone around us, from friends to family to child care providers have been predicting for weeks now when William would crawl. He’s been getting close before, having figured out how to move his arms, and his legs, yet never exactly coordinated to do a true crawl before today. It was amazing to see him put it all together right before our eyes.

END_OF_DOCUMENT_TOKEN_TO_BE_REPLACED

Many times when I’ve been feeding William he will reach out for the spoon. Two days ago on Sunday, I decided to let him try holding the spoon himself, with supervision, to see how it would go. 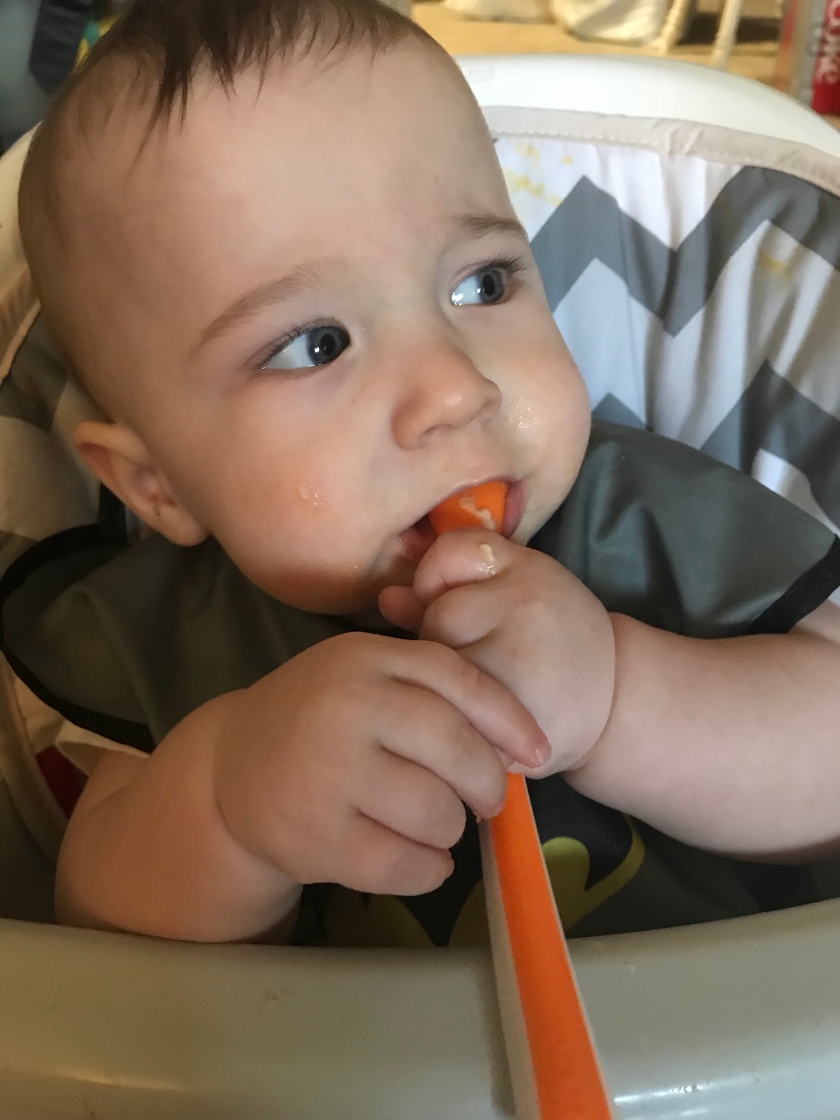 END_OF_DOCUMENT_TOKEN_TO_BE_REPLACED

Today William hit a great developmental milestone – his first time sitting up unassisted. It was great that Matt and I were both home at the time that he did, so we could both see this great first in his life.

END_OF_DOCUMENT_TOKEN_TO_BE_REPLACED

Candy has told me numerous times the story of how Matt as a baby grabbed the leg of a table and successfully pulled himself up to standing. This is probably how William will do it as well. So when I saw William seeming to want to try to replicate this, I called for Matt as he was in another room to come see.