One of the most fun parts of being a parent is trying out new toys with William. Some toys are complicated and may require trying them several times and even some parental help to learn to use, and others are much more simple. The Baby Newspaper is an example of a simple toy, one that we received as part of his Bluum box subscription.

END_OF_DOCUMENT_TOKEN_TO_BE_REPLACED

There are times when I’m at the grocery store when I have the urge to impulse buy lots of different baby things for William. On Sunday I gave into the impulse and bought a Munchkin Fresh Feeder that I’d read a bit about online. 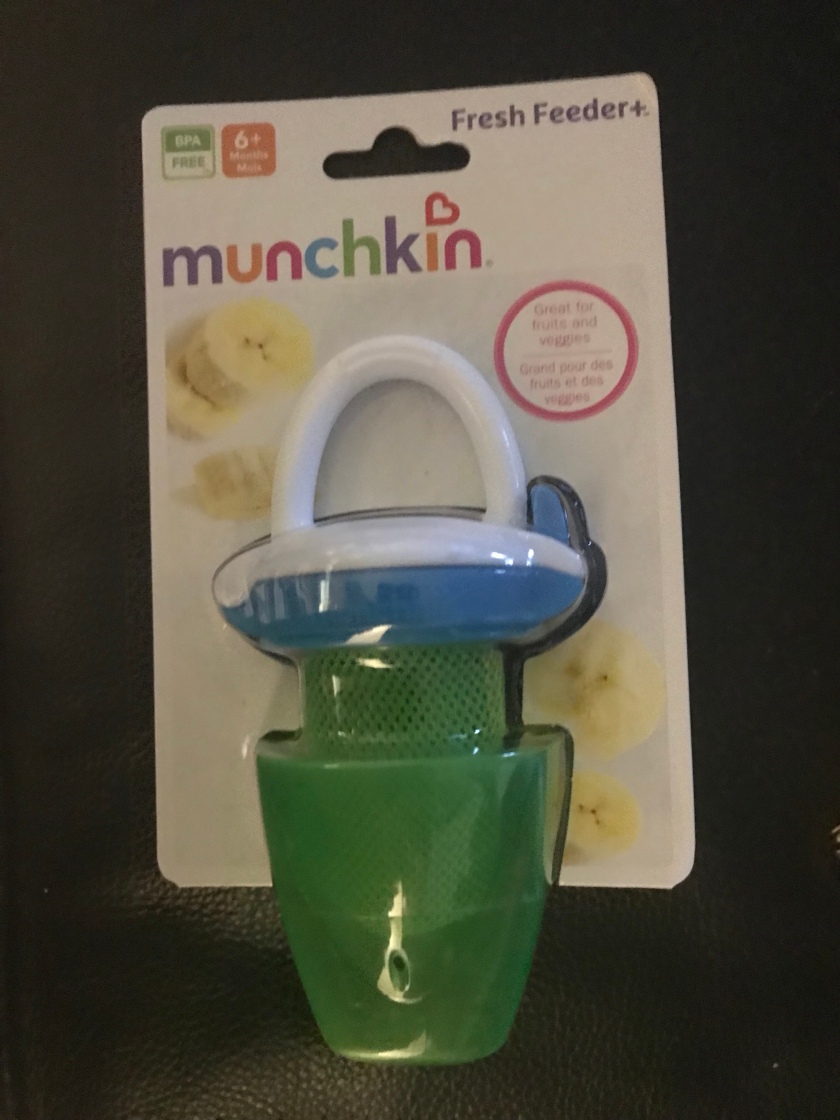 END_OF_DOCUMENT_TOKEN_TO_BE_REPLACED

This week were excited to have William use the Fisher Price Deluxe SpaceSaver High Chair for the first time. The chair can be used for newborns through toddlers with the chair back reclining for newborns, being upright for infants and coming off entirely to become a booster seat for toddlers. 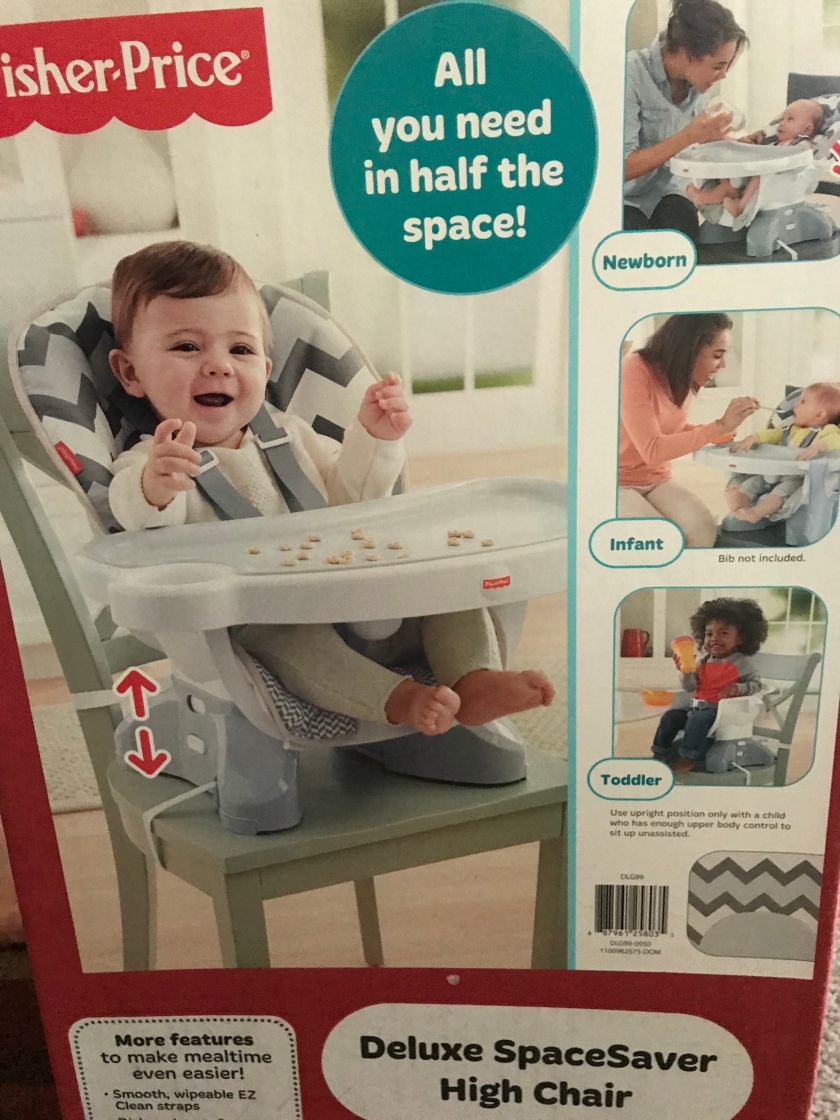 END_OF_DOCUMENT_TOKEN_TO_BE_REPLACED

William’s Godmother, Kristi, and I chat on Facebook a lot about him. One thing we discussed at length was music and how I to raise our son as someone who enjoys playing an instrument like her son, Tyler does (he plays drums and guitar). I had told her how hard it was to not buy him a drum set as so far I’d only seen ones for older kids. Two days later this Hand Drum Piano arrived from her and Tyler. 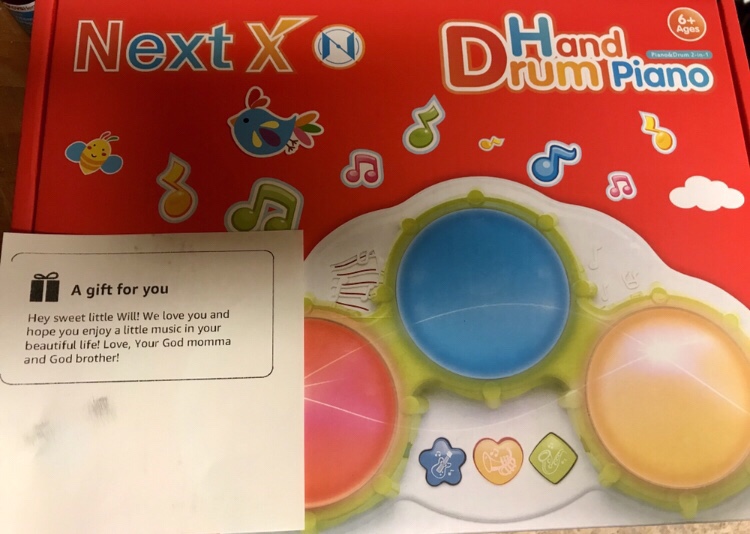 Inside were actual two separate toys allowing a child to play on an instrument with drums and piano keys as well as a separate xylophone. As William would readily put any of this in his mouth, we haven’t given him the xylophone or striker. 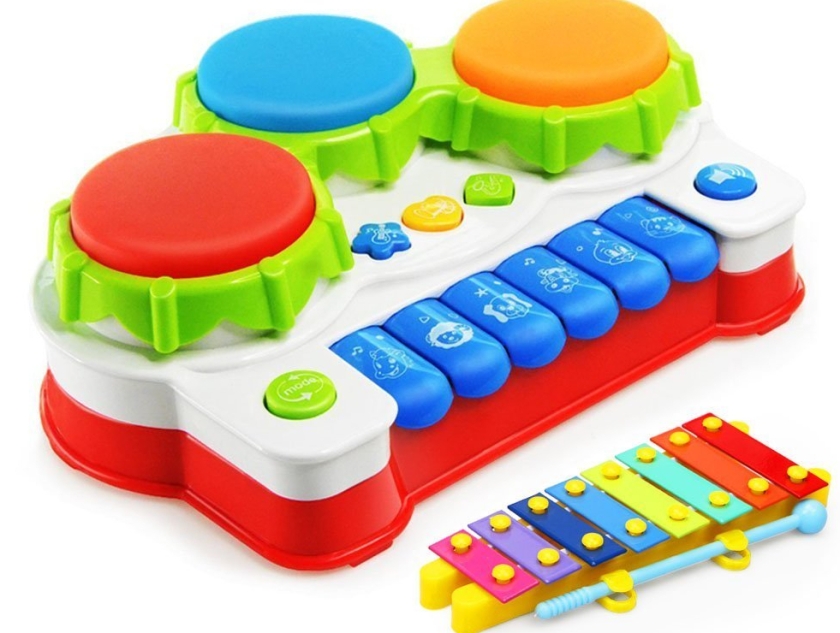 William was given this toy at Easter. We all discovered  how much fun it was having this toy light up and make all sorts of sounds including notes, full songs and animal noises. Someone joked we’d be sorry we put batteries in it and turned it on.

William was able to enjoy it as a quiet toy as well, very quickly figuring out just what he was to do with it.

At daycare he enjoyed playing it and soon the other older boys came over also to see this amazing toy.

The toy can stimulate a child’s imagination for long periods of time. It’s designed for children aged 6 months to 3 years and it (and the xylophone) seems quite durable so they can use them all that time. I look forward to William enjoying and getting even more out of this toy as he gets older and can learn and process more.

Since William made the transition from bassinet to portable crib, it seemed fitting to a long overdue review of his bassinet. I actually researched many bassinets before we got one. There were a few I liked but I kept coming back to this one. It was a demonstration at Buy Buy Baby that convinced us to get the Graco Dream Suite Bassinet.

END_OF_DOCUMENT_TOKEN_TO_BE_REPLACED

One of the coolest parts of my pregnancy was our multiple trips to see what toys and things we’d need for our child. It was fun to try and anticipate what we would need or want along with what things were cool but we, or our child, wouldn’t truly use. Some I did extensive research on, some were recommended by store representatives, and occasionally, I’d have a gut feeling that I just needed something in particular. One such project I was sure we needed was the Cloud B On The Go Sleep Sheep Sound Soother.

END_OF_DOCUMENT_TOKEN_TO_BE_REPLACED

Ever since I’ve realized that I wasn’t producing a lot of breastmilk, I’ve looked for ways to increase my supply. I’ve tried herbs suggested by a Lactation Consultant which worked to some extent, but did not greatly increase supply. So when people on several new moms groups recommended Milky Mama Treats, I thought I’d give them a try. Their website recommends trying a combination of treats for the biggest effect, so after speaking to a customer service rep I placed an order including treats, Emergency Brownies and two flavors of cookies and the Strawberry “Lemoonade” drink.

END_OF_DOCUMENT_TOKEN_TO_BE_REPLACED

Midway through my pregnancy, Aunt Carol and I had discussed what kinds of toys babies liked. She told me that Baby Einstein ones were always amazing. The Baby Einstein Caterpillar Bendy Ball is a simple toy that always seems to be close to William whenever he is awake. 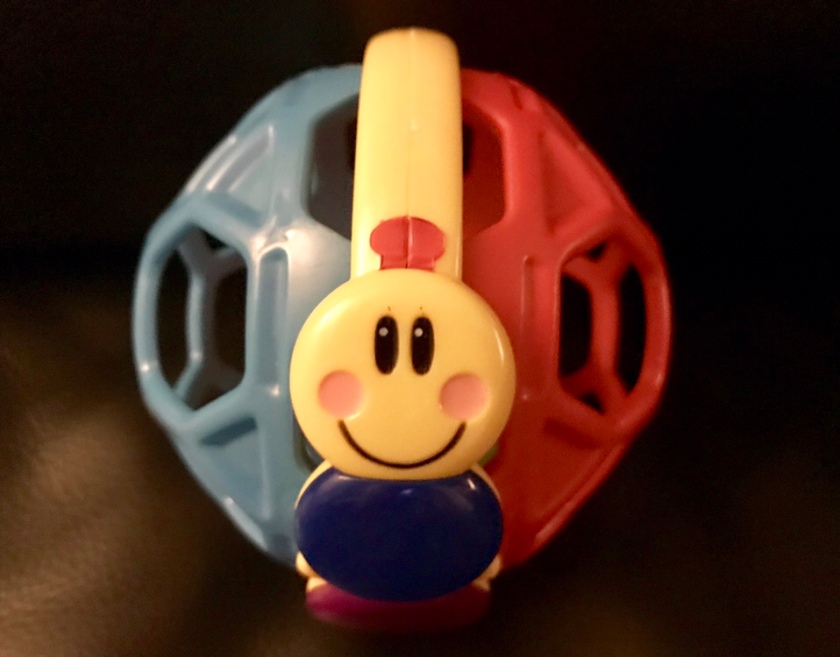 END_OF_DOCUMENT_TOKEN_TO_BE_REPLACED

William has been fortunate to get lots of great toys so far from many different sources. Some toys have been simple, others complex. I’ve had lots of fun seeing how he responds and plays with them. One that I was especially delighted to get for him was this Merry Mover from Katki, a toy safe enough even for a newborn baby. 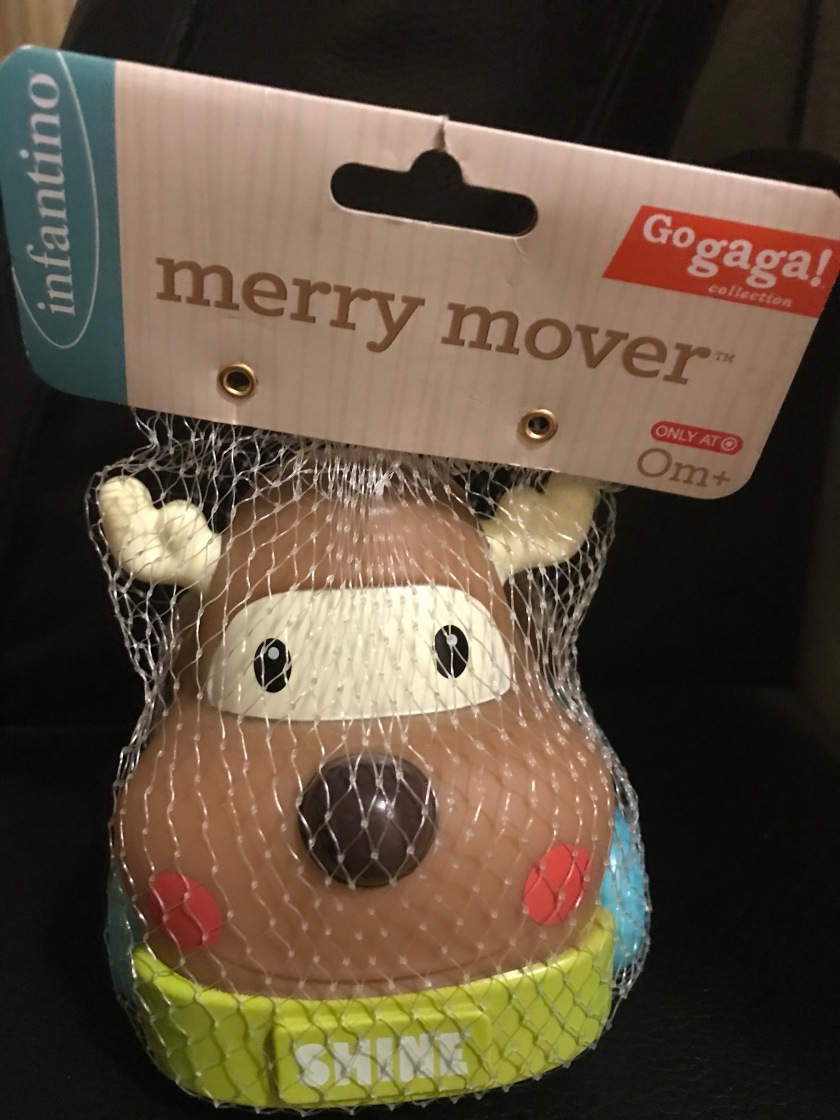 END_OF_DOCUMENT_TOKEN_TO_BE_REPLACED

One product type that Matt and I have tried many of is teethers. We know William is definitely teething and try all we can to help him with the associated pain relief. Still, despite trying a Teething Egg and Organic Teething Toys, we hadn’t found one that was perfect for him. So, I was definitely skeptical of the Little Teether toy that was part of William’s Bluum boy this month. I was intrigued that it came in a soft, reusable pouch, perfect for keeping the toy clean when transporting in a bag.