Back when I was pregnant I participated in the first part of a Stanford study of stress hormone, cortisol, and baby development. Tonight William was brought in for the second part which involved me answering questions about the remainder of pregnancy and William’s childhood so far. For this phase he was also to undergo an MRI.

In preparation he was put into a double swaddle. The first layer is a receiving blanket. The second layer is sealed with a vaccuum pump causing a strong and comfortable swaddle to be produced. Unlike traditional swaddles, this keeps a baby extra secure and is hard to break free from and self startle.

William’s ears were protected with both ear plugs and ear muffs. 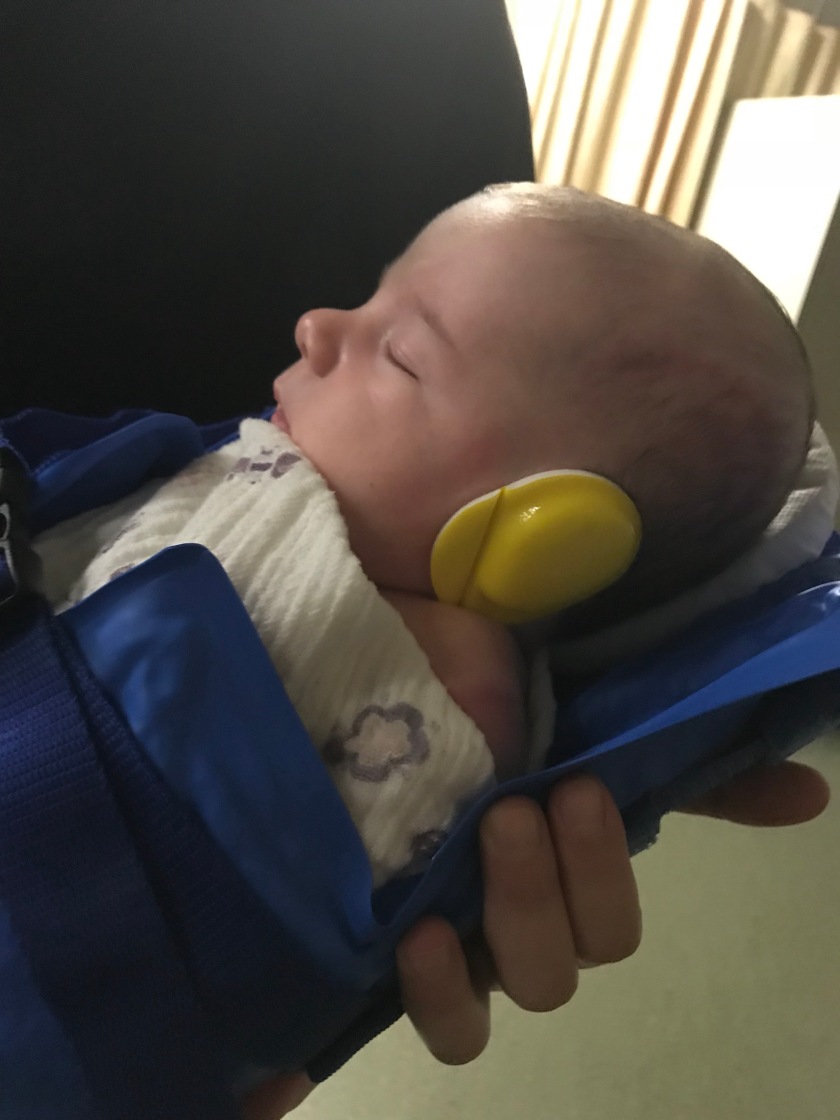 Additionally white noise that was found to be extra soothing to babies was played in the background to help him keep calm.

Lindsay was with him during the brief scan. Though we had through he would wake up and fuss during the scan time he slept throughout. Lindsay said it was one of the fastest sessions they’d ever had as he’d been one of the calmest babies they had had.

He was so calm that he slept afterwards so I could even get a few photos with him and the MRI device.

The photo above cracks me up as I have my classic eyes closed pose. It sort of looks like we are both sleeping in it.

The MRI machine is used for many Stanford studies and for both adults and children.

I was given copies of his scans, in both color and black and white. It’s amazing that you can see brain, eyes, lungs and even teeth that will come in later in them. 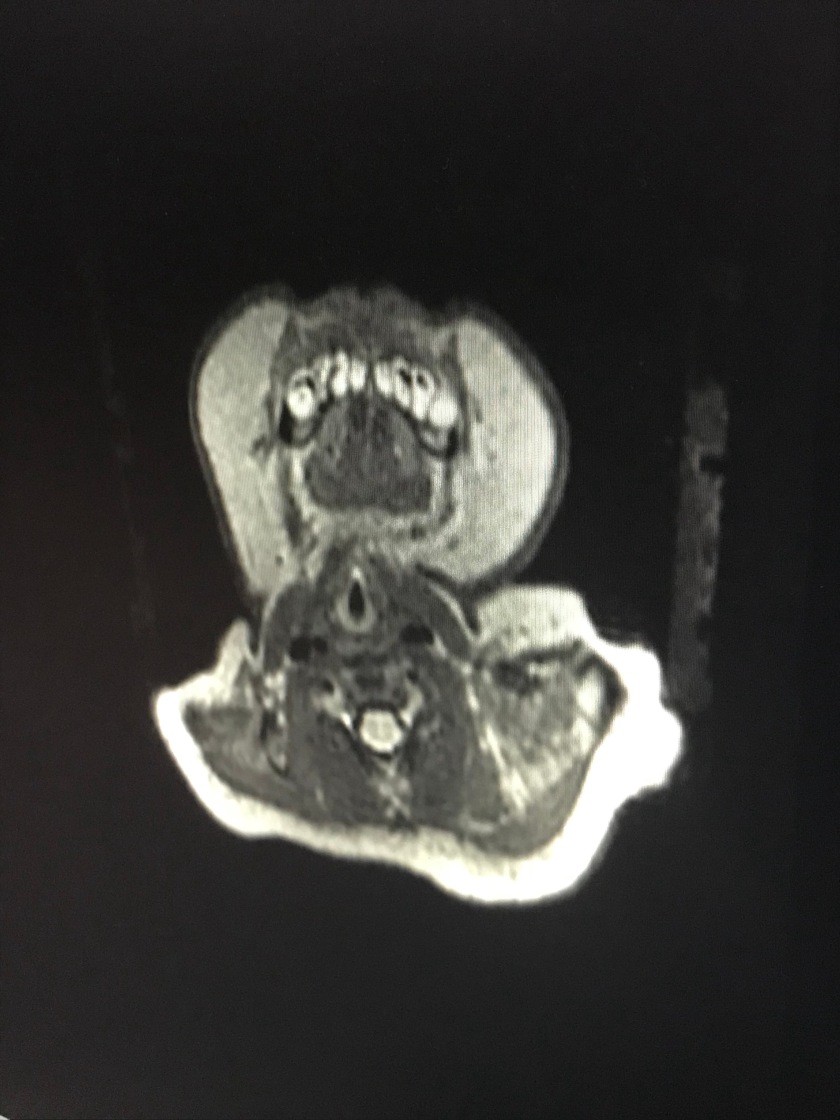 After the study William was still sleeping at first until the swaddles were released. 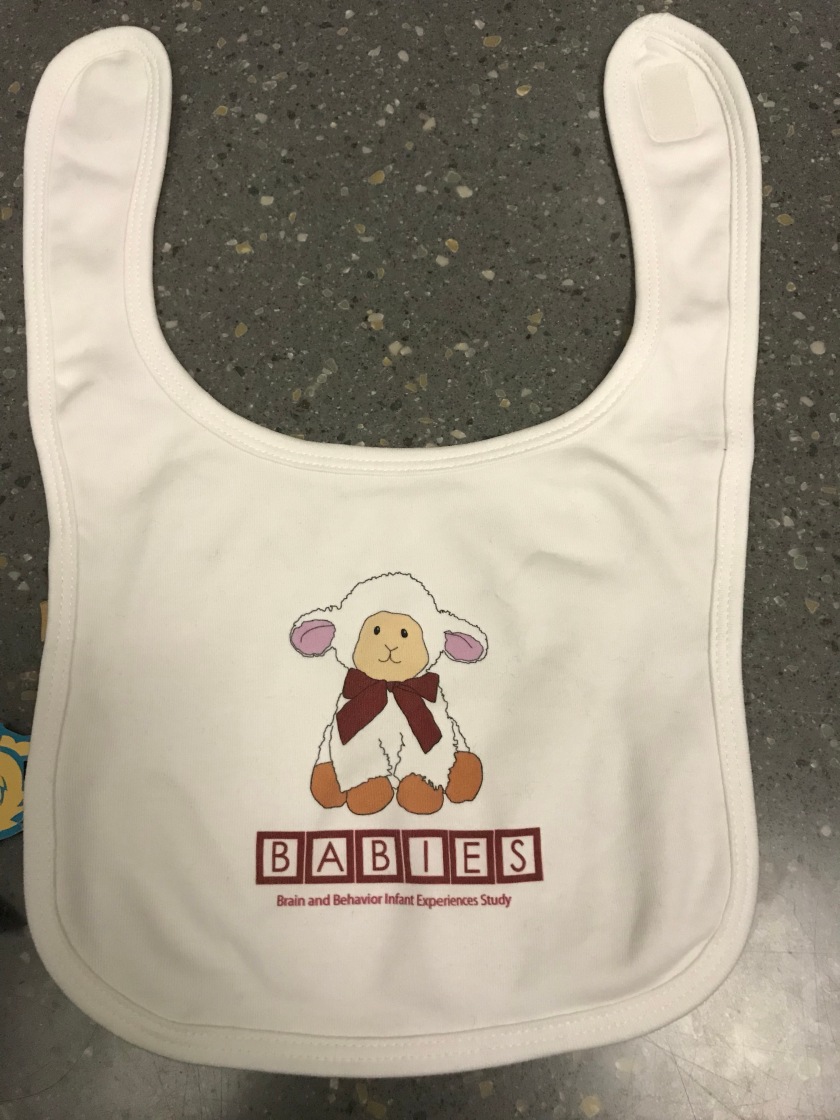 He even now has a special bib with the project name on it to commemorate his role as a participant or as they call it, a Junior Scientist.