Although William was 10 weeks old and not 8, this he had the appointment known as the Two Month Pediatric Appointment on Thursday. It was a bit delayed due to the schedule of the pediatrician at the holiday time. At the time the appointment had been made I had not accepted the job I am at now. So, I had anticipated that Matt and I would all go together. Instead, Candy went on my behalf to this, the first appointment at which he would start his vaccination schedule. As usual, William cried during the naked weigh in as he prefers to stay warm.

Since I could not be at the appointment with him, I did everything I could to help prepare for his visit in advance. I packed the diaper bag Matt prefers using with the usual items (diapers, wipes and extra changes of clothes), and added on top lots of toys to distract him before, during and after the visit. Unfortunately, in getting to the appointment, the bag was inadvertently left in the car. I do understand this parent brain/forgetfulness, last week I managed to leave a few items behind myself including my lunch and William’s blanket at home. 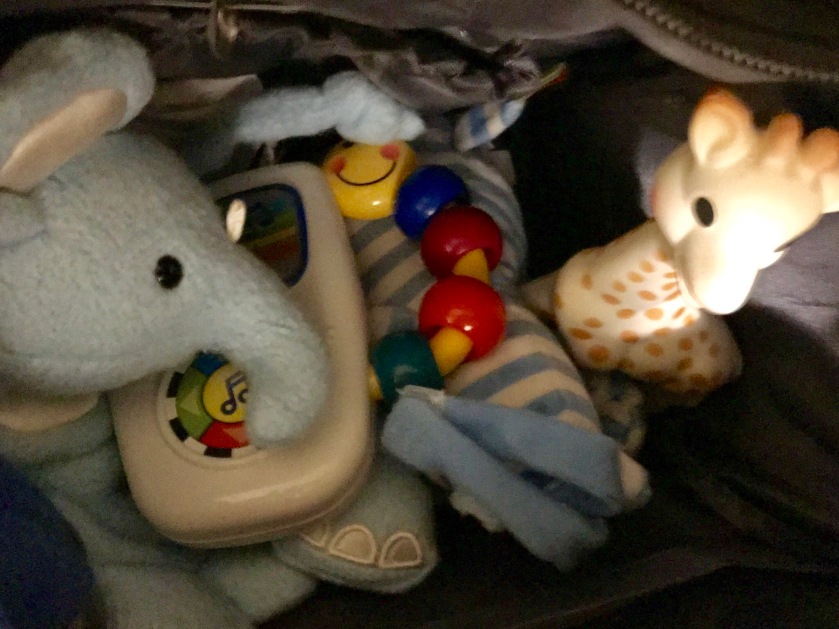 At the appointment William was fussy and cried as he was being measured. Part of me truly wonders if on some level he sensed something different, some tension, some sense that vaccines were coming his way. 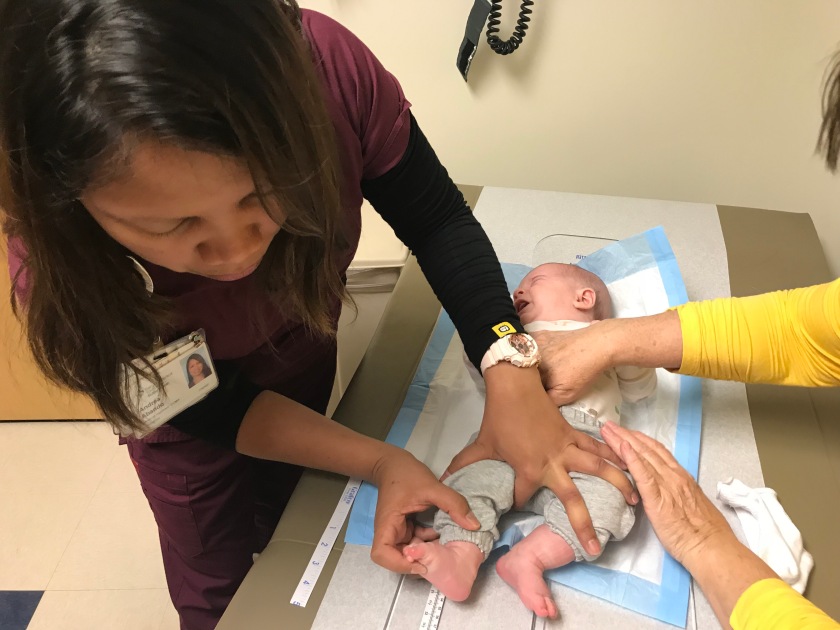 It turns out instead of one needle there are three. He had two injections in one thigh and one in another. One thing I also did to help prepare him for the visit and continued to do after was to provide as much breast milk as I could for him. If I had been with him, I would have nursed him directly before and after the vaccines. Instead, I sent him to daycare on Thursday with many containers, had some ready for him for when he got home on Thursday and sent even more to day care on Friday. I had to deplete my entire stash so far to do it, yet it was worth it to get the best possible milk I could in him.

I had prepared Mirabel for him to be very fussy on Friday. It turns out he actually was not any more fussy than he normally would have been. She sent me this adorable picture of him sleeping.

I’m so grateful Matt’s schedule lets him go to these appointments. Our pediatrician does not have weekend hours, just as many do not. While I would prefer to be able to go with him, with starting a new job, asking for time off, even at the end of the day for an appointment that is medical, yet not an emergency, is not something I’m able to do at this time. I’m glad William’s day after getting his first vaccines went smoothly.