Midway through my pregnancy I knew that under the Affordable Care Act, I would be able to receive a free breast pump. I know now that I really didn’t do enough research on my options. I asked for a Medela as that is the manufacturer that William’s pediatrician had recommended. I had asked if I could have a hospital grade one as they are more efficient, but I was told my insurance did not cover the cost of that one for the Medela. So I ordered the one they did cover, the Medela Pump in Style.

I stuck it out with the breast pump for a few reasons. First, it was free to me, and while I did try a few manual ones, I wasn’t ready to invest in trying another system. I also had several people from my friend Amber to my Lactation Consultant say the Medela was a fine choice, for the former one she uses at home (she uses a hospital grade Medela at work) and the latter one she recommends to many of her clients.

The Medela works like most breast pumps. It’s an open system, so that milk goes through the suction tubes which need to be cleaned along with other parts including the breast shields. It pulls at the nipples extending them. My Lactation Consultant even told me at my first appointment to set the suction up to the highest setting I could without feeling it was too painful. Unfortunately, as time went on that same setting did cause me pain, and less powerful settings while more comfortable didn’t get as much milk.

Ironically, even with all the pain I experienced I had wanted for a very long time a Medela Pump in Style Travel System. This system included a stylish carrying bag (and anyone who knows me knows I love having different bags for different uses), a car adapter for charging (useful for charging during a commute) and a cooler bag with bottles and a reusable ice divider for the bag. 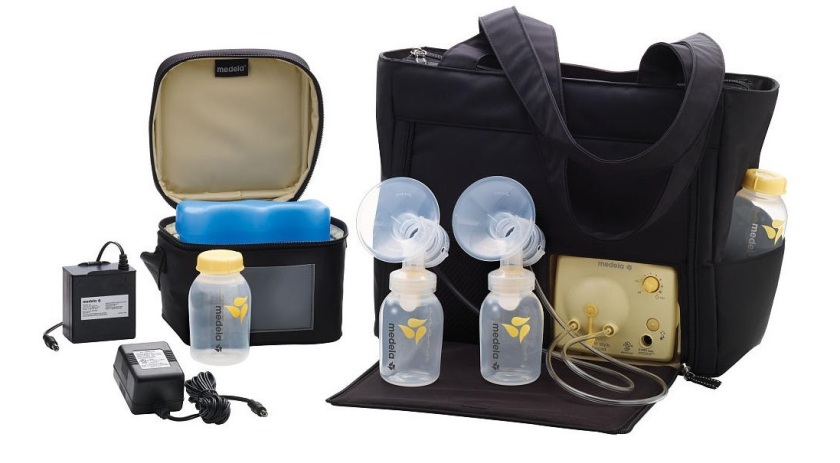 I was truly going to buy this system and have two pumps. I would have had the travel system at work and for taking on trips. I put it on my Christmas wish list in case anyone wanted to buy it for me, and it turned out to be a good thing that no one did.

At work when talking to one of my fellow nursing coworkers, I found out she had felt the same way about her Medela Pump in style despite using it for her first two children. This time she bought the Spectra S2, which was much more comfortable for her, and suggested I do the same. This time I did much more research. I tried to see if a hospital would rent one to me as I wanted to do some in person research. Though they do rent out hospital grade breast pumps of which the S2 is, they didn’t have that model. My online research showed the S1 was near identical, but had a rechargeable battery, so I chose that one and ordered it with high hopes. 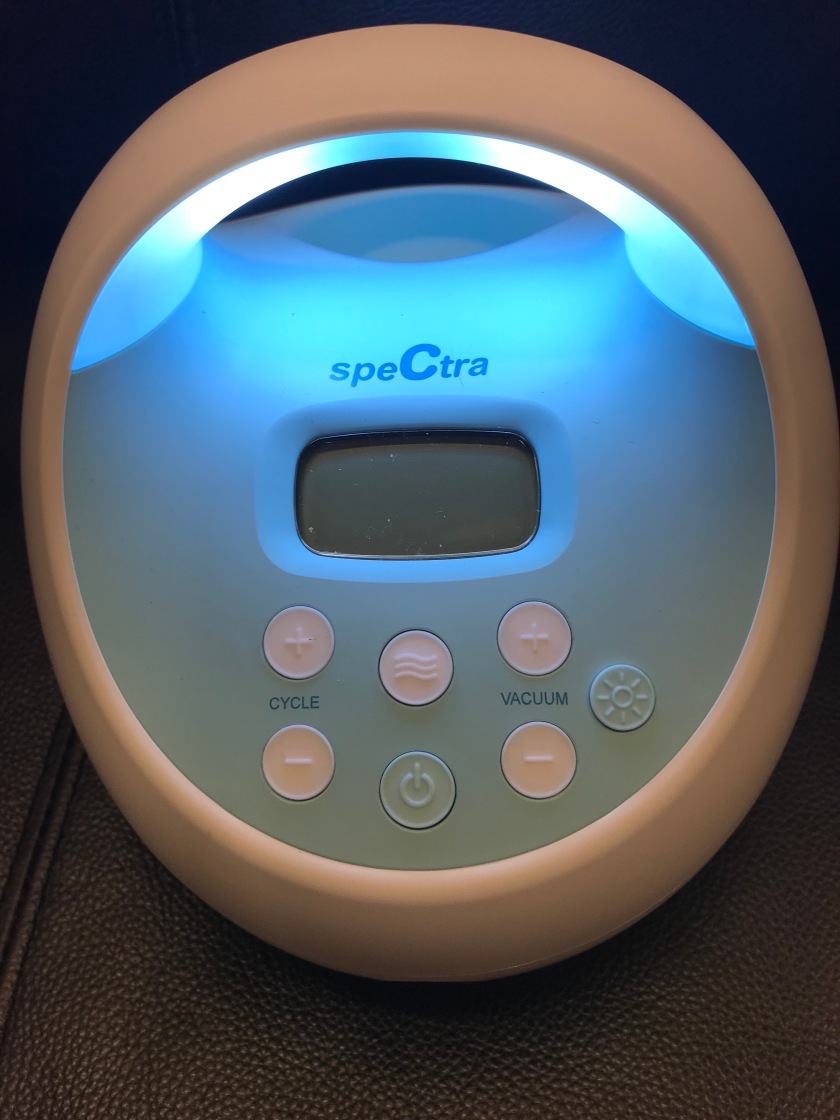 The tagline for Spectra is “Our pumps don’t suck, they suckle”. This is even on the seal of their boxes (which unfortunately I broke before taking a photo of it). It’s true they do use a suckling motion, the massage mode even feels almost exactly to having William feed on me.

As this breast pump is more comfortable I’ve been using it a lot more. I’ve been setting alarms to do a middle of the night feed to boost my supply. If I go to bed before 10 p.m., I’ve been able to set an alarm and do a midnight pumping a few times. I’ve tried to set a 3:00 a.m. alarm for the same purpose, but that has not proved possible, perhaps I just need to move the pump into the bedroom to encourage myself more.

I’ve joined a few online breast pumping groups including one for mothers who are exclusively pumping, which was nice enough to accept me even though I am both directly breastfeeding and pumping. In one of the groups it was suggested that I power pump. In power pumping session you pump for 20 minutes, rest for 10, then do two more 10 minute pumping and resting sessions. In one group it was even suggested that I power pump for two sessions a day. 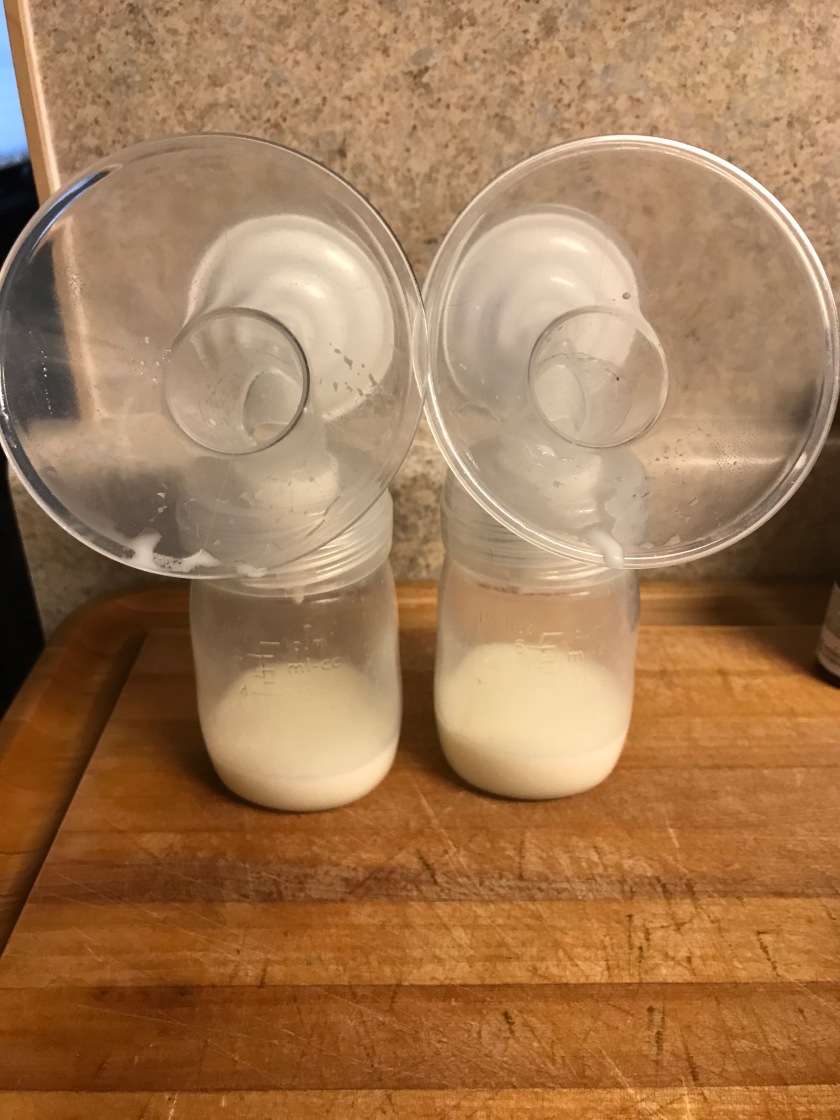 I thought this advice was a little over the top but I did it, and in the second power pump had a little over three ounces total which is amazing for me as it was at 6:00 p.m. a time when I never have produced so much milk. 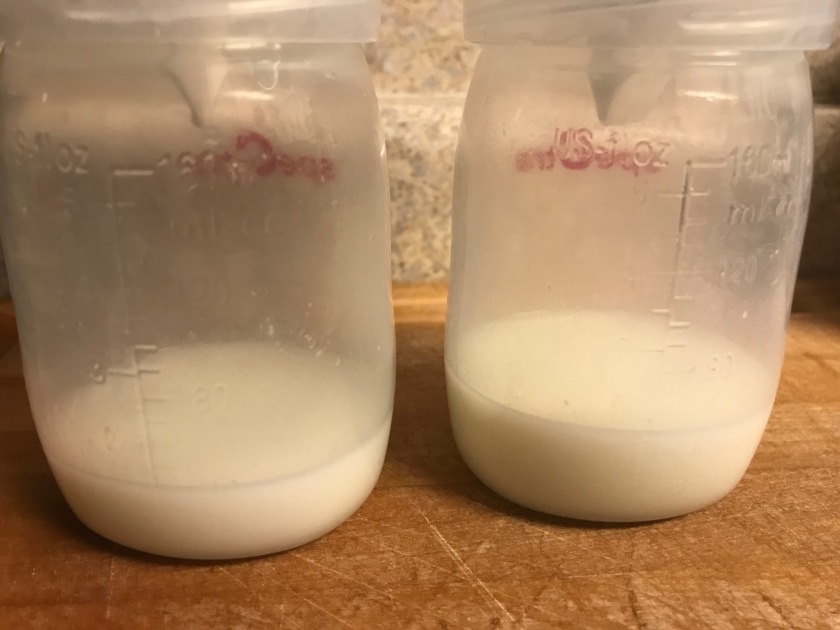 I’ve definitely been pumping both more often and getting more milk. I don’t believe I would get as much milk with the Medela on any setting, and I know I would not pump as often or probably power pump with any frequency with it. This has lead to me having more milk to freeze to bring to daycare. I don’t know if its realistic for me to get to all breast milk as William’s source of milk, however, this pump lets me pump more and freeze more and perhaps having him Exclusively Breast Fed (EBF) is a possibility.

As for the Medela pump, I’m never using it again. I can’t return it, I did call Medela and tell them I was unsatisfied with it, but though they offered to send me an exchange that won’t help. They did offer to have me speak to a Lactation Consultant via phone which was sweet, and even followed up to see if I had any advice on how to improve their devices for future customers, which I did give. In a perfect world I’d know of someone in need who wanted it. Unfortunately, as an open system, technically the pump is only recommended for use by one person.