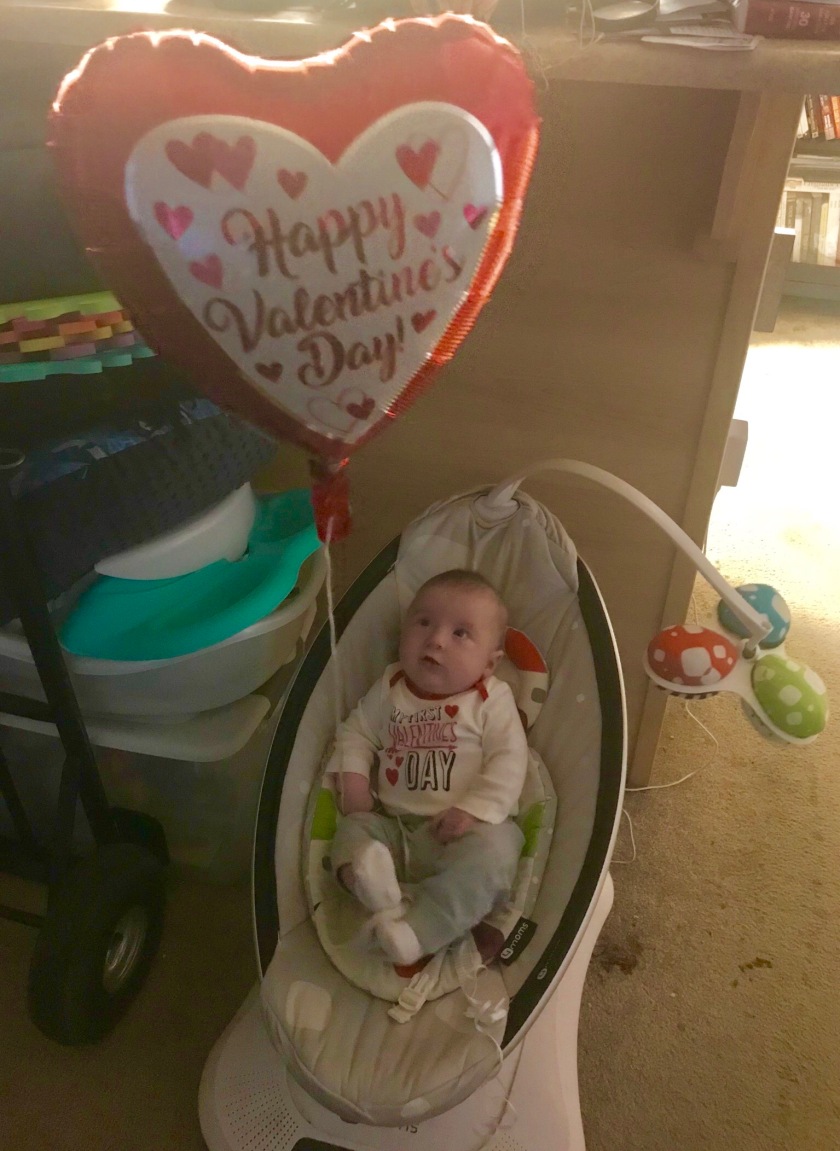 As it’s a Wednesday he was in day care with Maribel while Matt and I worked. She had told me when I dropped him off that the kids would do crafts, I wasn’t sure if William would be too young to participate. It turns out she found a way for him to do so. 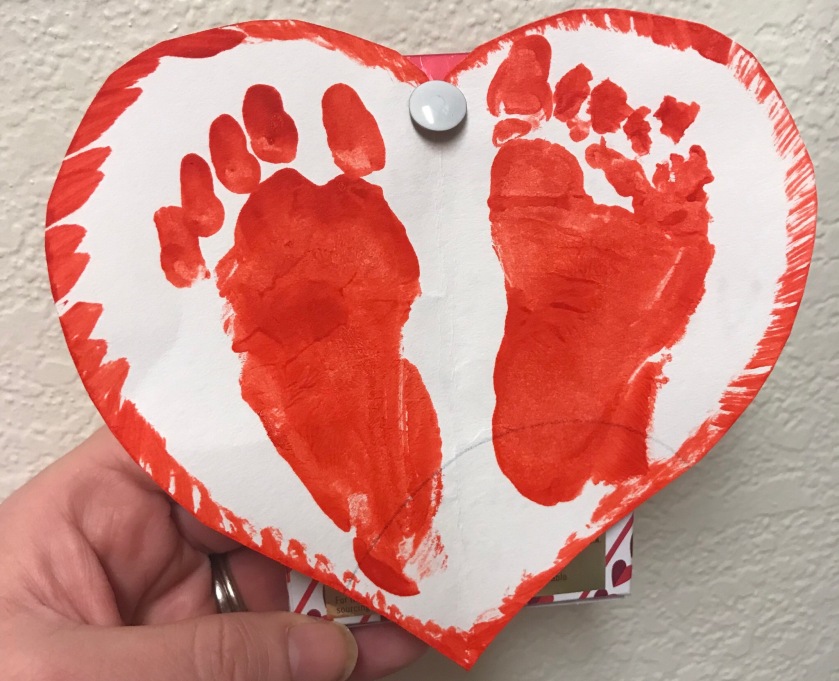 While the other two boys in her care were old enough to make help out with their Valentines a bit more (and put their hand prints in a heart), William was able to get his footprints on this one for us. 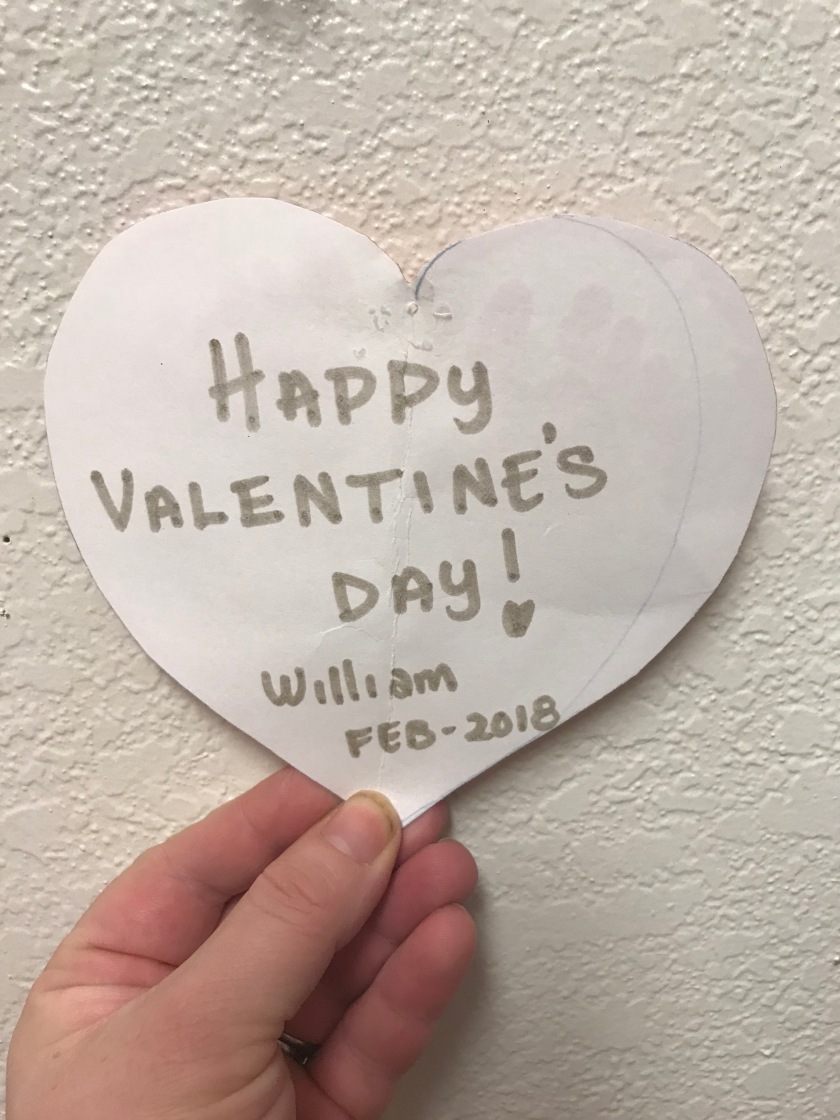 With the crowds, noise and logistics of Valentines Day dinners, especially with my hour and a half commute home from Newark (a much quicker reverse commute in the morning), we decided to table our dinner out to another evening over a weekend. We had originally planned on spending time with his Godmother and one Godbrother, but then his Godmother had to attend an unexpected meeting at work. So instead, I was able to attend Ash Wednesday at church which happened to be on the same evening. 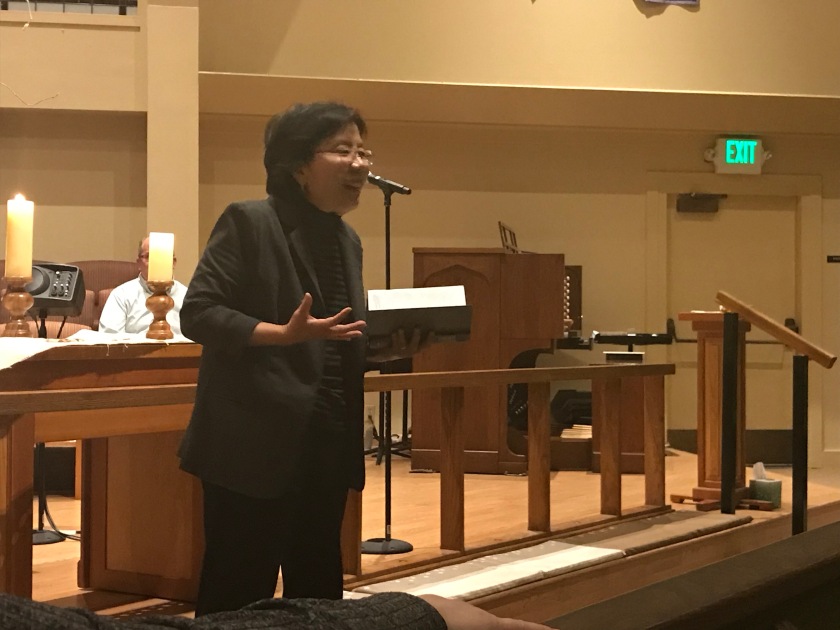 The children’s group had worked on Valentines cards and pencils for those attending. 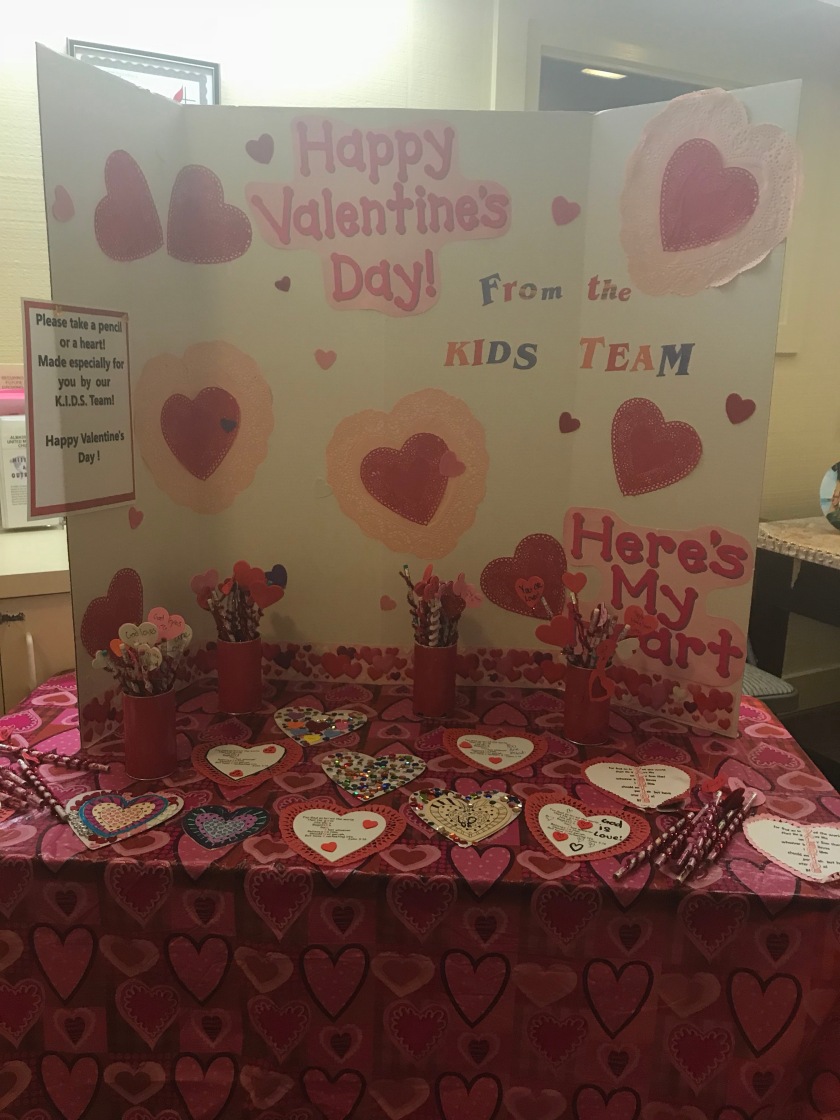 I chose this Valentine heart as it was similar to a balloon arrangement Matt had bought me. The pencil was given to me by an adorable child usher on my way out. 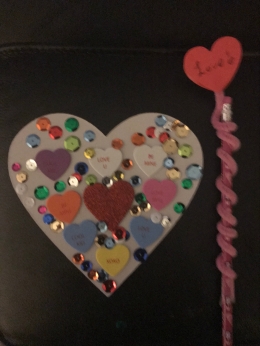 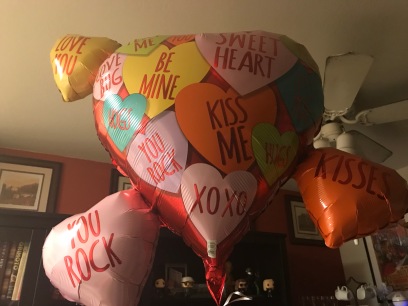 The service was beautiful with each member receiving a traditional message with the ashes put on them in the shape of a cross, and a personal one from Pastor Mariellen. 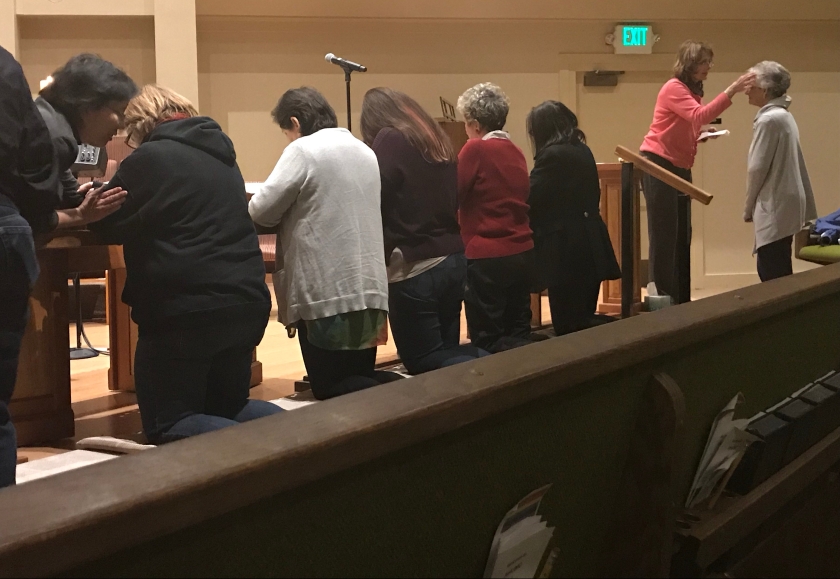 At last year’s service the ashes pattern had been more random. This year it was in the shape of a cross, as noted in the program and by Pastor Mariellen, to remind us that we had a Savior. 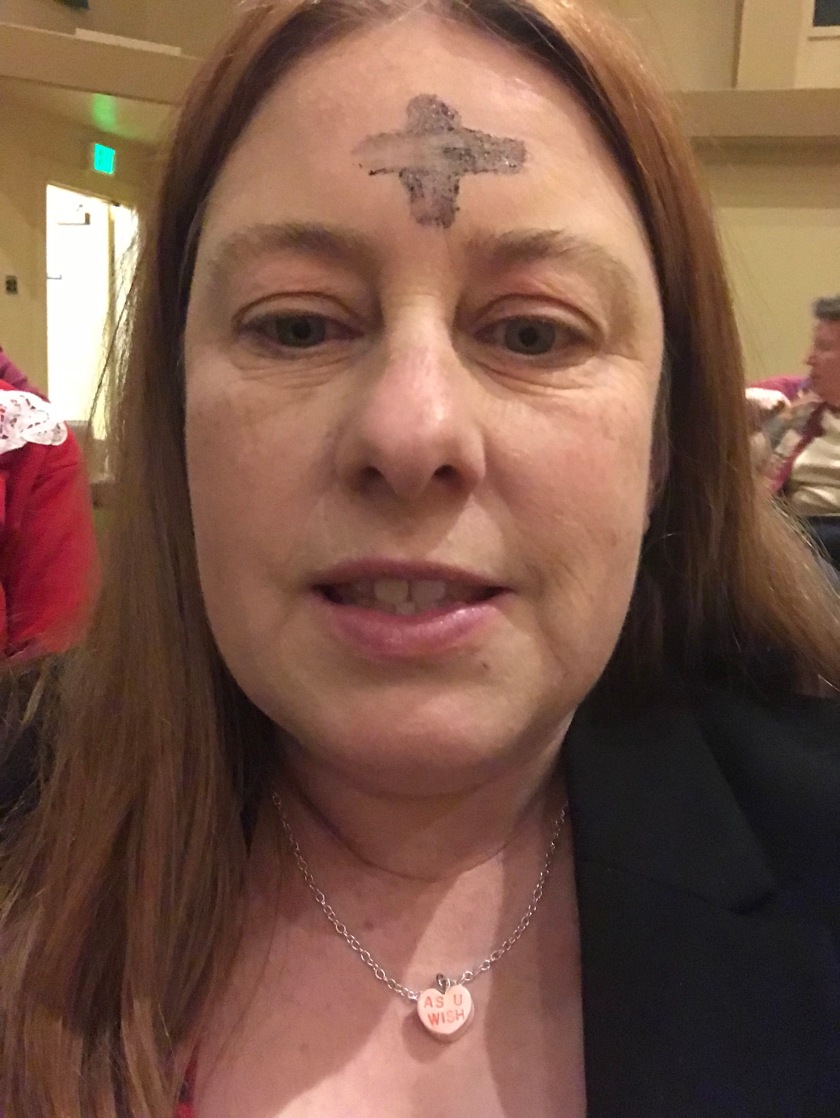 Although it was not the typical Valentines Day, I’m glad William had a chance to participate at day care and that I had a chance to be part of our church’s service in the evening. I love the cards we gave one another (though I somehow managed to forget to include our card to Candy in the photo). 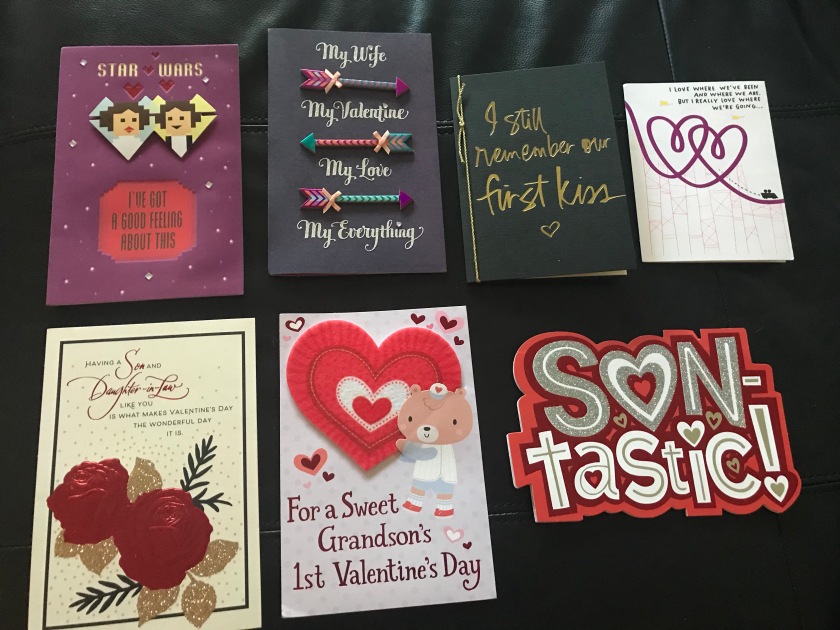 I look forward to our rescheduled Valentine’s Day with part of William’s Godfamily this weekend.