Ever since I’ve realized that I wasn’t producing a lot of breastmilk, I’ve looked for ways to increase my supply. I’ve tried herbs suggested by a Lactation Consultant which worked to some extent, but did not greatly increase supply. So when people on several new moms groups recommended Milky Mama Treats, I thought I’d give them a try. Their website recommends trying a combination of treats for the biggest effect, so after speaking to a customer service rep I placed an order including treats, Emergency Brownies and two flavors of cookies and the Strawberry “Lemoonade” drink. 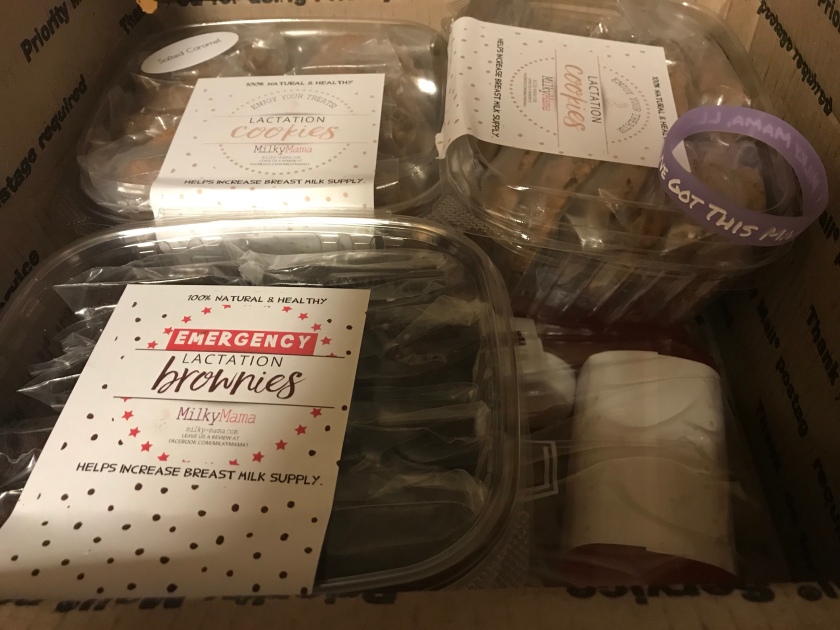 I have to admit I was pretty skeptical of all this as their website said for best effects two treats a day and one drink should be consumed. With shipping my order was pricey and would only allow me to have a week’s worth of drinks. I spoke to another customer service rep who said I could split up the drinks into two servings, half to be consumed on each of two days, in which I ate the Emergency Brownies (described as their most potent treat). I decided to do this for eight days, then for the last three days drink one drink each day.

I had figured the treats would be larger than they were. The brownies were much smaller than expected, and the cookies were of a smaller size than I would have expected as well. Per the instructions any treats not used within 7 days or drinks were to be frozen. They did taste better after that, with the brownies tasting better than the somewhat bland Chocolate Chip or Salted Caramel cookies. I froze the drinks at that time as well (having not remembered the instructions exactly) and they tasted better that way, sort of like a Slurpee.

By pure coincidence, the day before I was going to start the regimen, I had an exceptionally large output of milk from my pump. I figured this would be a good measure against any effects caused directly by the treats. 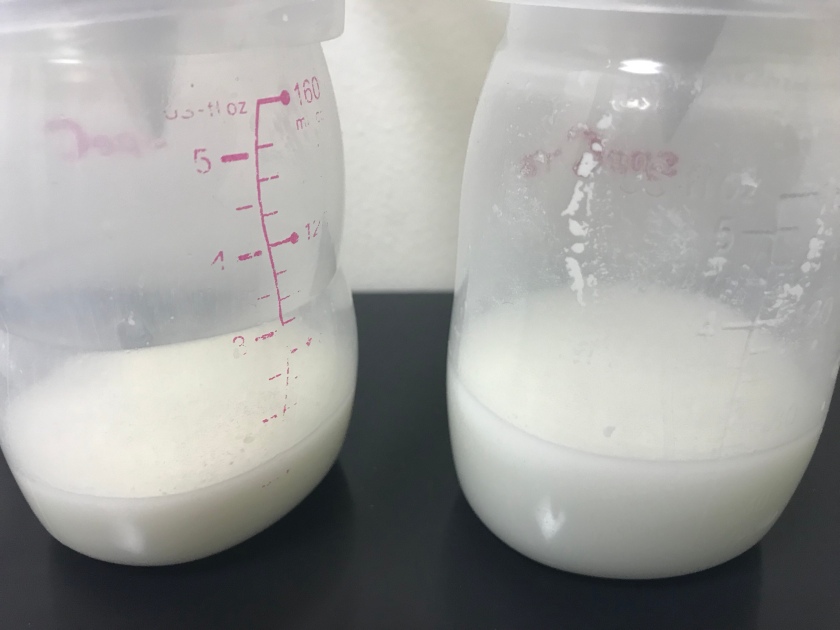 The very first day I did notice that overall I made more milk the second time I pumped.

A few days in, I had one of my best single pumping sessions ever at three ounces. 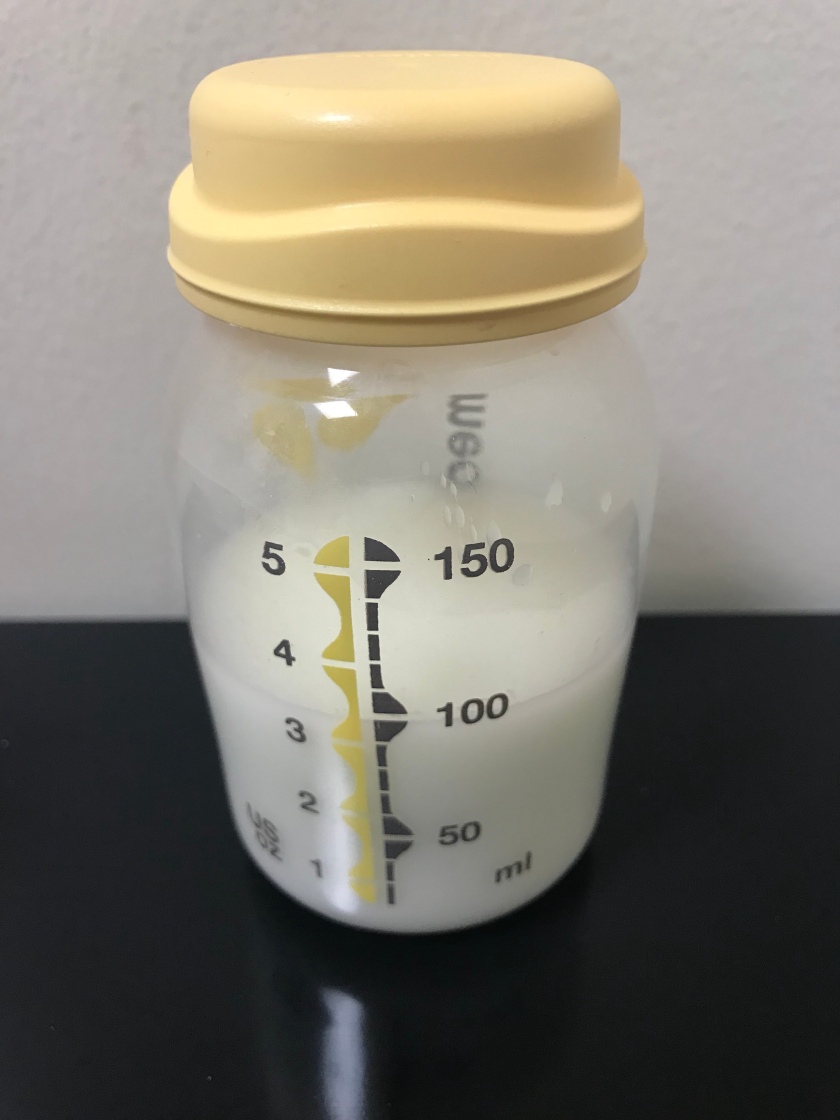 Yet despite this, even the day when I pumped the most milk overall, it was still a little under 12 oz. If I round up, to accommodate for milk droplets perhaps lost during the transfer process to the storage bottles, that’s only an extra 2 oz more than I usually pump, and that was only one of the testing days. 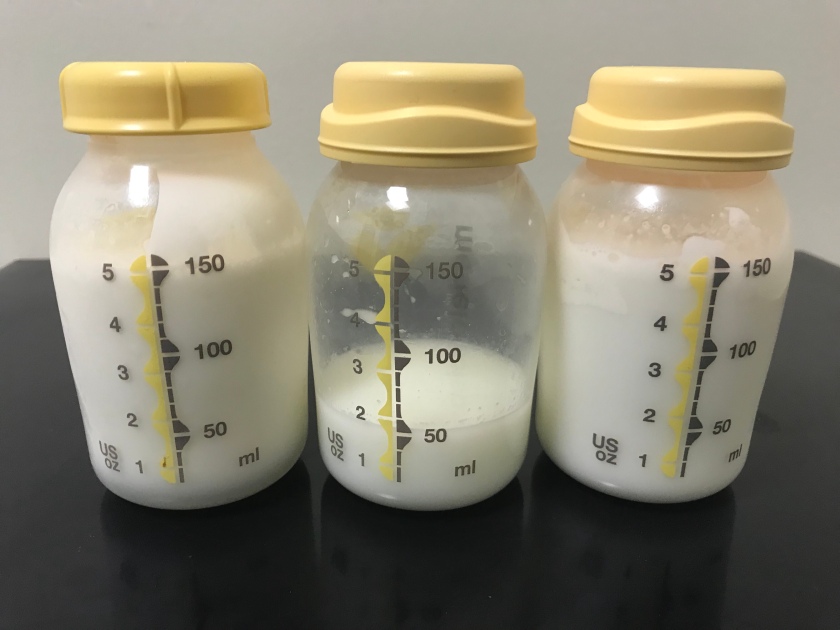 Though I was skeptical, I really wanted these products to work. Some women on the website testimonials and my mother’s groups had amazing results, which for them continued after they’d used the products for some time. My results were only slight and I won’t be continuing with the products.