I know William likes exploring every bit of the floor area at the church nursery. So it was a great day for him to be sent with his new shoes. I was able to put them on him without him fussing too much while at home and they stayed so he could show them off to the nursery teachers. 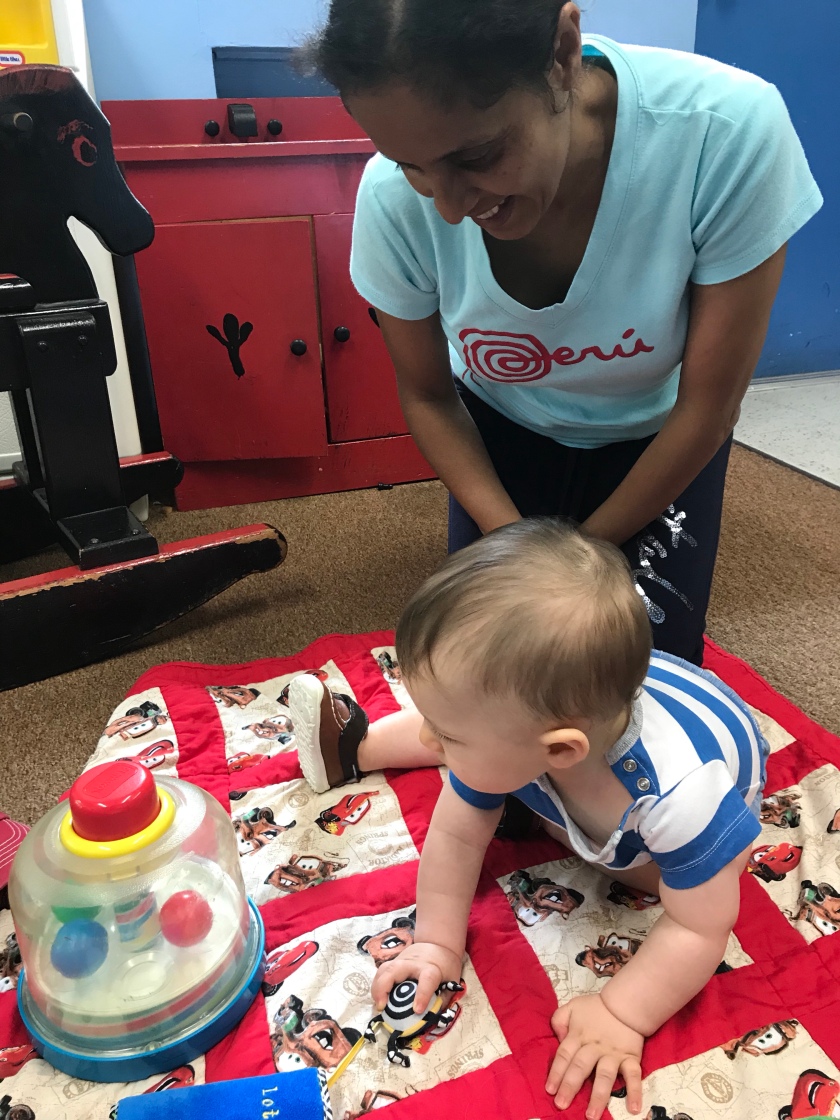 He engaged with his toys right away and it seemed like he might be amenable to wearing them throughout his time there. 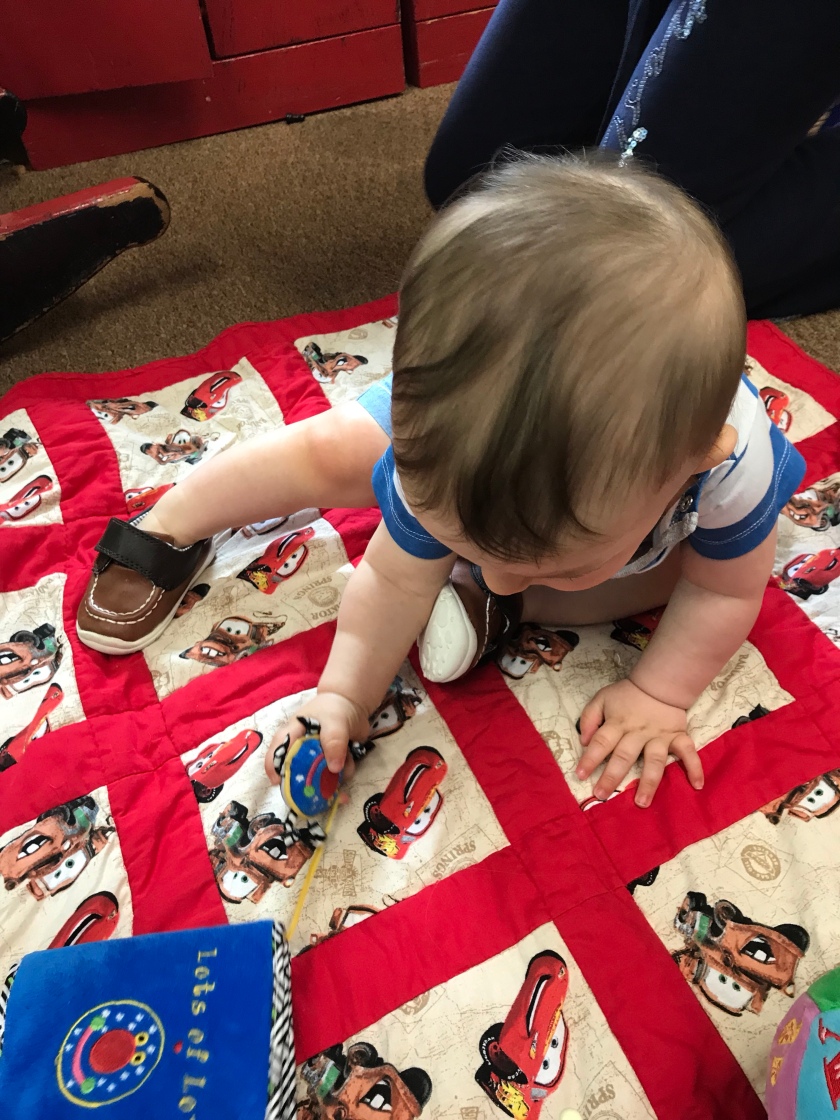 I generally drop him off at 9:30 or so, and pick him up between 11:15 and 11:45, depending on when service lets out. When I went to pick him up I was told that he had worn his shoes for a bit, then kicked them off, and that there was a little girl who’d stopped by that I might know. I wasn’t sure who it was until William and I went to the social hour where we saw Ash and her daughter, Kira. 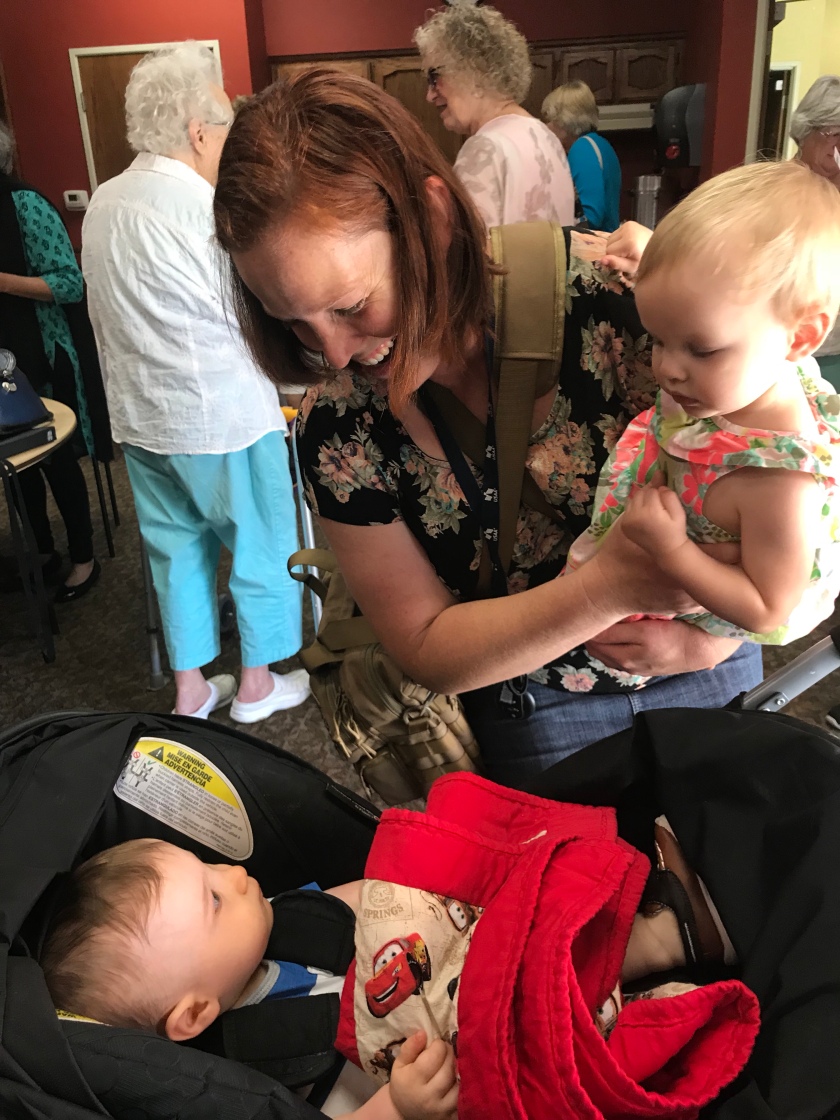 Kira had enjoyed having someone close to her age to play with. Kira had just turned 1 years old.

Ash stayed with the children for a while, they were so fast moving that she was unable to get them both in a photo, so I made sure to get them in this one and the one above. A bit later Pastor Mariellen came over and told me how glad she was that William was able to play with Kira and make friends. She even called it his evangelism for the day.