Six weeks ago I was blessed to have an absolutely wonderful baby shower. I was told to arrive early and when I got there Candy’s living room was already full of so many presents, just like it is when she hosts Christmastime at her home.

One of my favorite parts of baby showers is getting to play some cute games with a group of people in which many of the participants may not know each other well or have even met. A game that’s been at every baby shower I’ve ever attended was the estimate mom’s belly with a string, and I was very happy this one was included. We had some great guessers, in fact there was a tie as two ladies chose exactly the same length which happened to be the closest. 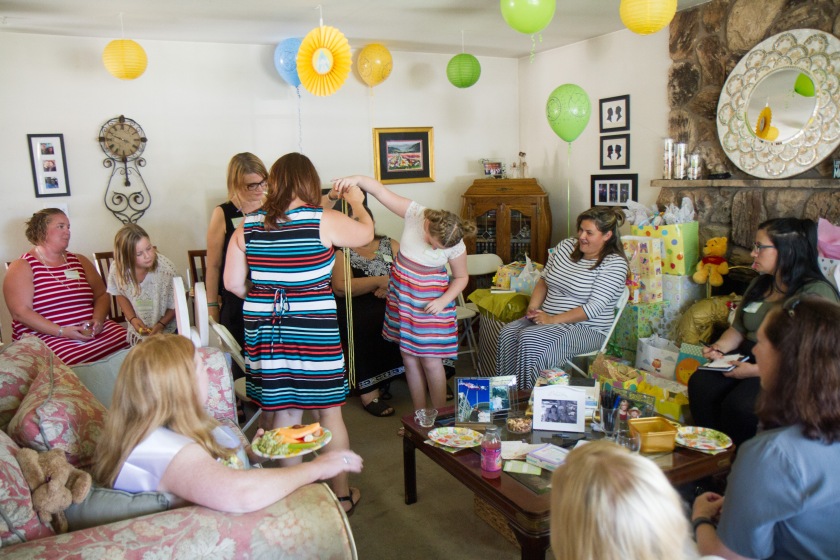 Katki and Candy both did so so much for the day. This included choosing the games. One of the coolest visually was the diaper game. At first they had wanted to have us divided into teams and use one of the team members to diaper using toilet paper, however, as Candy has dozens of stuffed animals, it was decided we would use them. I love how they all turned out. 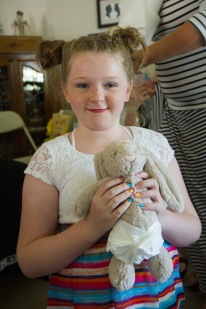 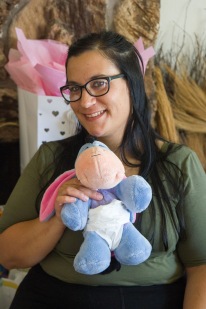 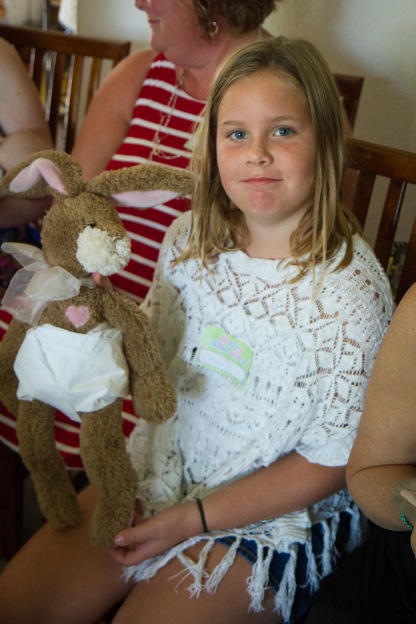 I’d been given the option to have this as a coed event, and as I’d been to several coed showers I had considered it. I’m really glad I opted for the ladies only option, it was a lot of fun to be surrounded by my fellow ladies including Erin, second from the left, who herself is expecting a child in December.

It was so great seeing everyone altogether and I think they had a great time as well. 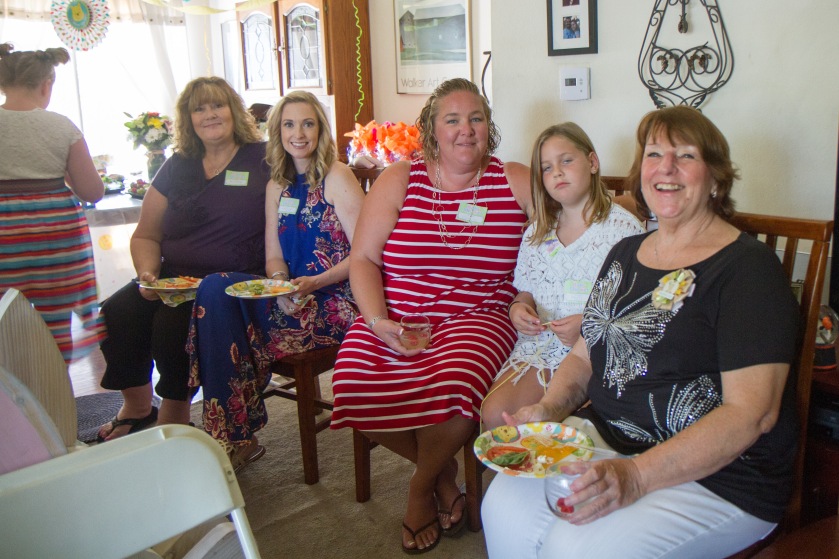 I just love this shot of the reaction to what I was opening. As many guests brought things with them, the pile of presents in the first shot was actually only about half of the many things I was generously showered with.

I love this shot of Candy and Katie. Katie was so much help to me that day taking in her van half of the gifts to our apartment, I would have needed to have returned another two or more times if not for her doing this as I don’t have that much room in my car.

I’m so grateful also to the hostesses for my event including Katki who came up from Hollister..

and Candy who opened her home for the event.

I know having Gestational Diabetes I’m supposed to avoid meals with too many carbs and sugar as a whole. Still, I’d worked out a schedule with my Dietician for the day including eating the food in stages lunch then cake after a break, others ate cake while I was unwrapping gifts, which worked out well.

So I was able to have a piece of my cake, which was chocolate my favorite, along with my guests (just not at the same time).