One of the parts of motherhood I’m looking forward to a lot is playing with our new baby. Babies learn a lot through play, and it’s a great way to bond with them as well. This week I received my fifth box from Bluum and inside was this large plush toy, The Giggle Hippo Musical Pull Toy by Manhattan Toy. Just from a quick glance at the toy, it’s easy to see how infants including newborns would be very attracted to playing with it.

This colorful toy was part of my fifth box in my subscription. In addition to the careful packaging, as is typical the products seemed to match each other in color and tone. 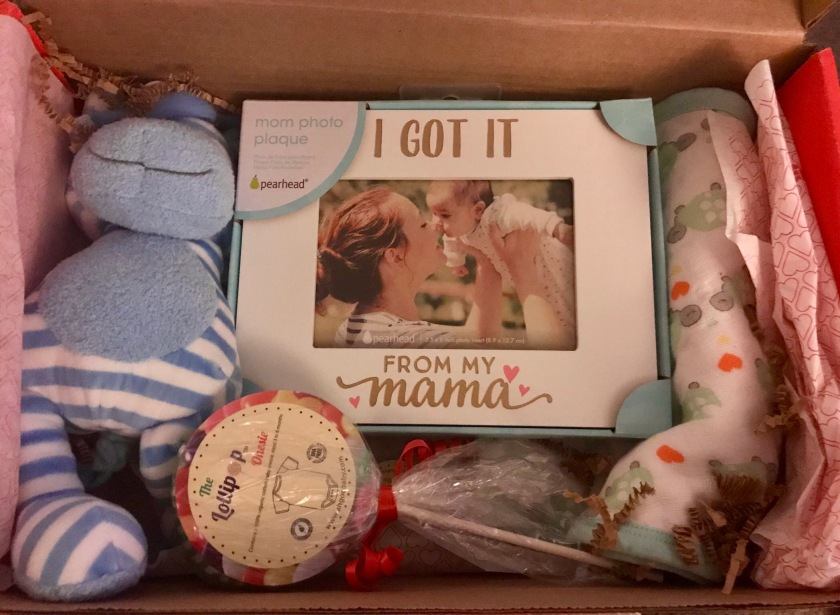 This box was described as the Welcome Box shipment, as our baby is due this month. As s/he is listed as to be determined for gender the products tended to be a bit more on the neutral green side including the onesie (rolled up as a lollipop shape). 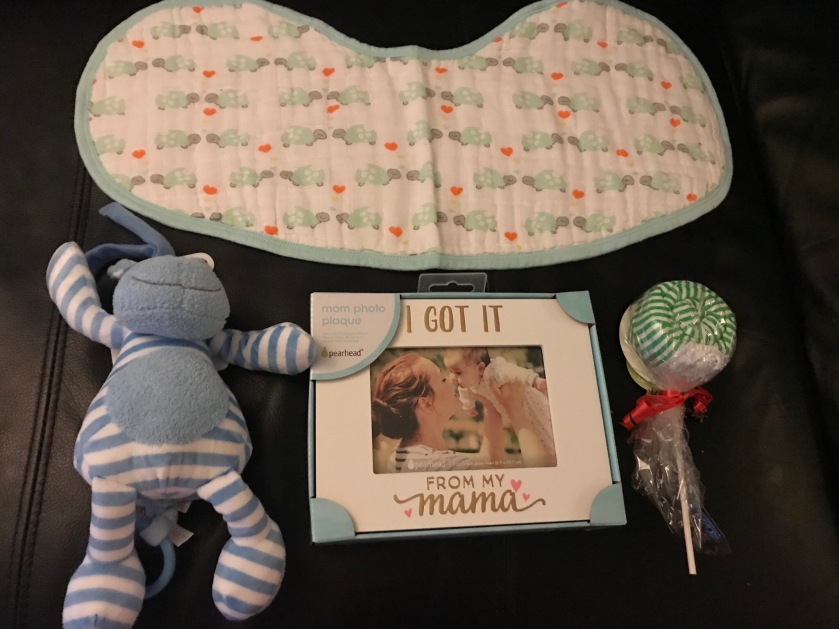 According to the email sent by Bluum, the toy is a musical one that plays a lullaby by Mozart. At first I tried putting the toy up to my Bump for baby to hear. By squeezing it gently I got it to play a few notes.

The zebra’s face is warm and engaging and as the features are sewn on thread, it does seem very safe for a newborn.

Still, there had to be a way to get it to play music. The instructions had said to pull gently on the ring, and with a few times to get it to work, Matt was able to get it fully extended to play the song. 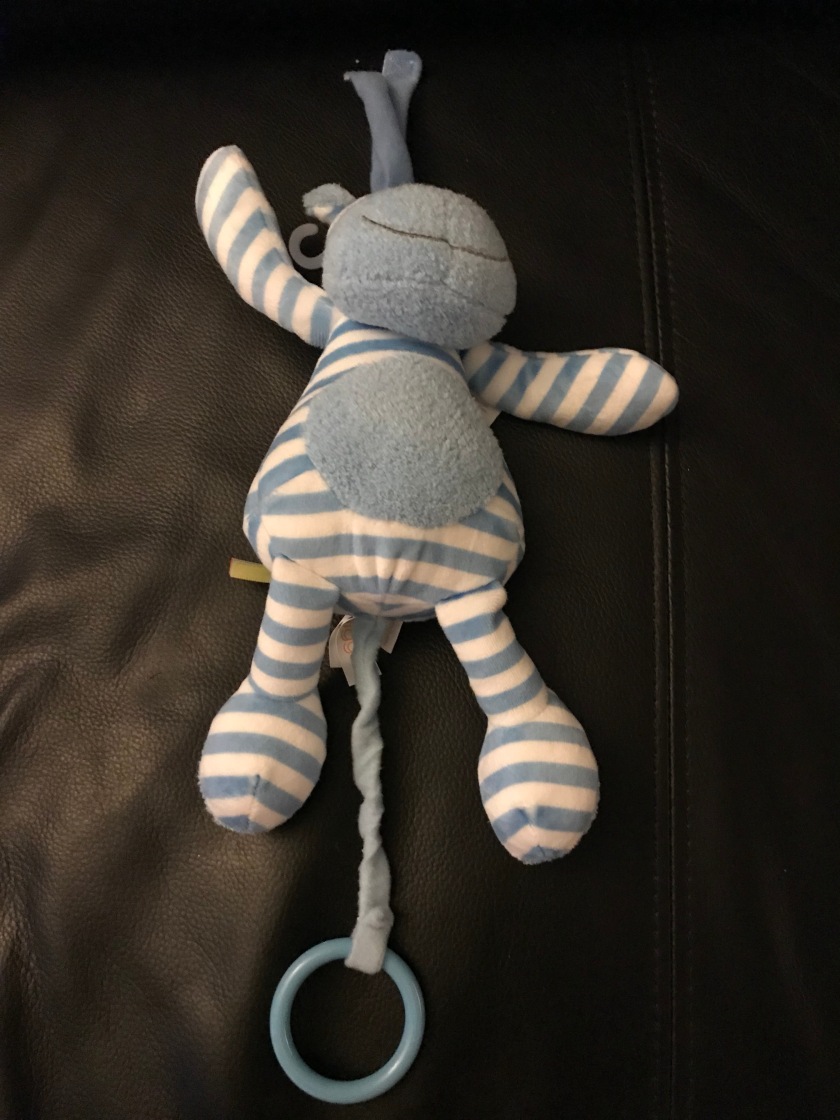 When fully extended the tail slowly starts winding back up, playing the lullaby throughout. 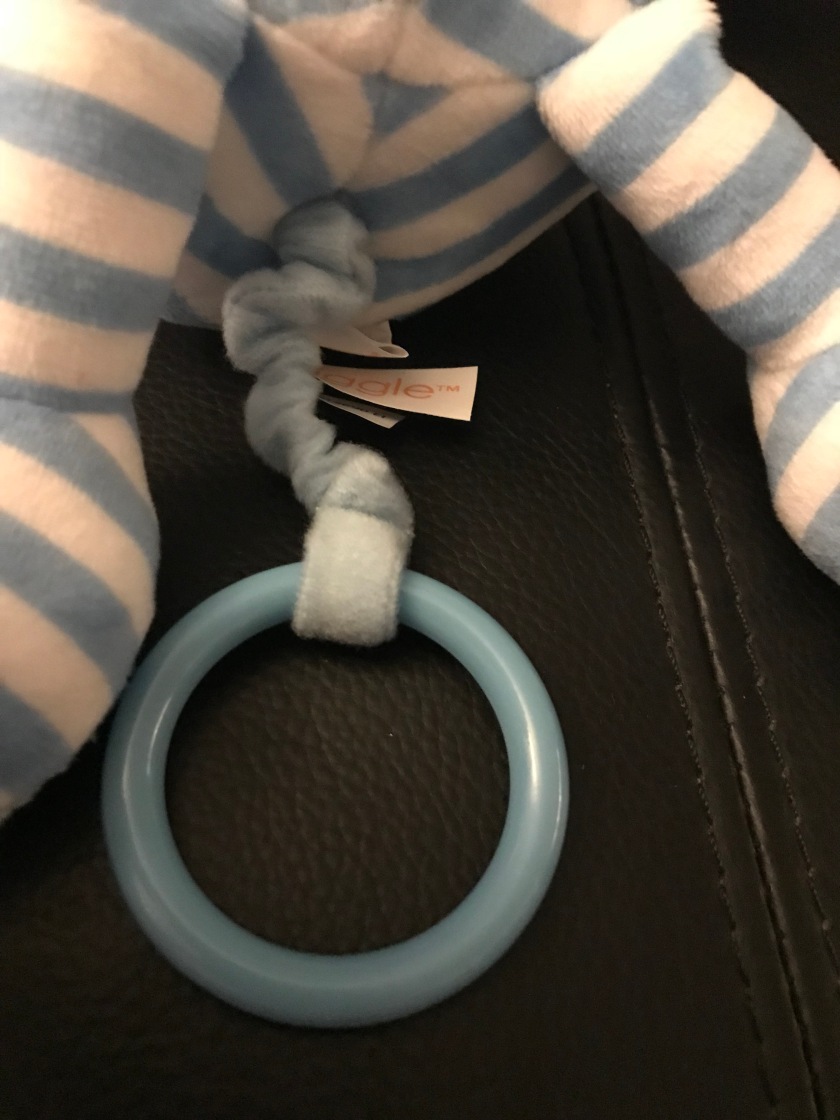 If I hadn’t been told the lullaby was a Mozart song, I would not have recognized it. Still it has a melody babies should like. As it had the ring and tail pieces which could in theory be torn, ripped or bitten off, adult supervision is required.