With gifts opened on Christmas Eve per Candy’s tradition, it was time for stockings on Christmas Day. Candy showed William his stocking and told him it was full of mini presents for him.

On Christmas Eve we had put our milk and cookies for Santa and carrots for the reindeer.

With the reading of Santa’s personal letter to William, and the prepared plate the night before, we were definitely ready for Santa’s visit.

It had been many years since I’d left out items for Santa and his reindeer. So it was a delight to wake up to another letter from Santa to William. Santa’s letter had a beautiful message, however, William was in a fussy mood. As Santa suggested, we will save his letters for him to read on his own when he is older. 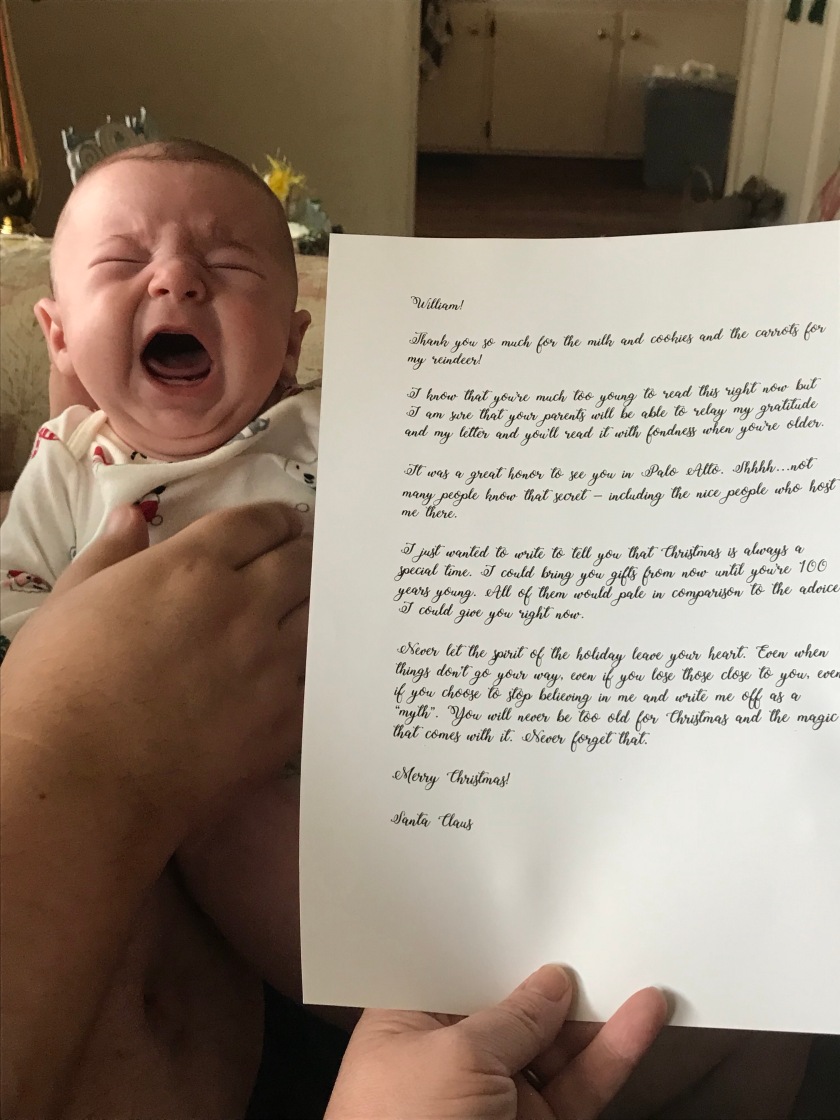 We loved seeing Candy’s reaction to the first stocking stuffer she found.

It was the Grandbaby’s First Christmas 2017 ornament on the left from Hallmark, one of her favorite companies for Christmas items. The mini wood canvas on the right was a stocking stuffer from me to Matt. 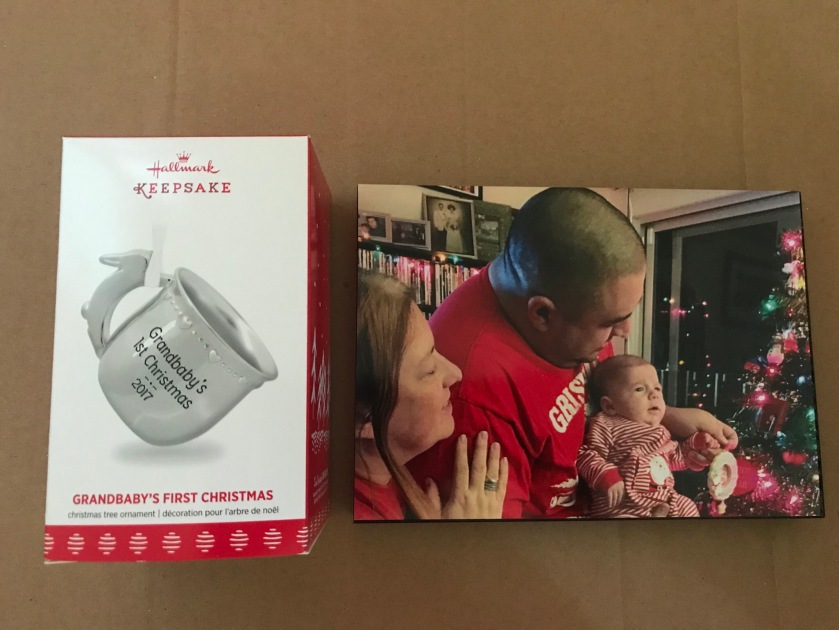 William’s stocking was full of colorful toys including one from Candy and one from Matt and I to hang down and provide entertainment for when he is in his stroller.

He also received practical gifts including a onesie (wrapped up to resemble a lollipop), eating utensils for the future and a new soft book he can hold in his hands. The stockings I received as a child also had a mixture of fun and practical gifts.

Martin joined us for the day and even helped out by giving William a bottle. 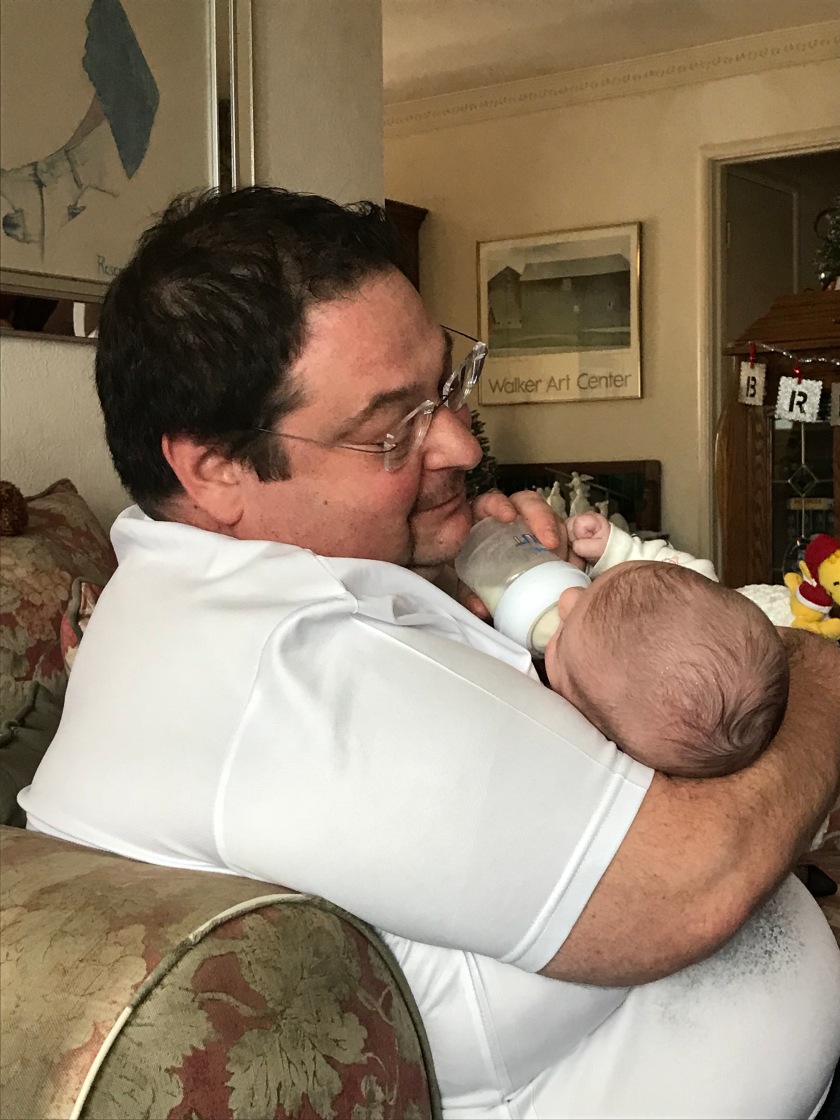 Steve joined us as well. He helped me do a quick shot of William in his stocking. Unfortunately, William did not like the idea even though it resembled swaddles which we use to help him sleep. 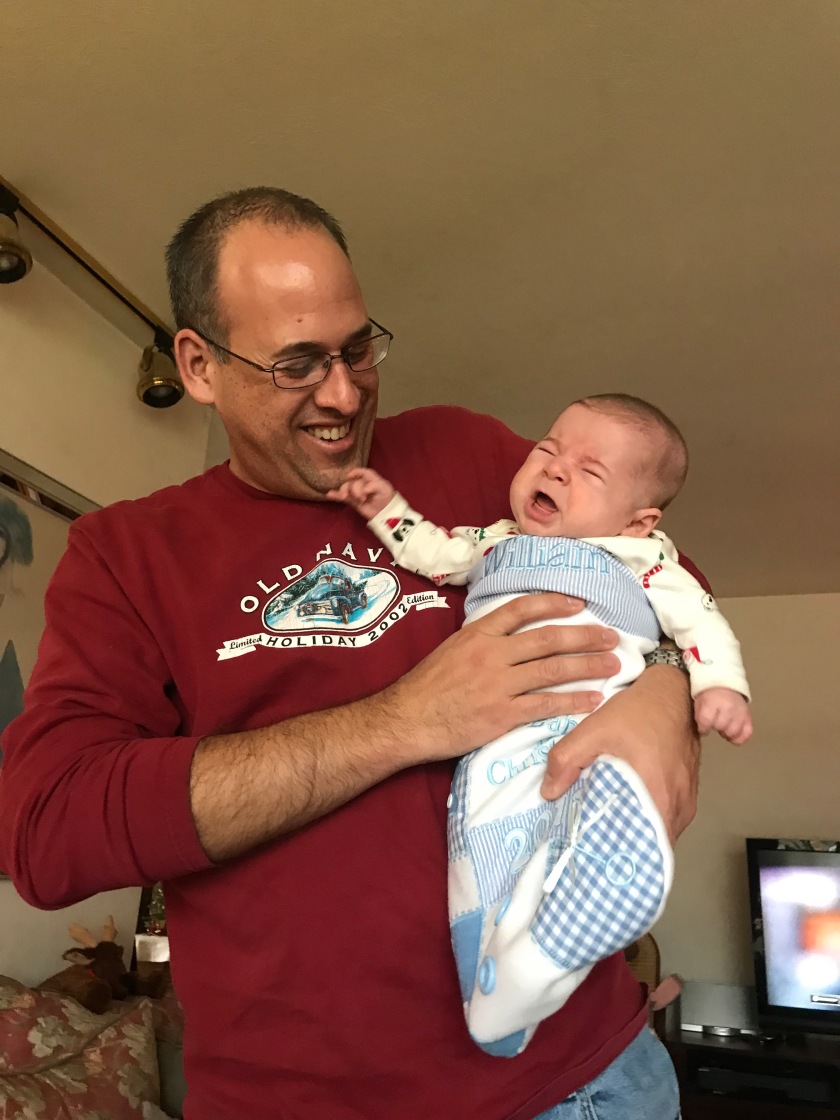 Though he is of course too young to use it on his own, Candy wanted to help William try his hobby horse. 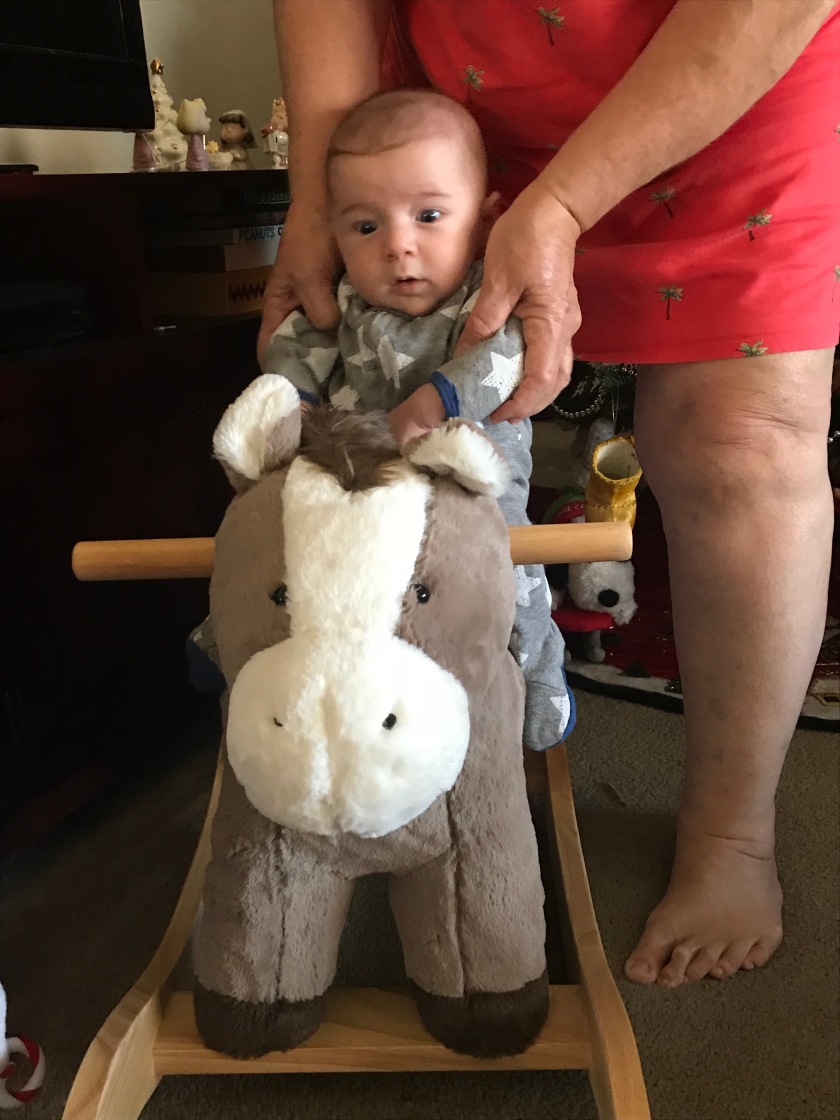 He looked pretty excited to be on it. I look forward to him being able to use it fully in the future. When he is old enough he will get presents from family on Christmas Eve and presents and a stocking on Christmas Day.