Originally, Matt and I had planned for me to potentially take all of the Paid Family Leave (PFL) that California allowed for bonding which would allow me to return to work on January 29th. To do this, I’d started interviewing for several positions to find the right one for when I was ready to return. This included interviewing at a company I’d worked at several years ago for over three years (leaving when the company I had been contracting through had lost their contract), and an innovative start up. All my interviews went well, and after considering all offers, I chose the one at the start up. This meant I had to return to work earlier than anticipated, on January 2nd.

For my first day my recruiter has said to dress up a lot, as if I was dressing for another interview. So I wore a gray blazer over a black dress, a look they had not seen from me in the interview process. I soon learned that the person who I was replacing had been promoted and that I had big shoes to fill. She wore dresses every day, and while I was allowed to wear business pants, it was expected that I would wear a second layer: blazer or sweater on Mondays through Thursdays.

It turns out I started on a great week for several reasons. The company had just moved into a new location, so all of us were starting with learning the new location at the same time. My desk is long and white and completely empty. My first few hours were spent setting it up so I could find things.

With my first day being a Tuesday, this was a day that Candy was watching William. I knew he was in great hands for the day. Candy had sent me a video and pictures of him so I could see what his day was like. 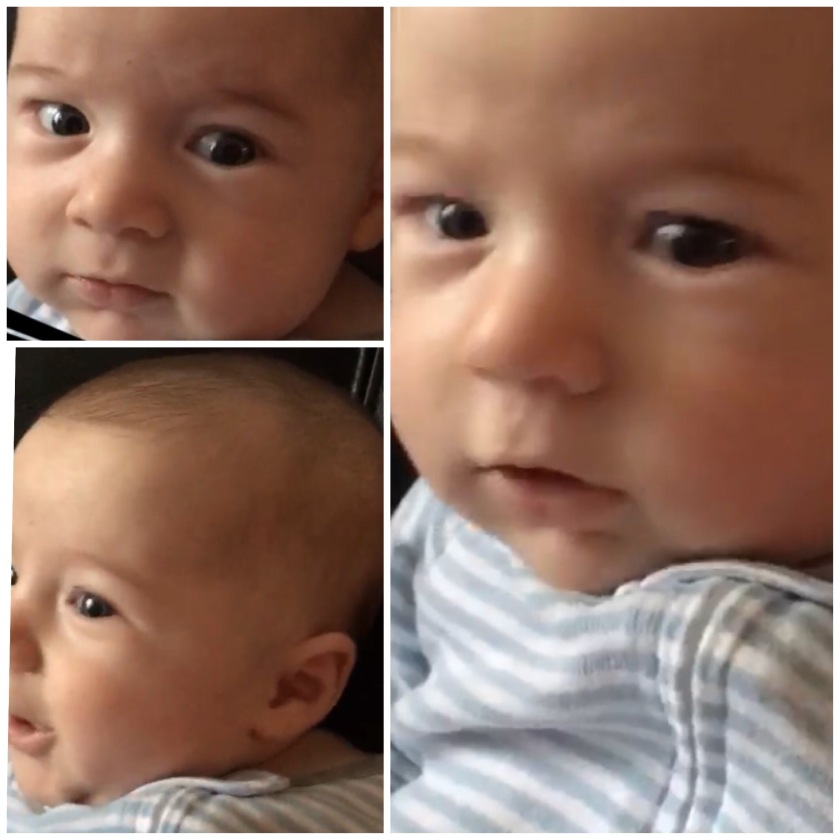 In efforts to make more breast milk, I’ve tried many things. Several moms from my moms groups had suggested Gatorade. While I don’t know if it truly works, the company has break rooms with drinks in them including many flavors of Gatorade. I will be drinking several a day just in case it helps. 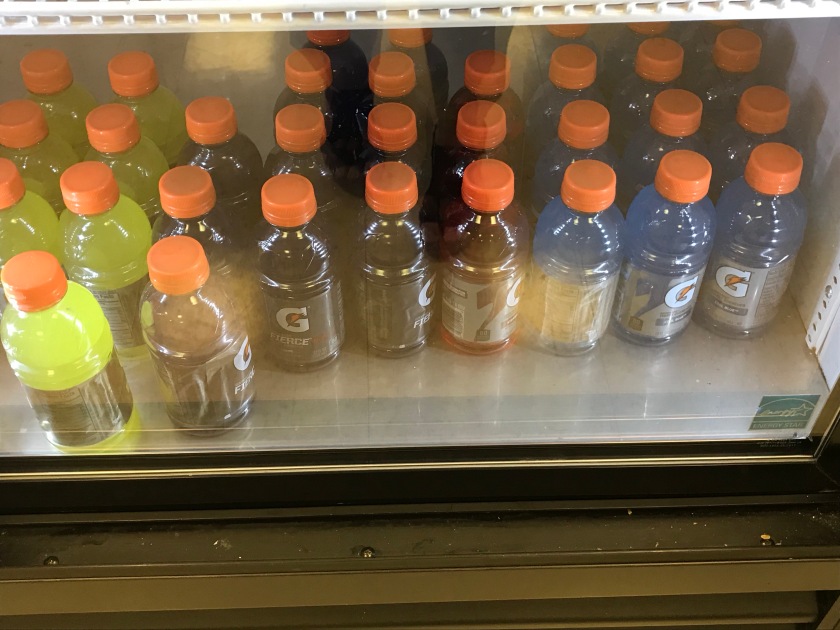 Blaney and I had had a talk last week about strategies for going back to work. One thing she recommended was finding and getting comfortable with the Mother’s Room early on as I’d be using it several times a day. The room turns out to be very close to my desk. It features a long comfortable couch and lightweight table. 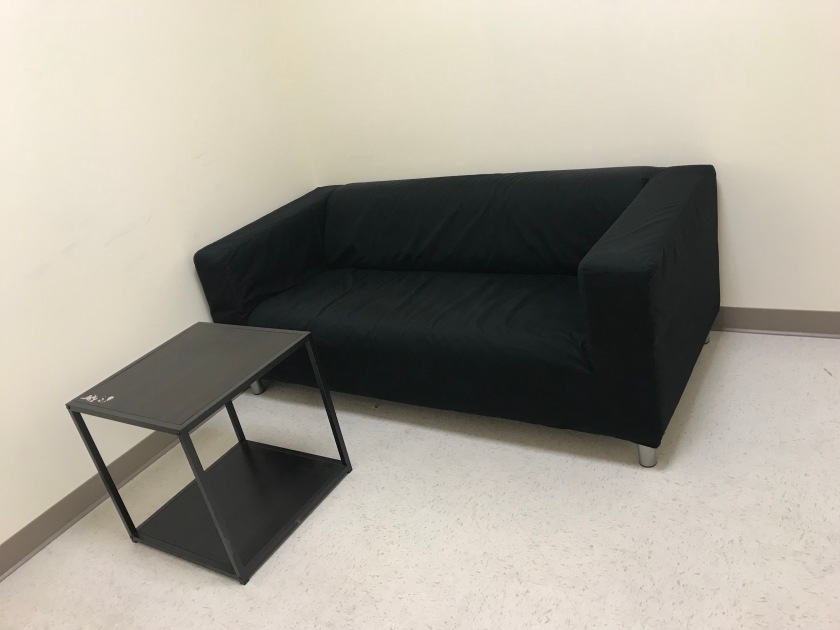 While it does have an outlet, which is key for me as the only breast pump I have that can do two sides at once is a plug in electric, it does not yet have a refrigerator. Technically, California law says it doesn’t have to have one, however, it can be very helpful for milk storage.

There is a fridge right underneath my desk. While its main purpose is to store water to give visitors, I’m also allowed to use it to store my own things including my lunch, snacks and other things to be kept cold. 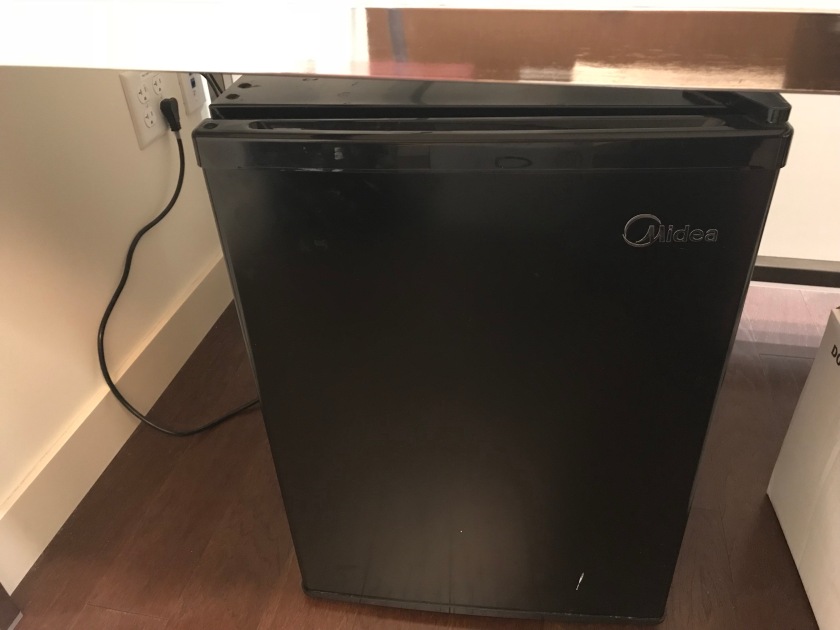 This is a storage cooling container I use for when I am away from home. 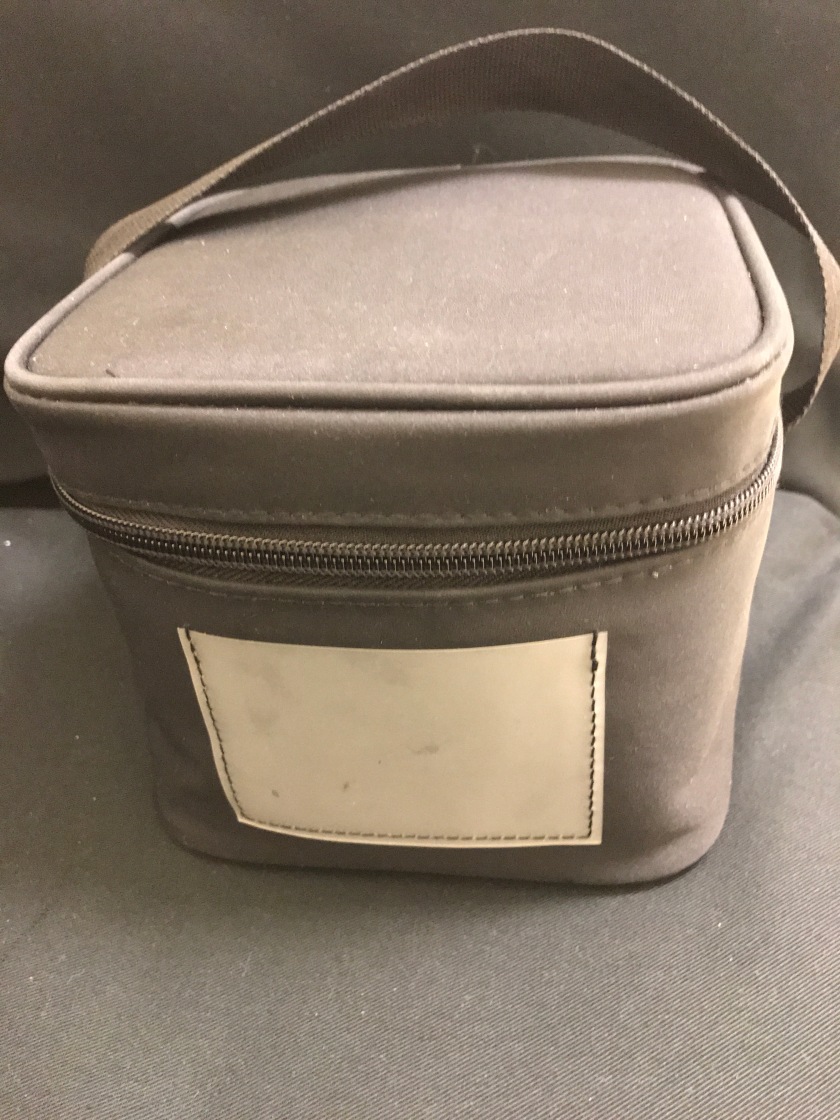 Inside, the freezable divider can keep these four containers cold for 8 hours. A potential problem would arise for me in that just the job is nine hours a day, eight working and one lunch, to say nothing of the commute to and from work. Luckily, I can put the container and bottles in my own fridge here and the divider into its freezer component.

However, I’m not the only lactating mom here. I’m one of there, each of whom also is returning to work after maternity leave and is thus very motivated to be pumping as well. So we have to share the room. Two of the moms, myself included, are ok with using the room at the same time if need be, especially as we have long nursing scarves, however, the third is not, so we made up a nursing schedule of who uses the room and when. With William not feeding from me directly during the day, I’ve been able to pump and freeze some milk for later usage during the week. 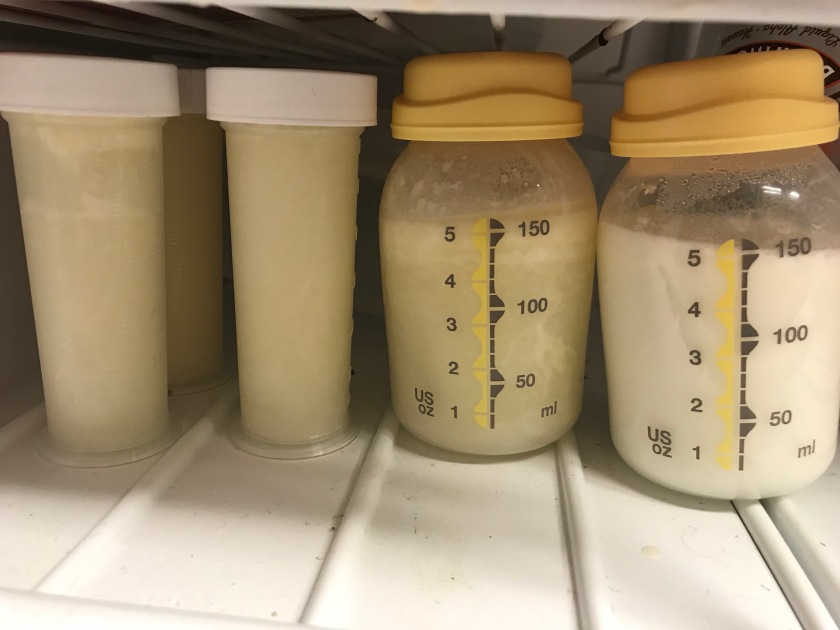 On Wednesday William had his first full day of daycare. Maribel sent me a wonderful video of her showing him his reflection and telling him in English and Spanish that he was looking at himself and how handsome he was.

Even when he’s napping at daycare, he seems to do so with such intensity. 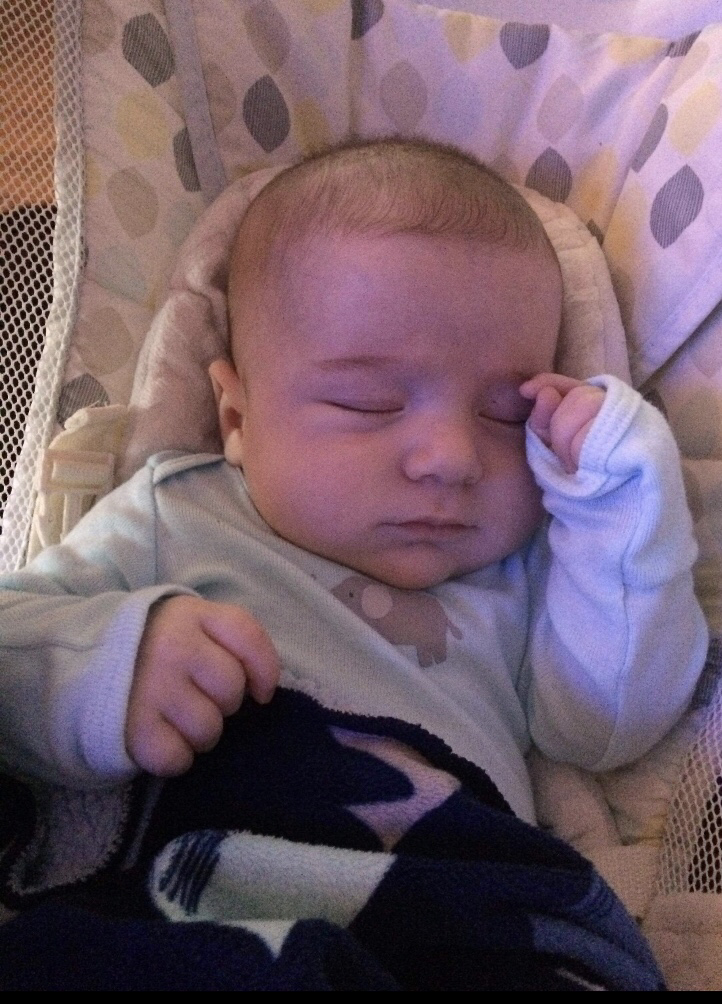 I just love seeing how happy and alert he is. Even just being in a highchair waiting for his milk to be heated up,

The job is a reverse commute, so I am able to get to work in a good amount of time. While more people may return to work next week, it should still be an easy commute. Each day I come in early, go to the Mother’s Room and pump, then get my desk ready and start work. I’m pumping also during my breaks and during lunch where I power pump starting with twenty minutes on, resting for ten, then resting and pumping in ten minute increments.