It’s hard to believe for us that William is already eleven weeks old. We do see some of the more coordination in his movements. When turning towards something, such as a toy, or away from it, such as a hand trying to do an outfit change, it’s clear his movements are increasingly deliberate a good deal of the time more often.

We’d noticed even weeks ago his sharp motions which have now become a bit more refined. 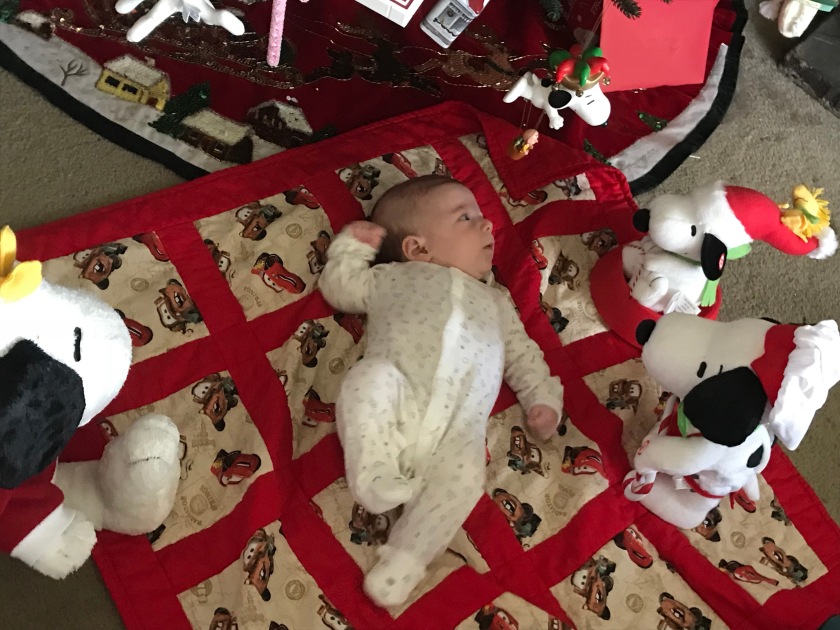 I really never tire of watching his sleep, in large part as he’s still sometimes active while sleeping including sleeping drinking (he must be dreaming of milk)  or kicking out a leg or two. I’m not quite sure what ninja-like thoughts ran through his head when I captured this pose. 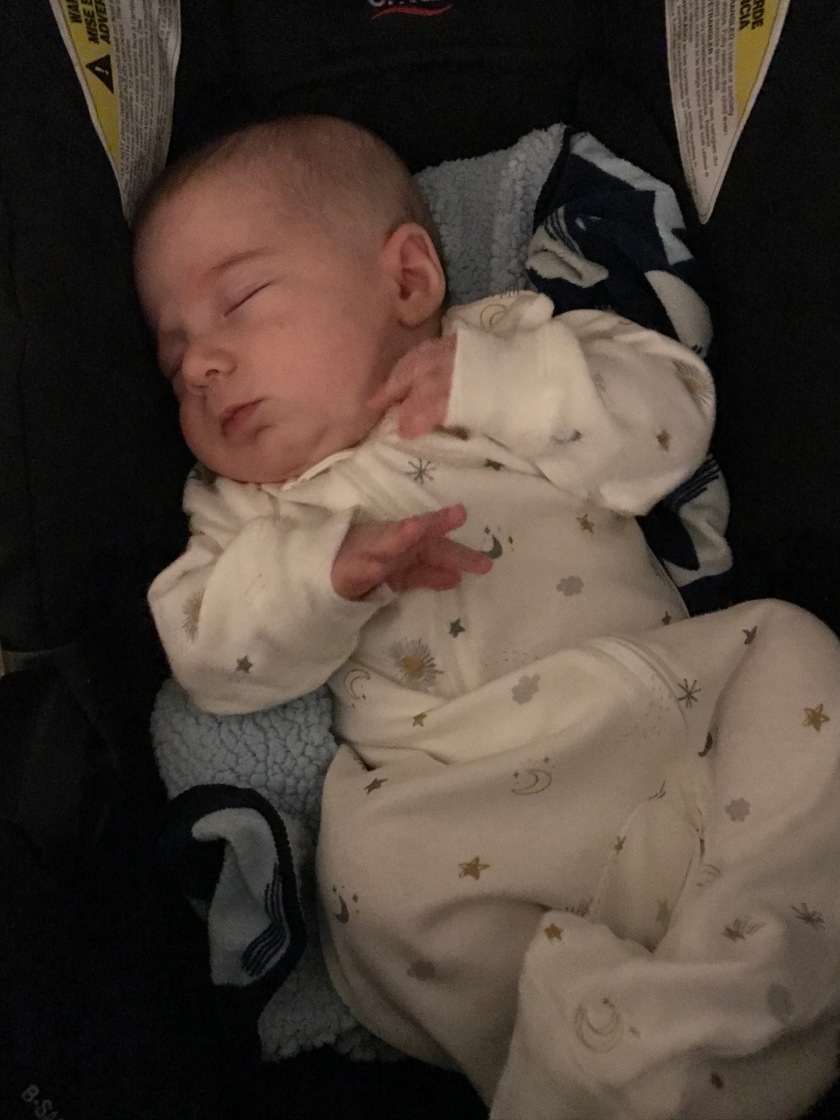 As Matt and I are first time parents, sometimes people point things out to us the reaffirm thoughts we had as accurate. We’ve  thought recently that he was a very active engager in his environment, like he is in this photo above, looking so confidently and smiling at me as I take his photo. 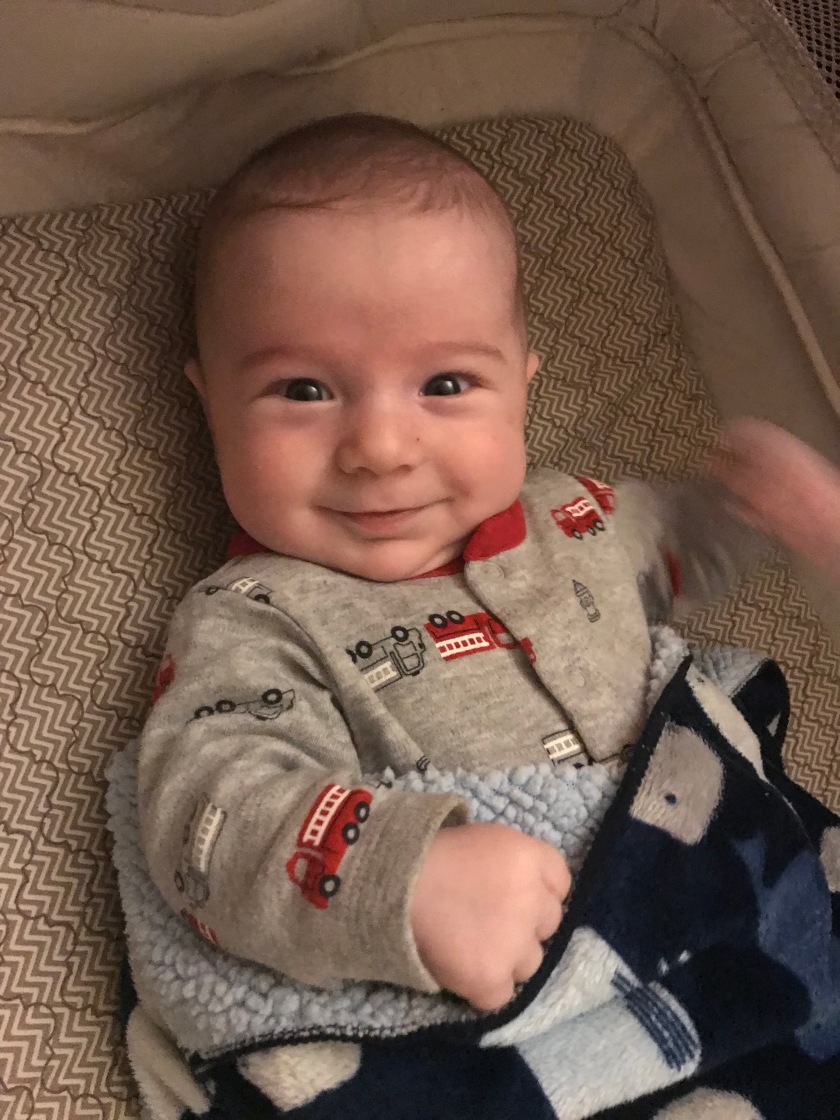 This was confirmed for me on Sunday when he made his church debut and the head day care person had told me how very alert he was for his age. She described it as the alertness you’d see in a baby who was four, maybe even five months instead of not yet three months. 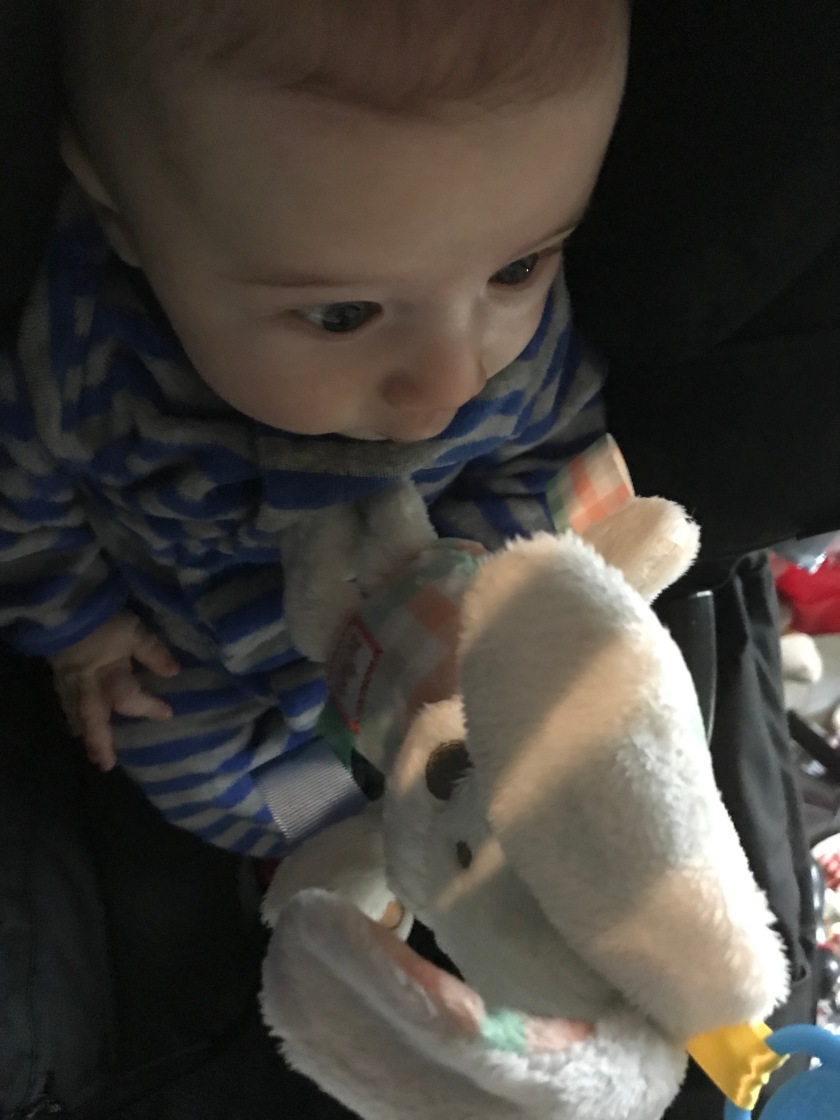 In the above photo I’d let him see his rabbit toy dangling near his head for the first time ever. He’s so focused on it.