As parents, Matt and I are delighted that William will be exposed to English and Spanish both at daycare. This may help make it easier for him to learn and retain Spanish, a commonly used language in California, at a later age. To help his learning and retention, I bought two bilingual books for Maribel to read to him including Numbers / Numeros. I first noticed this book due to the soft area on the front where a baby can feel what the down of a chick (un pollito) might feel like.

I love the concept of this book as it will help babies learn numbers and other fun words, in addition to providing things for them to touch. Babies are definitely tactile learners so anything that incorporates touch in as well will be useful for learning. 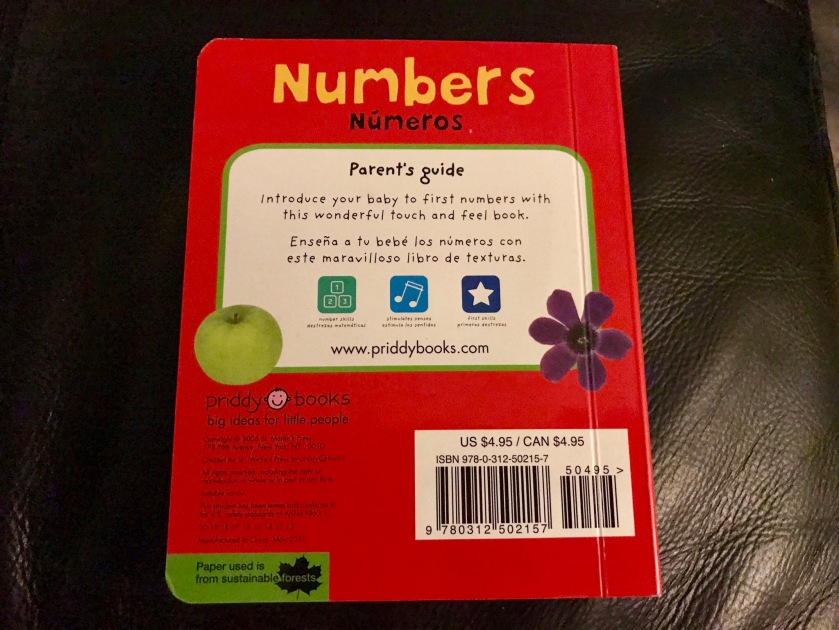 The first pages feature the two chicks with one having a soft belly texture that can be felt.

In the next pages, with multiple items, different colors, shapes and kinds of items for each number are introduced. I think babies and young children will like the variety of the represented animals or objects.

The next pages features similar looking  racing cars and simple two level boats. Unlike other pages, there is really nothing to feel on them that is different from the rest of the book material. 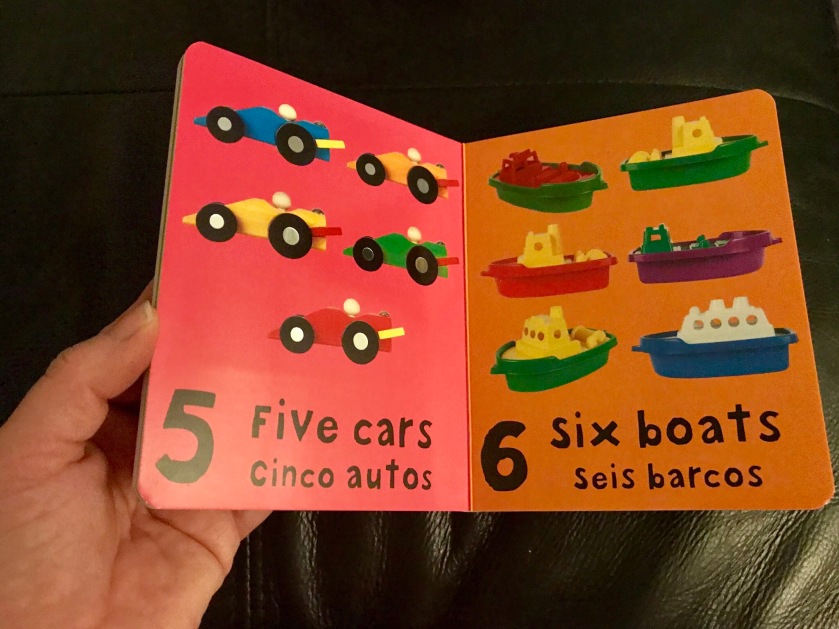 It was when I got to the page with the different balls, yet similar looking sheep, that I started wondering, how important was it that the objects or animals were similar, and would this be confusing and/or distracting for babies and especially toddlers and above.

The similar looking cups which are raised are opposite the many ten different dog breeds, which are also not raised or feel different to the touch. 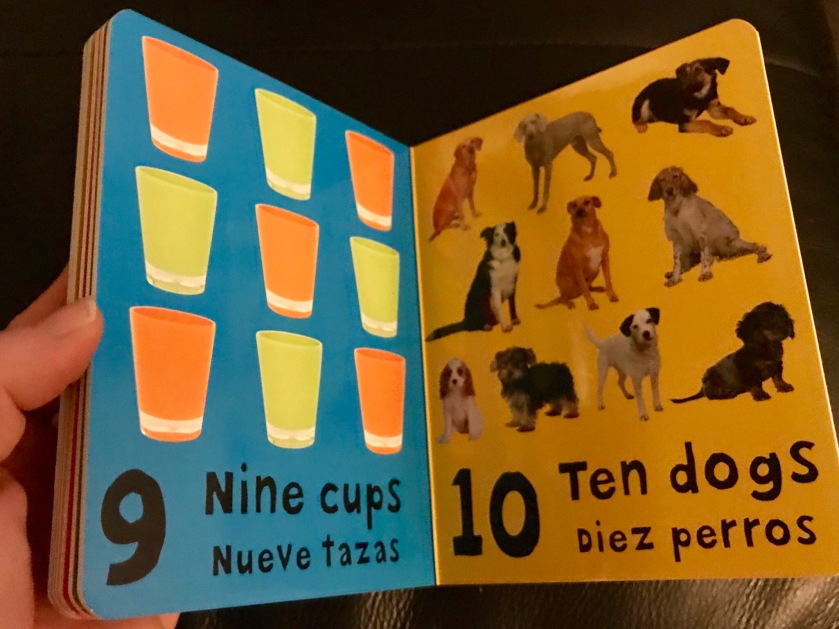 A few other thoughts I had about the book included why there was no pronunciation key for the Spanish alphabet. For example the letters rr when together in Spanish involve a tongue roll, and are not said as say an extra long or emphasized r. The point could be made that the book is mainly for bilingual individuals, yet I could see someone who knows some Spanish or maybe none at all trying to learn alongside their baby. Pronunciation is important, even for our youngest future Spanish speakers. In terms of the actual book, I wish it laid flat, as in my experience lay flat books are more sturdy, and I can see this book being a favorite and needing to be strong to do so.

While the appearance of some tactile pages and not others and no pronunciation key, as well as possible distraction from some objects and animals being so different on the page from others, overall this book will be a great addition to a child’s library.