Every so often my Facebook program On This Day reminds me of a time I hadn’t thought about in many years. This was the case when the memory for the time Colleen and I went to The Retro Dome for the Rocky Horror Picture Show Experience. This was the second time I’d seen Rocky Horror, the first had been in a theater as a teenager in a rite of passage as most people my age had gone. This time, I knew a bit more what it would be like, so I decided to dress up in costume as one of the characters, Magenta. 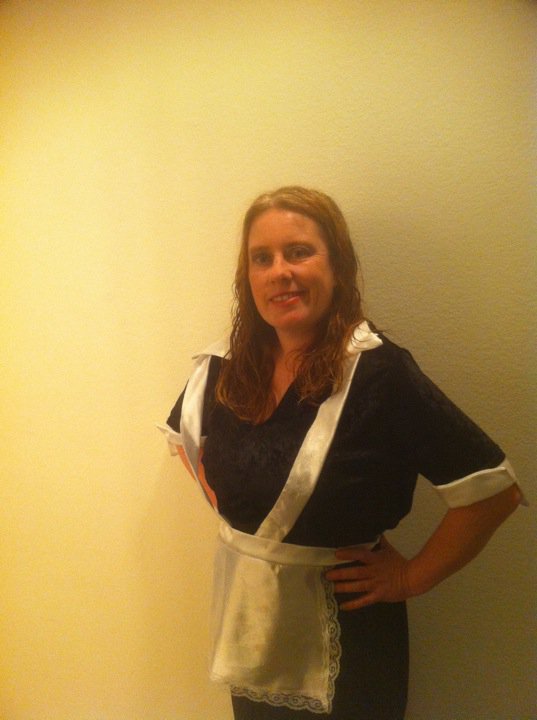 I was so excited to be going that in my naivete I posted a picture of our tickets, complete with a scannable bar code on Facebook. Luckily, no one used them to get in before us. 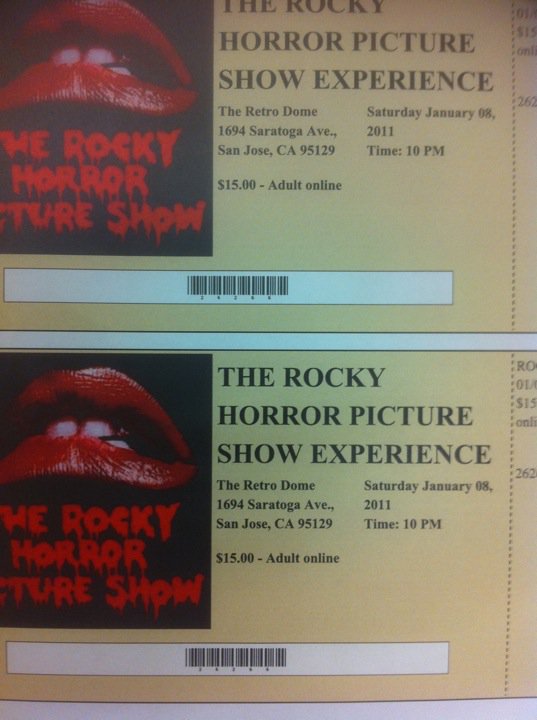 Colleen and I had a lot of fun with the show. There are a lot of songs that the actors on film, the actors on stage and the audience sing. For this reason this show, as many at the Retro Dome were, was a sing along for everyone. After the show the actors graciously allowed people to take photos with them. The first one I found was of course the actress playing Magenta. As I had an authentic costume (at least according to the package) I was surprised that mine was so much shinier and with a shorter apron. I also didn’t have the option of the maid hat. 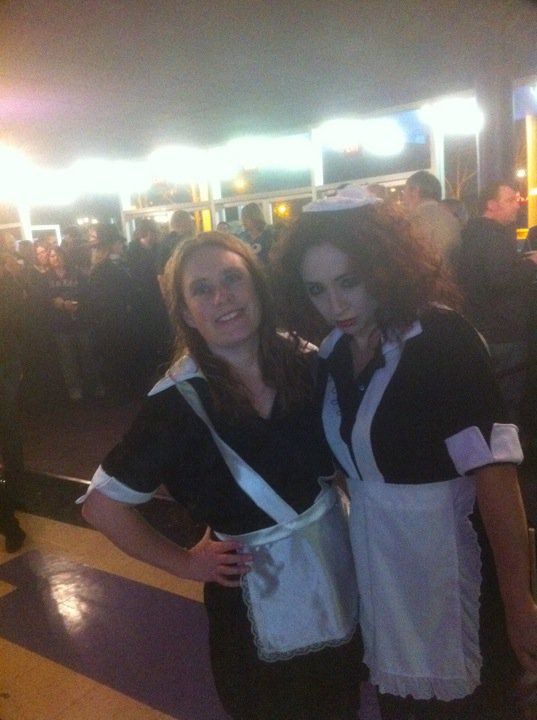 Everyone wanted to have their photo taken with the actors, so I really appreciated the actor playing Rif Raff sticking around to let me take a photo with him as well. I’m amazed that I don’t have a single photo of Colleen from this event. She didn’t have a costume on, yet it would be fun to have a photo of what she wore. 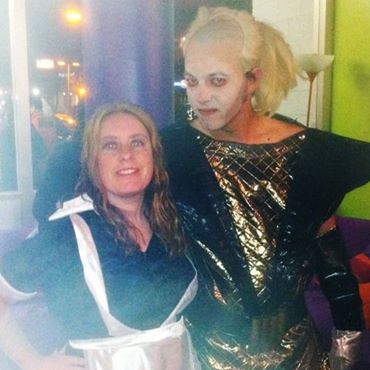 Colleen and I would went to several other events at The Retro Dome including the last event when we heard it was closing down. It was a great place to have a fun and inexpensive night out. I will have to go to a Rocky Horror event again at some point, and perhaps also go some day with Matt and William when he is old enough to stay up and appreciate it.