I had a concept in mind for William’s three month shoot based on some fun outfits he had received as a present from his Godparents on the day they met him. While I did use one of those for this shoot, the set turned out to be a bit big for him. So I adapted my photo shoot ideas and believe this came out even better than I had originally intended. This time this collection only includes one landmark date photo, actually the only one I took of him. While he’s not smiling in it, it perfectly captures the awareness in his eyes, his happy feet and how the W casually leans and he is inadvertently holding it up. 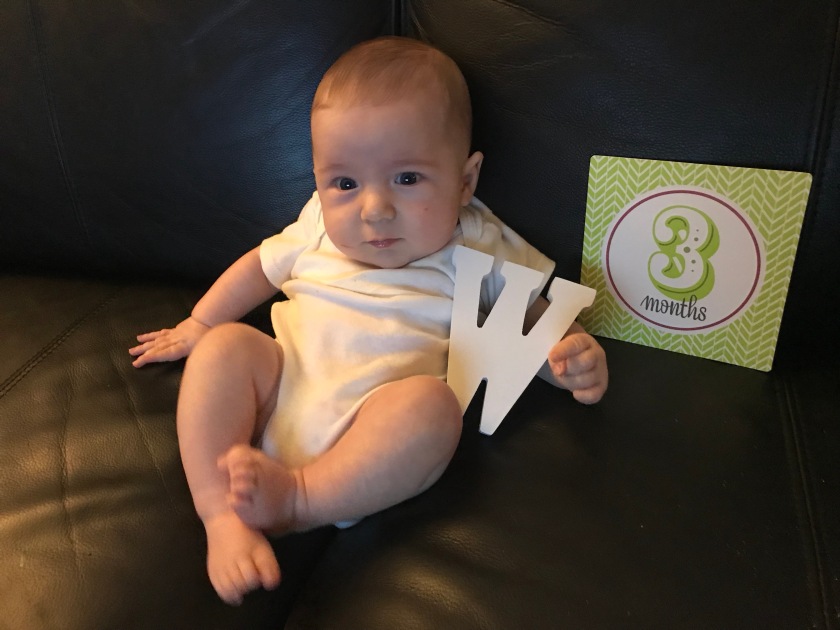 This photo shoot features photos of William that are less posed, and in some cases not posed at all, sort of a mini day in the life of him. A few minutes before I took the above photo with him, I took a photo of him enjoying watching Wild Kratts Creature Power on KQED. William is fascinated with television programs with a lot of movement, and this one has bright images that move fast, in addition to being educational. Today’s show featured the rare creatures known as narwhals. William was actively watching the show and did not see me taking the photo of him or ones of the screen at all. 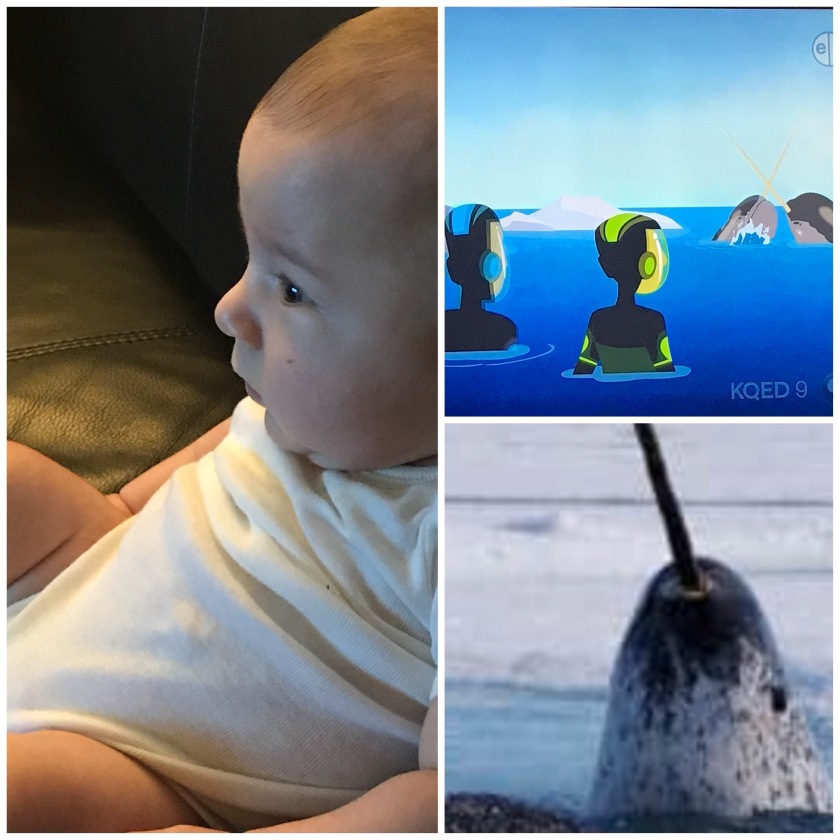 The outfits from his Godparents that I was originally going to build the shoot around feature our football team, The San Francisco 49ers. He loves gripping things including my hair, which I try not to encourage, and my finger as he does here, which makes me smile every time. 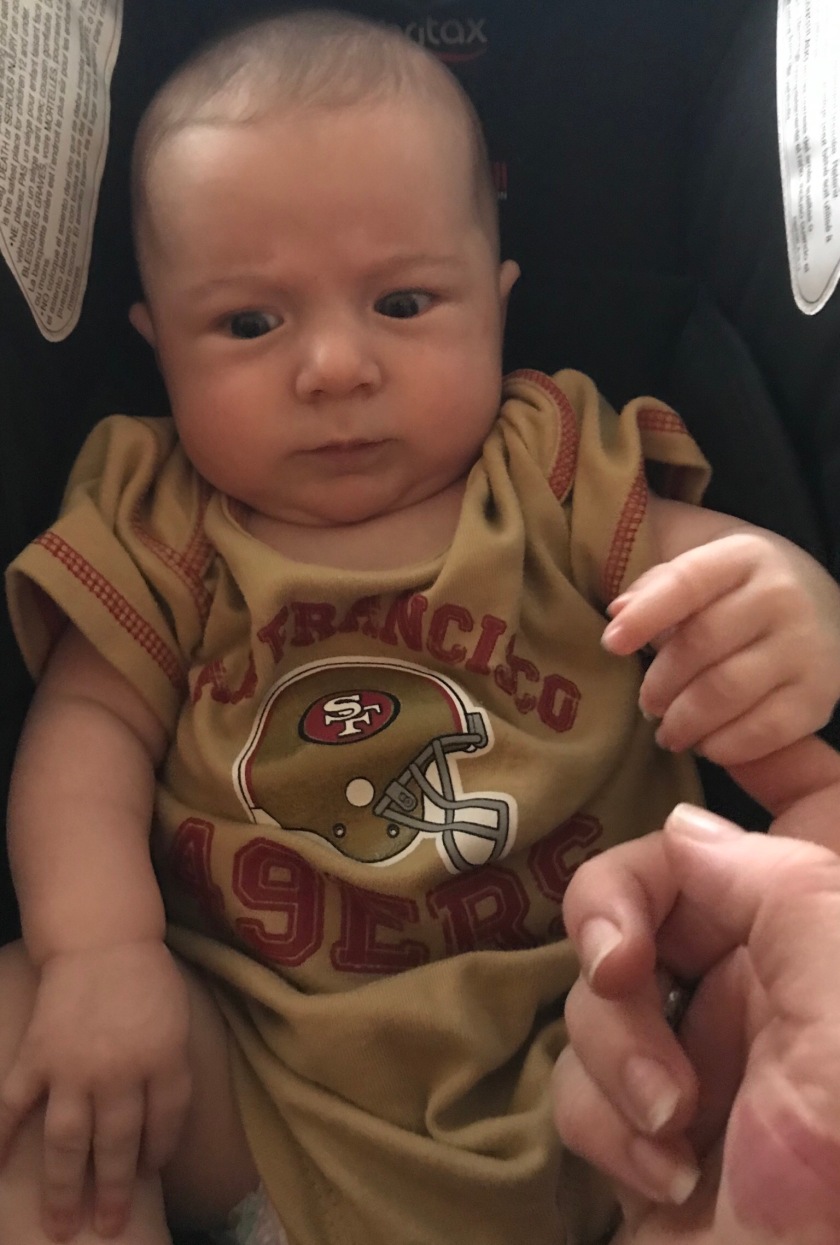 I was going to try a few posed shots with this outfit, as it is especially adorable, yet William had other plans. He was very tired and let me know in a few ways including this big yawn.

He was also hungry. It’s not unusual for him to be tired and  hungry both, so I breastfed him to help with the hunger and to possibly allow him to sleep without having a tired crying jag which happens when he’s overtired. It worked so well that he fell asleep in my arms and with the fleece blanket I’d wrapped around us as a partial pillow.

William’s nap was a short one, so I also took some photos with him in his onesie with two important people in his life. He was a little more interested in watching what was on television than looking at me or his daddy in this photo. 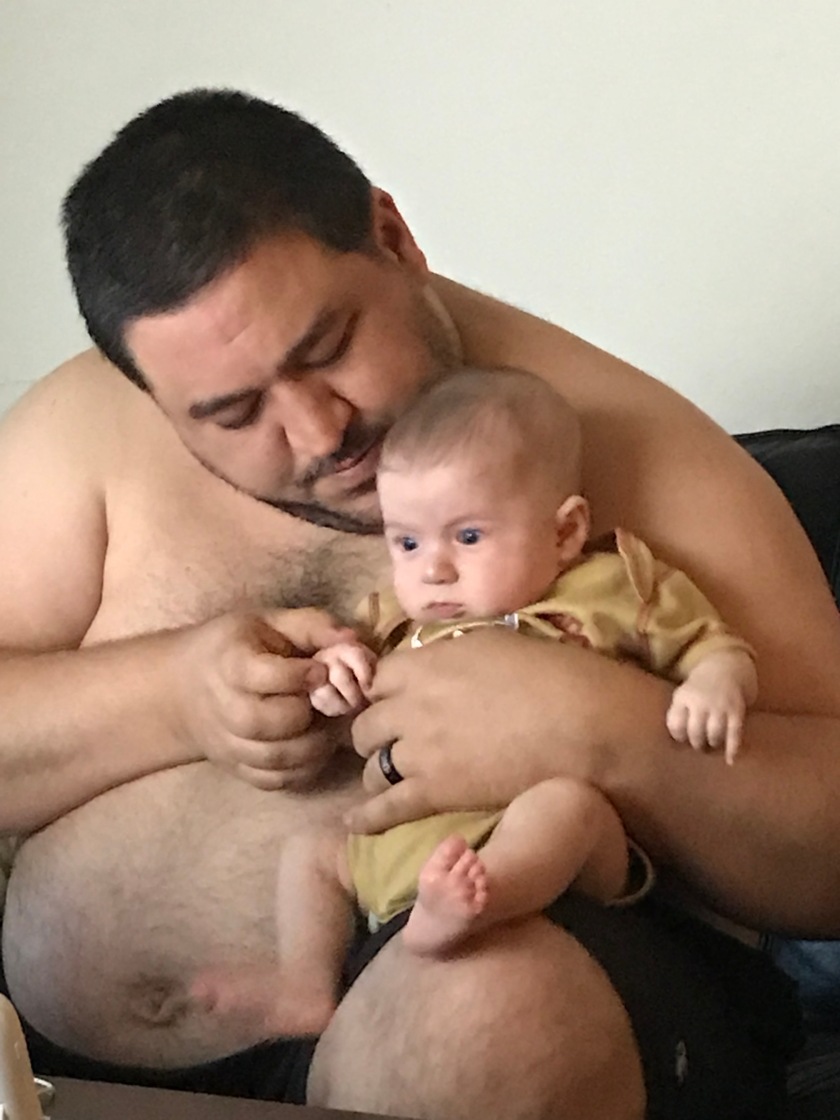 Candy always has such a smile on her face when she is around William. I’m not honestly sure what he’s looking at in this photo. 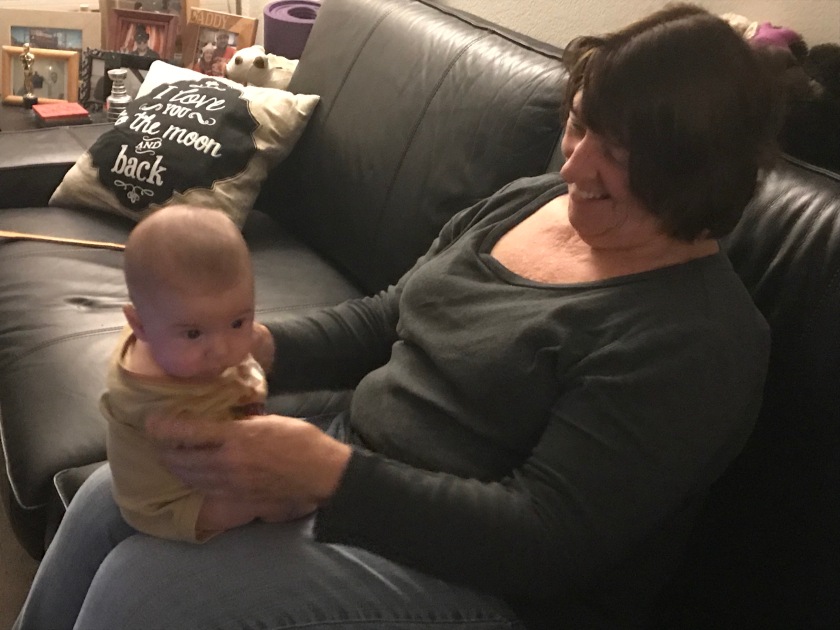 So, I’ll be saving the idea I had for this shoot, most likely using in his four month shoot; it actually may end up working better then. In the meantime, as always, it’s great to have an excuse to take and share so many adorable photos of our son.