Every once in a while I’ll go and enjoy something in real time more than I’ll take lots of photos to remember it. This weekend Matt and I joined by our friends Steve and Cora attended two events this weekend in which I did just that, in fact, most of the photos for this entry were taken after the event. The first event we went to was the Downtown San Jose Beer Walk as part of the SJ Beer Week 2018.

The event had a light tie in with the San Jose Sharks (their symbol was used in the advertising), so I wore my Sharks hat and shark color clip ons, the latter for the first time ever.

The event started at Local Color in San Jose, a place that gives artists a large area in which to create and sell artistic items especially paintings. As we checked in with time to spare before any places could give out beer, I had time to walk around and check out the artwork. This one was really cool.

Since we’d be drinking a lot of liquid volume, I also had to use the facilities and I loved seeing these signs posted outside of them.

I truly mean to take a group picture of the four of us. I wanted to take one at our first stop, but I couldn’t find just the right background. I did find a cool wall with among other things a W, however, the wall was so full of profanities that I couldn’t find a way for us to take a photo without one or more being in the photo.

While there were no snacks at any of the businesses we visited to taste (which I think there should have been as people were drinking), several places had some swag. Cora and I made sure to pick up some including a koozy, a key chain and several coasters.

As there were 16 station and 9 stops, we made it to over half in the three hours, which I think may be a record for Matt and I in hitting beer crawls. One thing that amazed me was how very many people brought their children in baby carriers. It made me really miss William, who was home being cared for by Candy. 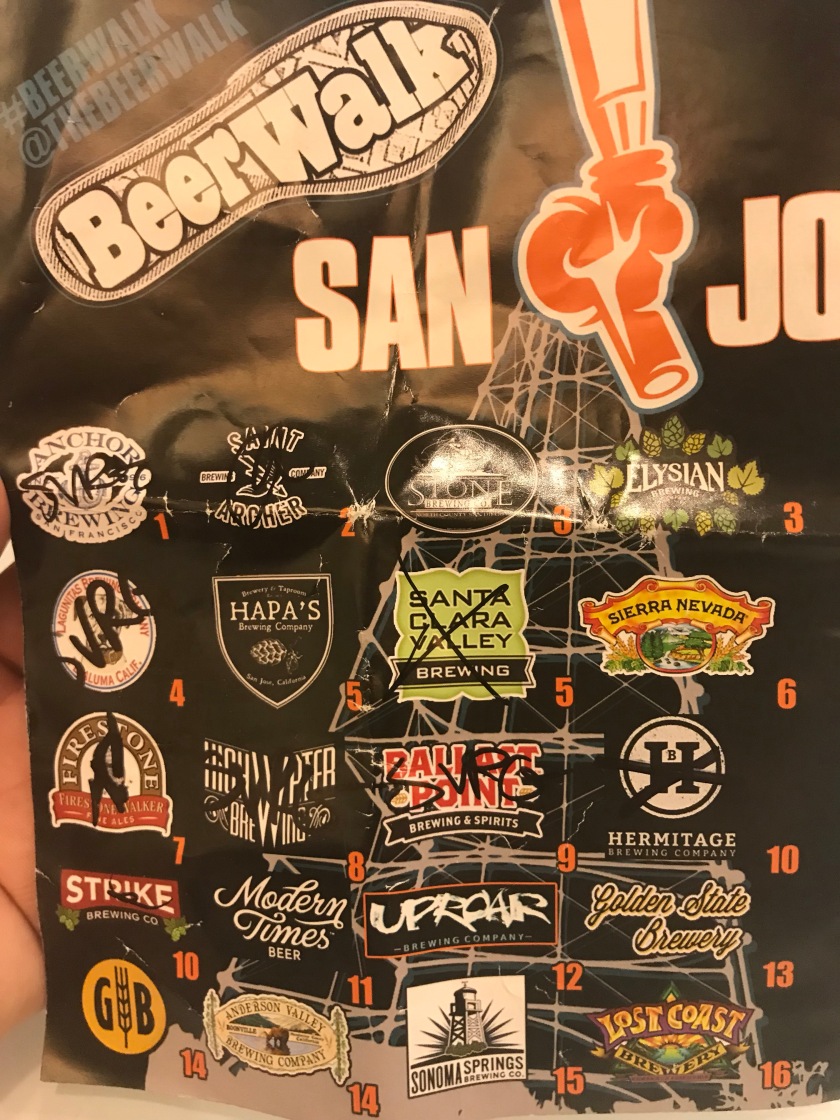 Our second and final stop was Clandestine which had their Grand Opening. I enjoyed trying several of their beers in taster size while Matt had a pint.

There were also kids at the Grand Opening. While it would have been cool to have had William there, I think he probably had a better time at home.