As a member of Amazon Prime, I get my choice of one free Kindle book a month from a few options. While I don’t always choose one, due to time, presented selections of both, I did find the summary of the book Neighborly, interesting enough to choose and read this month. The description of the book was one in which a couple, Kat and Doug, and their infant daughter, move to a new neighborhood for a fresh start. Kat has a huge secret that no one, even her husband knows, and she starts getting threatening messages soon after she moves in. The neighbors also have a secret they will learn. This seemed like a fun book to read from that, so I had high hopes for it. 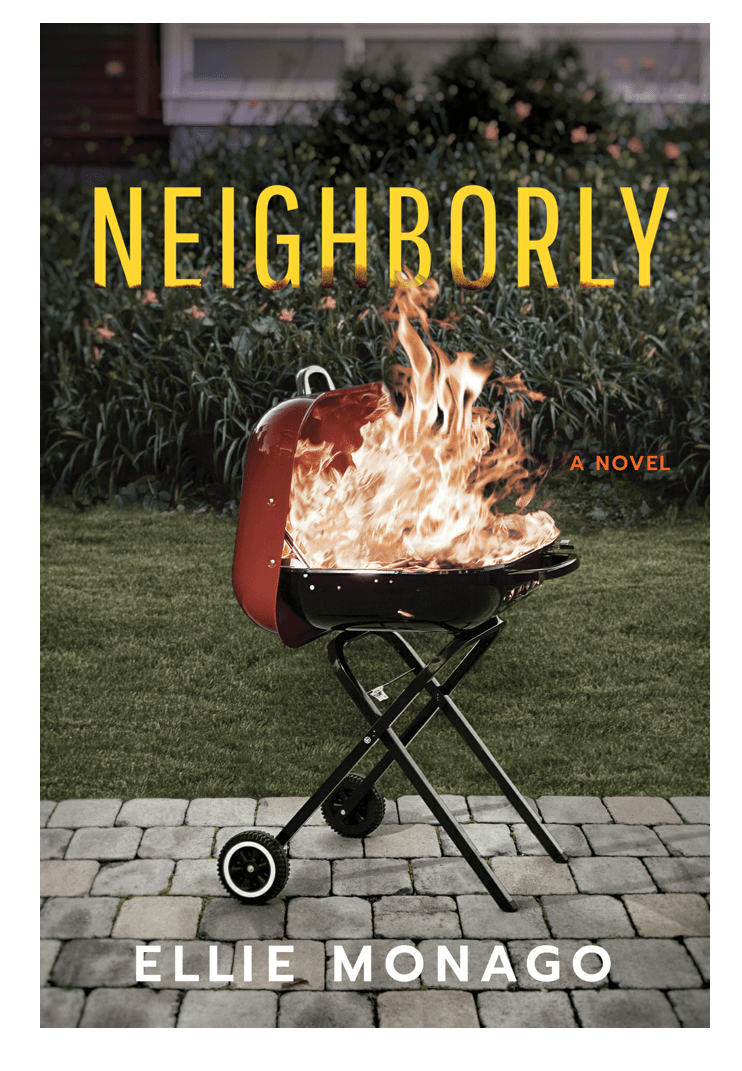 By pure coincidence Kat’s daughter, Sadie, is four months old, which is also William’s age. So it was interesting seeing details about infant care and behavior in the book. One thing that struck me is that the author while trying to put in details added some that are totally in opposition to how we are raising our son. She mentioned giving him solids (which is a personal choice one should make with their doctor, we will be waiting till 6 months to introduce them, which is more common), but her description of how she had tried several different food types with her, as well as how she had put sunscreen on her, which as far as I know is not recommended at all before six months, were a little distracting. I realize this is a novel and not a parenting guide, but these things took me outside of the bubble I usually enjoy when I’m reading a book.

The neighborhood is portrayed as an overly idyllic one in which not only does no one bring junk food to a potluck to welcome the new neighbors, but everyone is engaged with talking and interacting with each other and no one, even the many children, are using a cell phone or electronic device as the Kat, one of the main narrators, points out. Kat and Doug are in over their heads from the day they moved in. They purchased the home for a huge over asking amount, borrowing from Doug’s parents even though Kat has a chilly relationship with them and huge student loans to pay off. Still, it was she who convinced her husband that they had to join the warm welcoming community to escape her disappointing childhood and big secret.

This is a hard book to review without spoilers, as so much of this book is about the secrets share and with whom and also how secrets are kept and the lengths to go to keep a secret. We learn bits and pieces of Kat’s secret along the way and halfway through someone connected to Kat’s secret gets to be a secondary narrator and we discover that person has secrets of their own. The neighbors share their secret with Kat eagerly, it’s part of the reason why the neighborhood is made up of so many people who are happy, at least by outward appearances. Even though with hindsight the clues to that secret are many, I didn’t figure it out until it was revealed.

I liked a lot about the book including the fact that the book made it hard to figure out who the person or people bothering Kat were and why. However, the book was also full of cardboard characters so that certain people were unlikely to be a villain. Additionally, though one of Kat’s greatest motivations was to keep her family together, Doug was portrayed as being a jerk time and time again. It made it hard to understand why she as well so many of the characters in the book act the way they do motivated by their warm feelings for him.

I found myself reading the book as fast as I could to figure out all the secrets, but for the reasons mentioned it was not an enjoyable time. I did find the identity of the villian(s) and their motivation(s) interesting if not completely believable.