One of the questions I get most often about William is how he’s sleeping, in particular if he’s sleeping through the night. Sometimes he does, sometimes he does not. When he doesn’t it’s mostly just one wake up, which really isn’t that bad at all. Matt, William and I all enjoy that he’s able to get more uninterrupted sleep overall.

As far as naps, it depends on what the day brings for him. Sometimes he will seem to just know it’s nap time and shows signs of being tired, other times, he’d have to be put into his travel crib and given time to wear himself out a bit, then finally nap. He used to fall asleep easily every car trip, now he won’t as readily, especially if he has entertainment such as Candy talking with him.

That being said, other times even a short car ride, such as our apartment to church, which is 15 minutes or less depending on the traffic light pattern is enough to put him to sleep.

I hate to wake him up at these times, he looks so comfortable and ready to keep sleeping.

Being it’s still summer, some nights are very hot. On the hottest nights, I put a onesie on him instead of pajamas and put a light blanket over him, and he happily sleeps.

Matt had to help direct Inky and William to look at me for this photo. This is the only photo I have of all three of them looking in my direction (even though the light makes it hard to see Inky’s eyes). 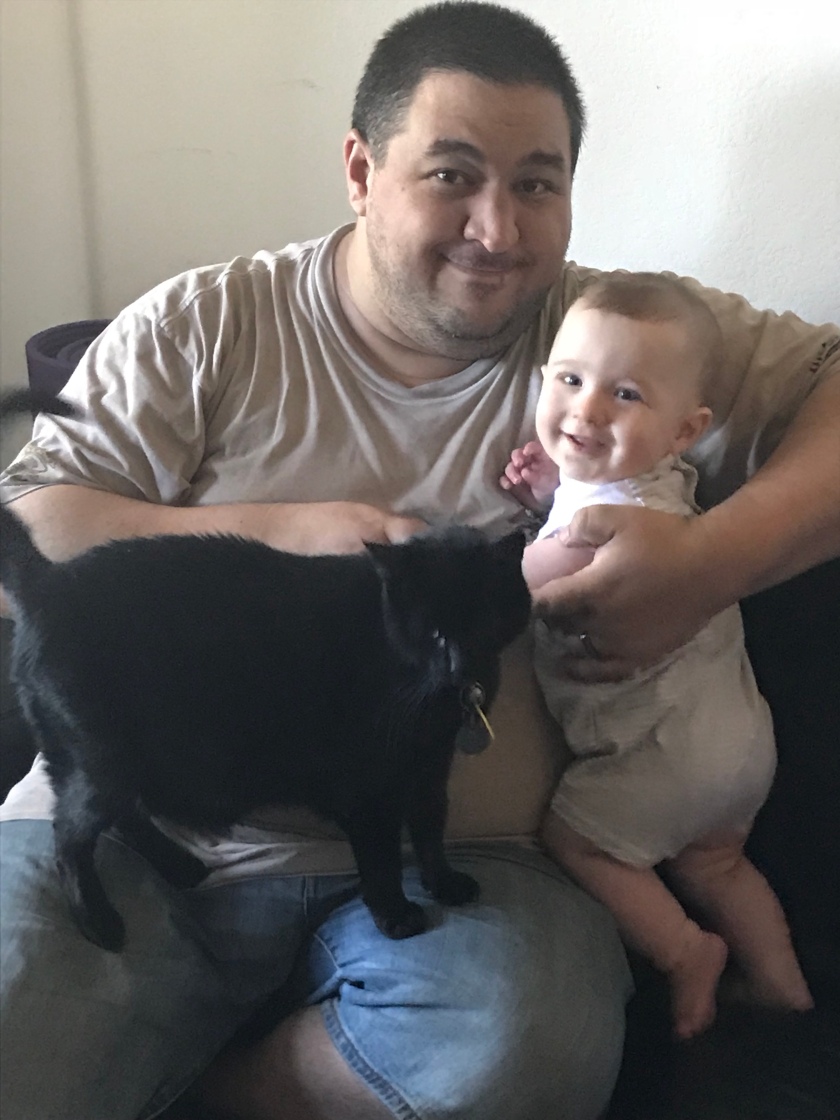 Sometimes William has sleep hit him in the most unusual times. He fell asleep as I fed him. 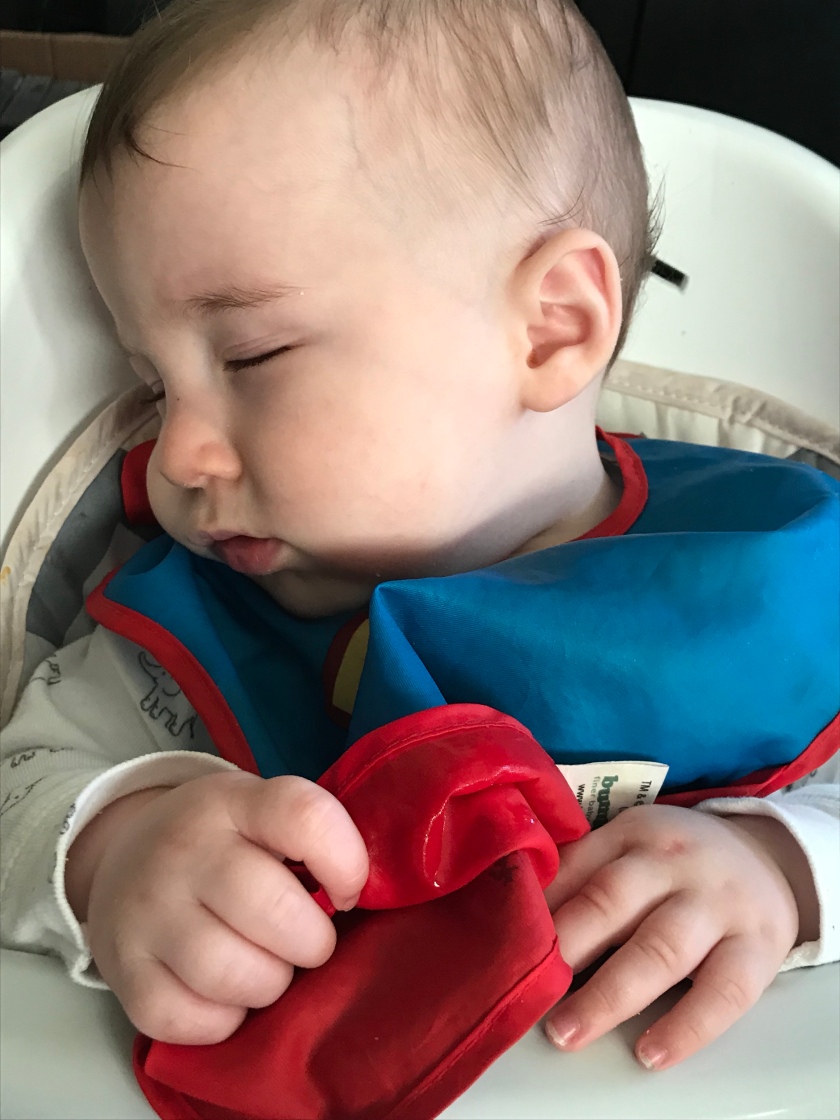 He was so tired this night that I was able to remove his bib, take him from the high chair and put him to bed, all without him waking up.

I know I’m biased, yet I think he is just so, so adorable, when awake and especially when asleep.