One series of questions I get a lot about William is if he’s reached certain milestones yet. I’ve been asked everything from if he’s smiling and laughing, which he has, to if he’s crawling, standing, walking, even talking yet, which he is not. Still, it’s fun to see the progress he will be making in the not so distant future. One thing he is trying so hard to do is stand on his own, many people have commented on it. 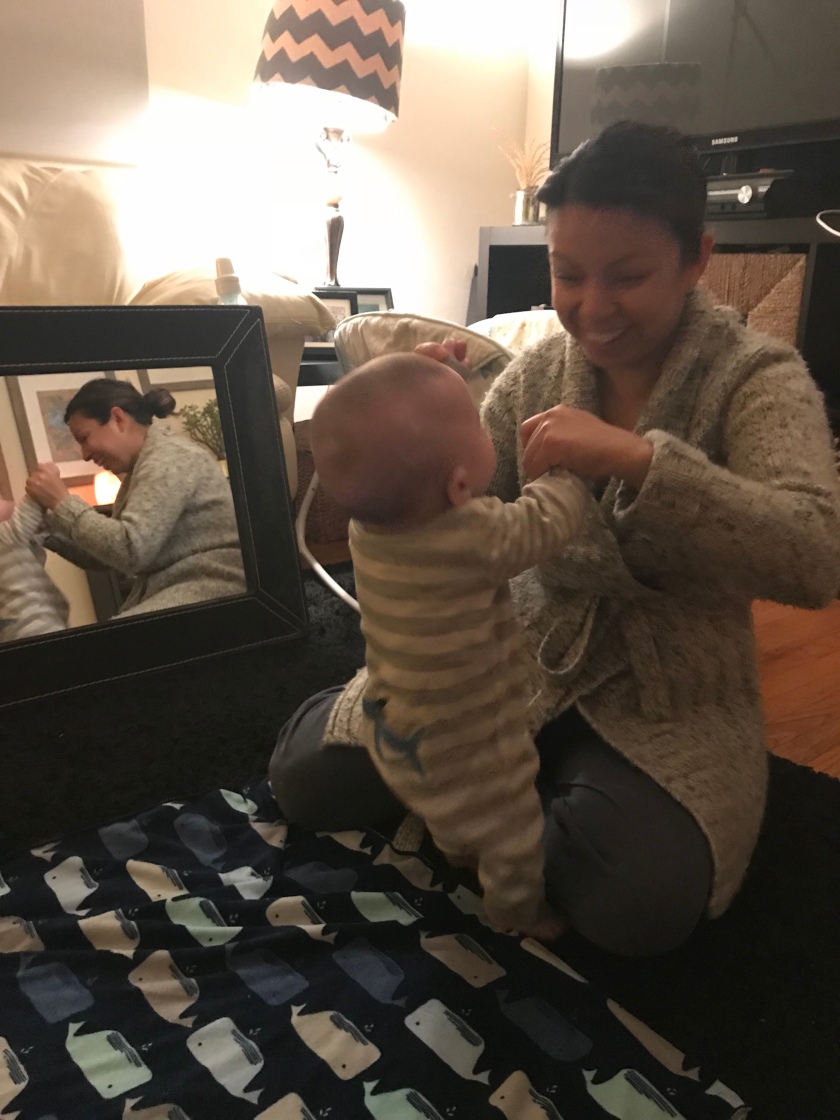 Several people have suggested that William will crawl towards things when he has something he wants to crawl towards. Mirabel has been working to set him up so he can crawl towards his own reflection. 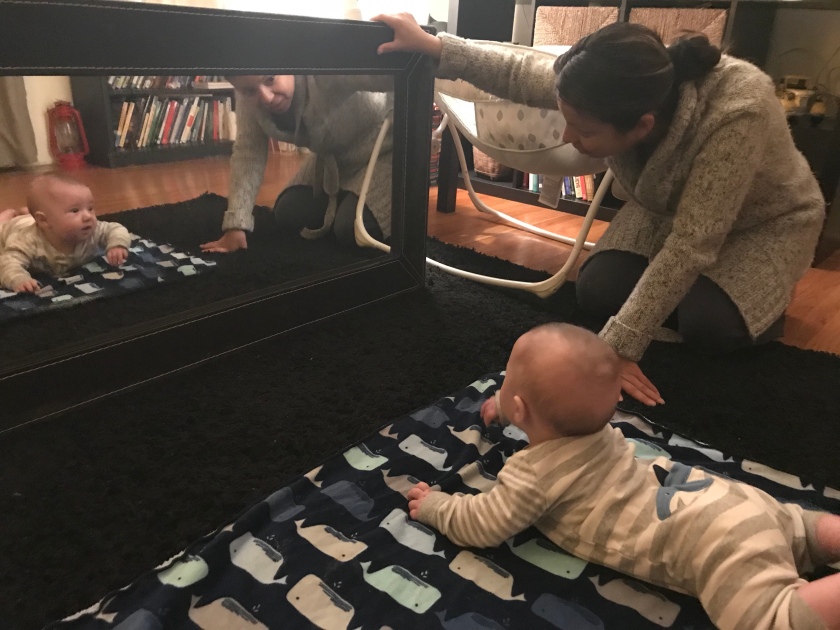 Yet, despite this handsome sight, he’d rather just look at his reflection than use it for motivation to go forward in a crawl.

His Godmother suggested that he, like his Godbrother, Tyler, may instead commando crawl first on his hands. If so, that would make for some interesting photos for sure. 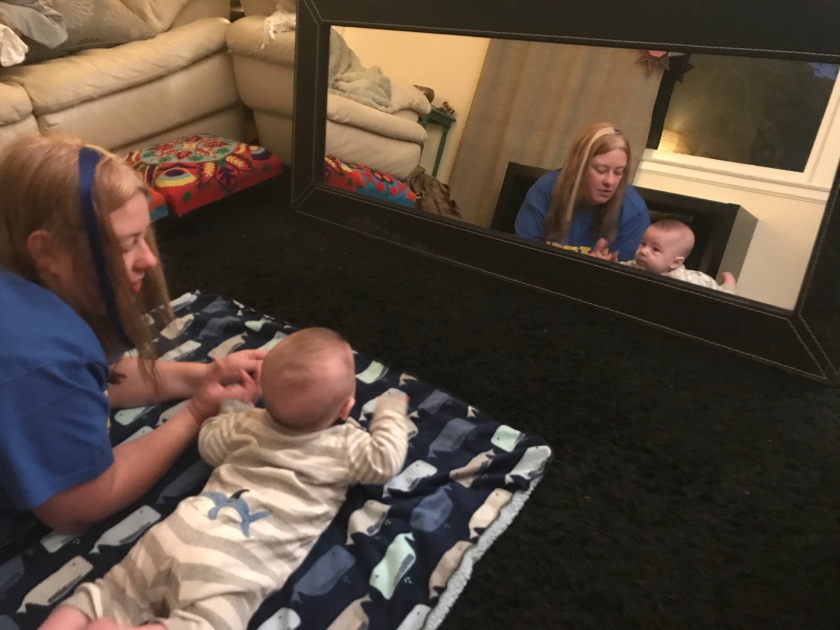 It’s fun hearing him babble as I know those babblings are the foundation for words. While he won’t babble at his reflection (or that of the person holding him), he definitely does seem interested in seeing reflections. I think he enjoyed the bright colors on my shirt and hair clips for College Spirit Day at work (in honor of March Madness). 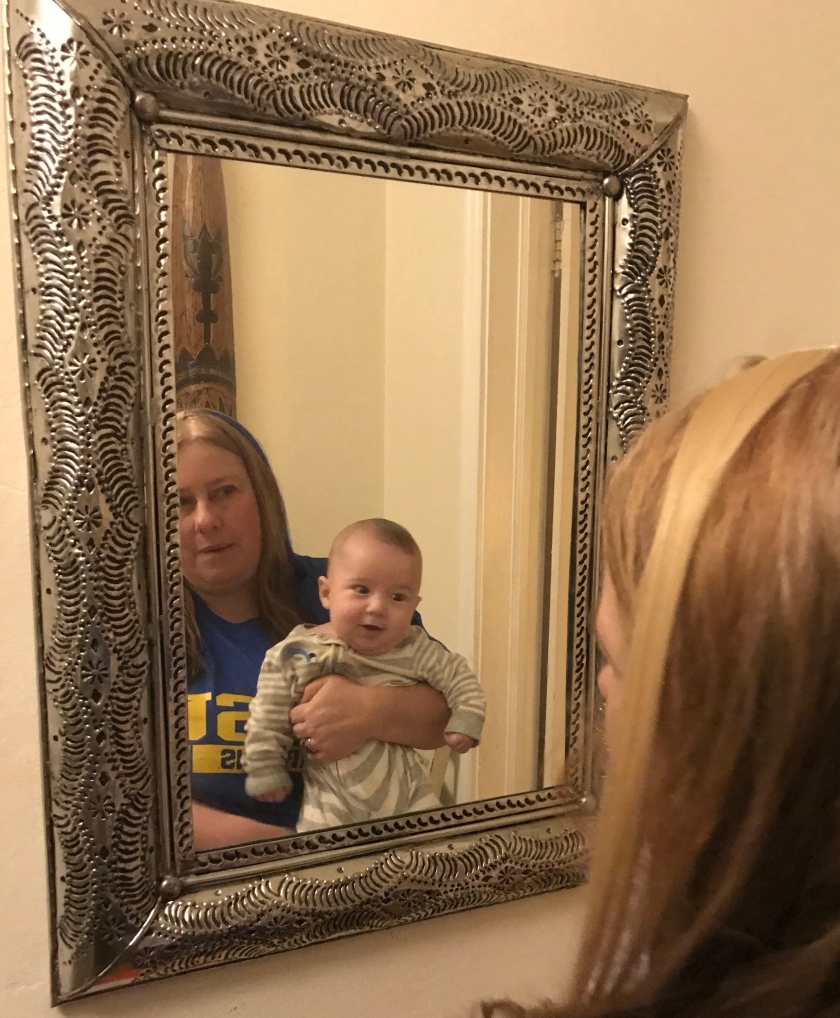 As for sitting up by himself, he’s definitely game to try. Technically he’s still using Candy’s legs for support here, yet he’s still trying to use his own strength and muscles.

Of course these changes are accompanied by growth. He’s outgrown clothes and diaper sized (from Newborn to 1s to 2s for the last few weeks). He’s even outgrowing and needing bigger things in his overall environment, which will be the subject of some blog posts later this month.