William loves new places and experiences. I’ve jokingly called his trips to see Maribel his Disneyland as there are always so many fun activities for him as well as at least one other boy, usually two around. In addition to having fun he also is learning, especially as we started a new tradition a month ago, with Fridays being Spanish only days. 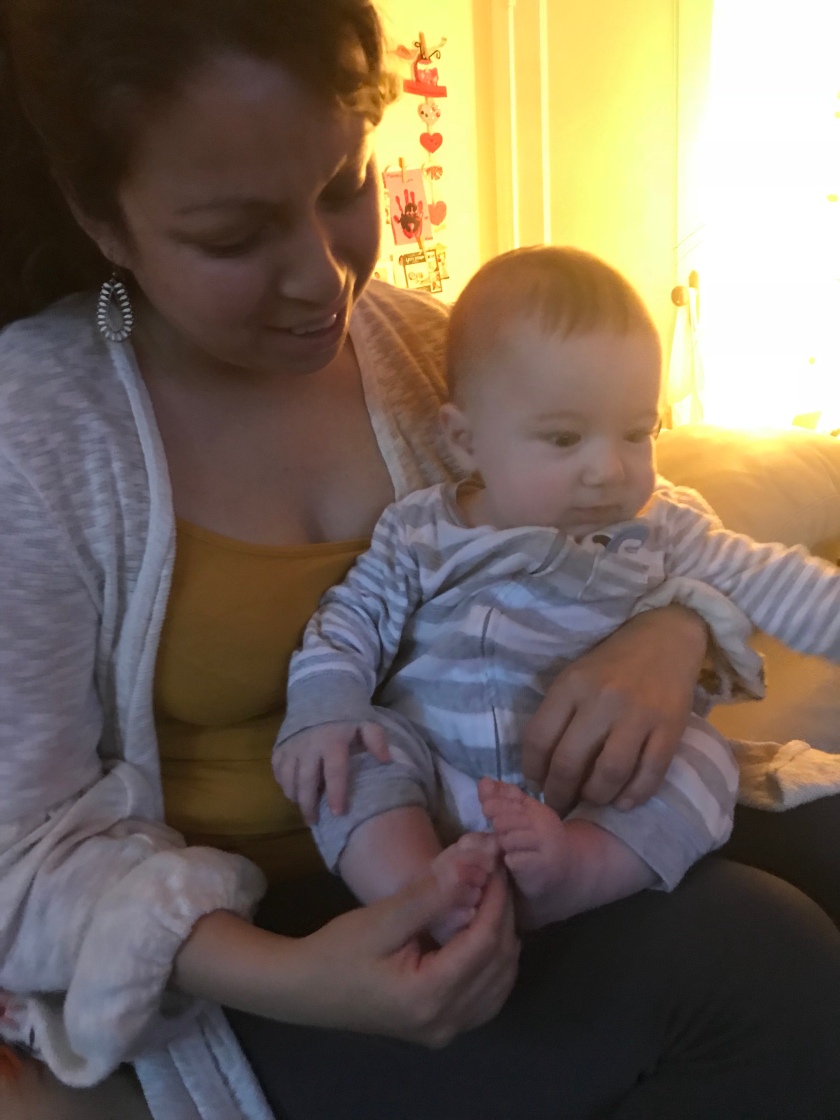 Maribel is a native Spanish speaker, whereas I speak it only a little (un poco). Most of the Spanish I know is from high school, though it occurred to me yesterday that I can have Siri help me with translations. I had the program translate this for me as William seemed a bit confused to be put in his stroller. 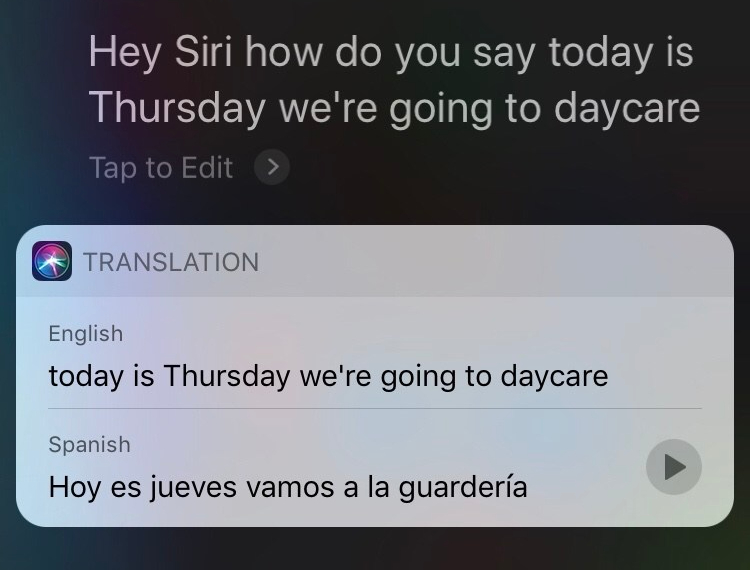 Maribel loves speaking to him in Spanish. One of the other children that she watches speaks it to her a lot also. He looks at Maribel so intently when she speaks to him in English or Spanish. I’ve read that by six months, babies brains have developed to be more receptive to the language or languages they hear often. 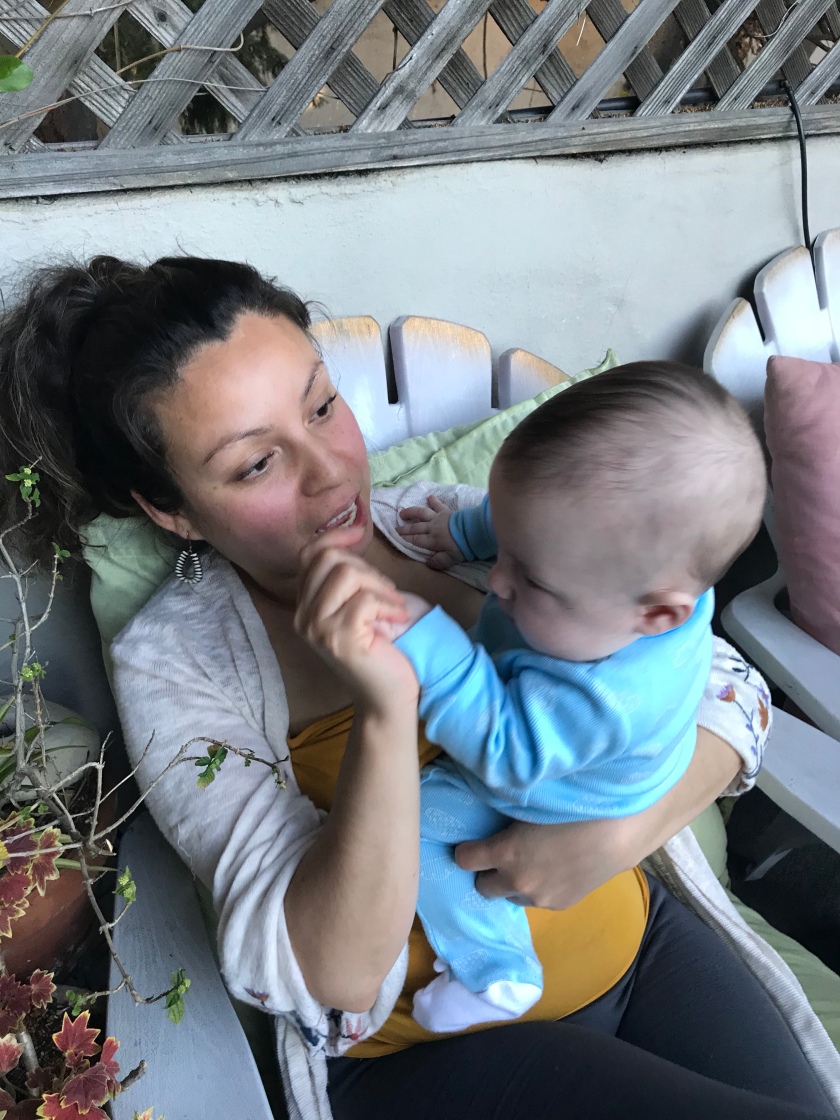 Here she is trying to sing to him and show him how to dance a bit as well. 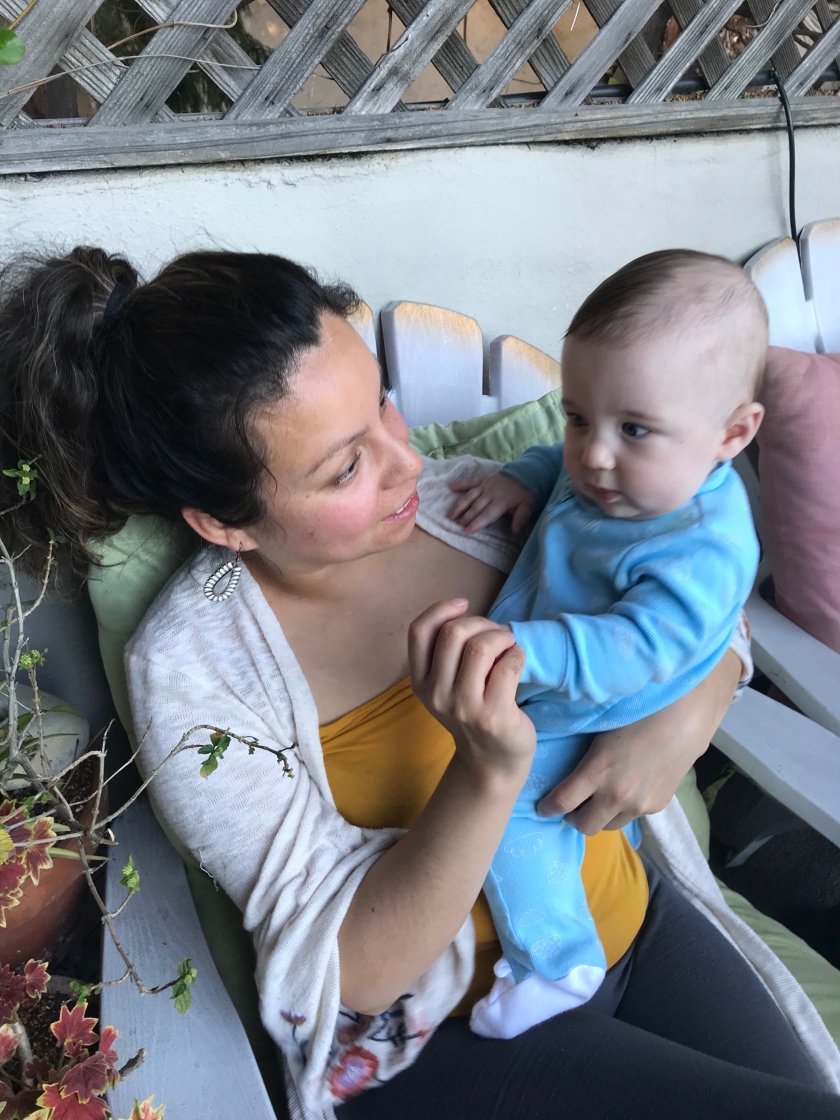 He couldn’t really decide if he should look at her or me, his mom who is always photographing him. 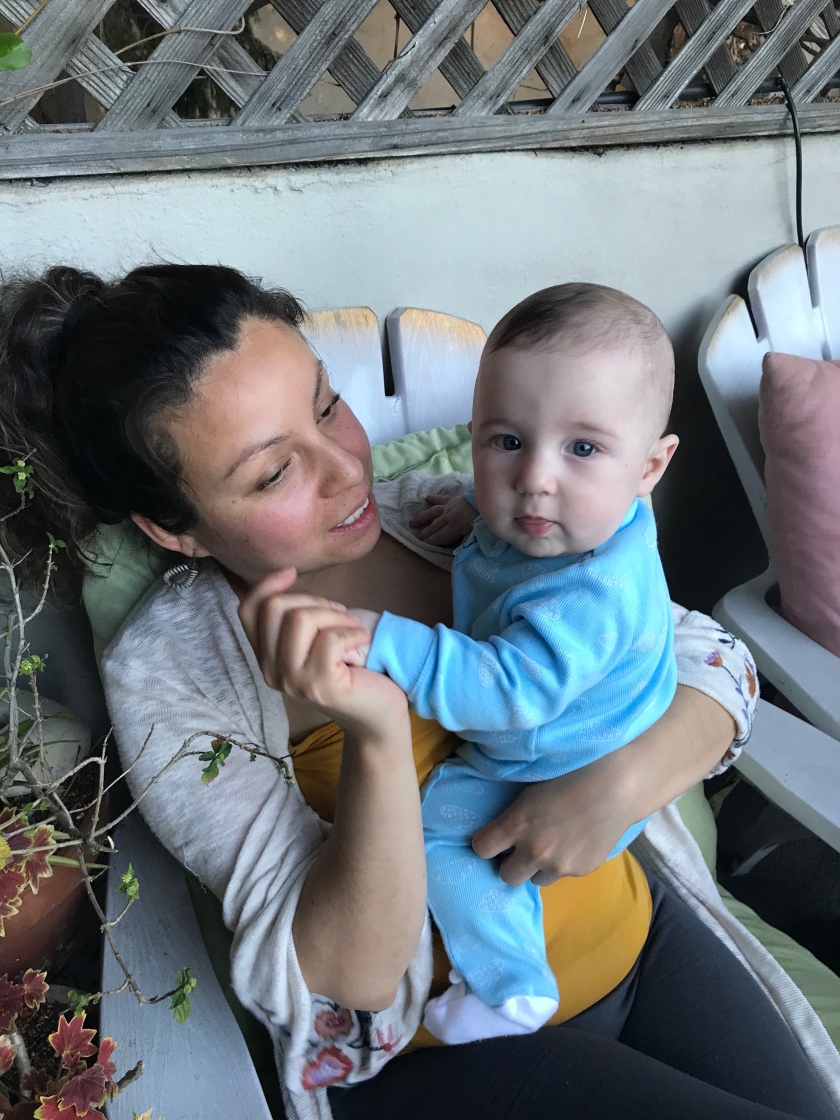 With Spanish only Fridays, he’s getting a lot of practice. Today Matt worked late, so I had to pick him up and he got even more hours of Spanish immersion. With lots of Spanish on Friday and her switching between English and Spanish both on Wednesdays and Thursdays, he gets a lot of practice from a native Speaker. Candy and I speak to him a bit in Spanish. Hopefully he enjoys it as entertainment and I way to learn.