Matt, Candy and I have tried several different ways to help William figuring out crawling. These have included putting toys down in front of him and trying to get him to come to us as we encourage him.

William has realized that he can sometimes leverage his movements with things around him. He tried to use the second shelf of the table to get a bit of movement as Matt held out his hand to him, and we both cheered him on.

By rolling from side to side, he was able to use the couch a bit as well.

Then he was back to just trying to use his own arm and leg power to get to his destination. 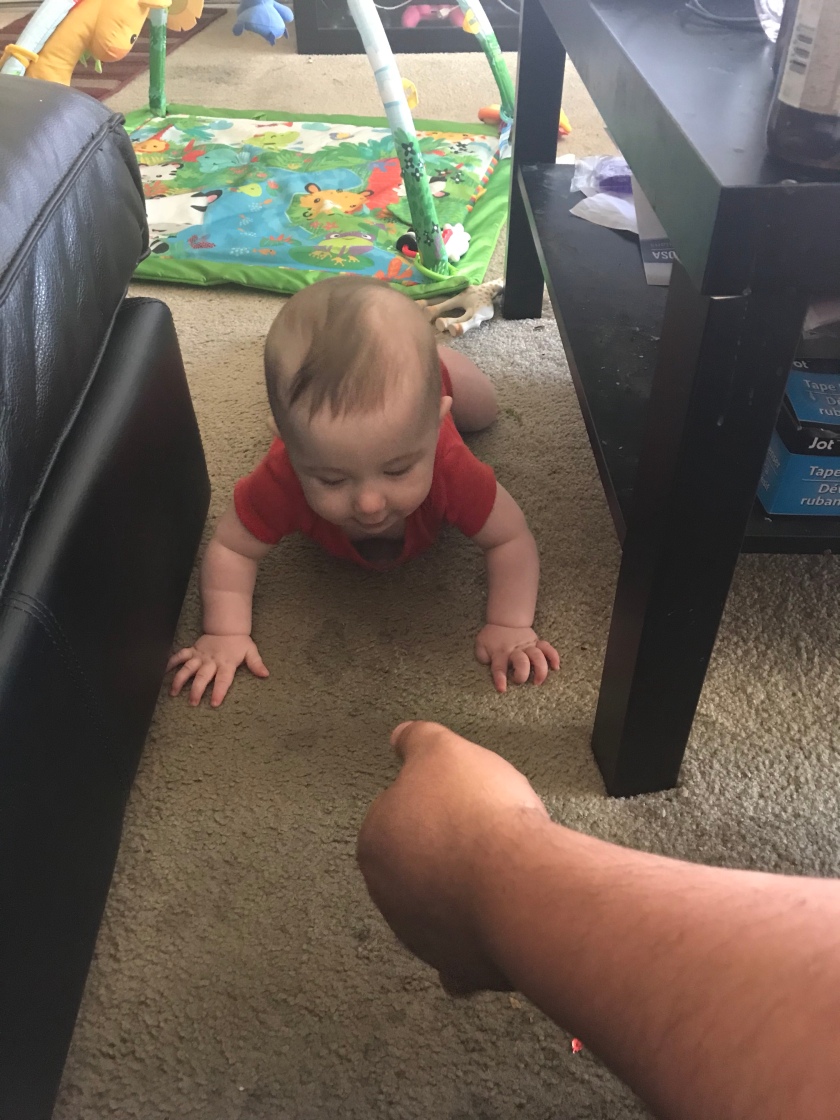 With even all the encouragement, he decided he had gone as far as he was going to. 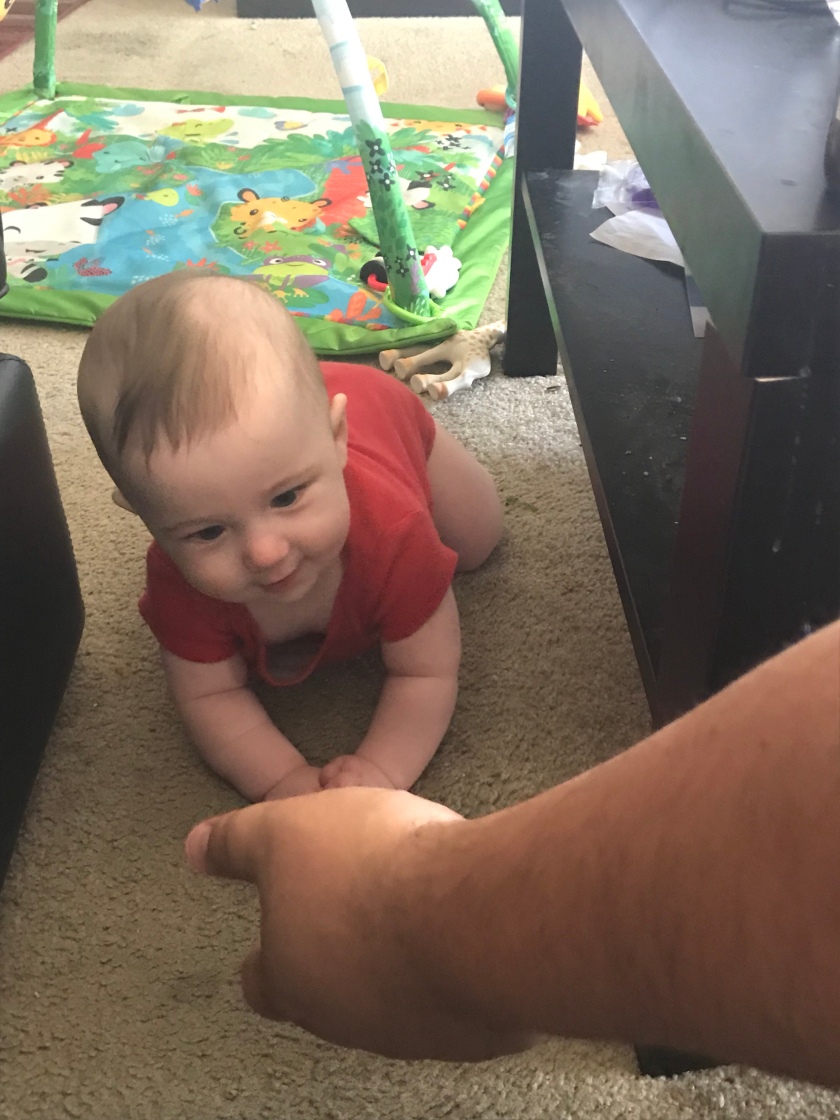 I’m not sure when or what will motivate William to crawl, yet he is getting closer than ever.