A few weeks ago we’d been invited to a birthday party for a dear friend and his wife. The invitation had originally read adults only. However, as it got closer to the event, the hosts decided to open it up to children as well, so we decided to go and take William. We had thought he would be the only child younger than a toddler, however, soon after we arrived I was told to have him go say hello to the other baby there.

The invitation had come from the host himself who joked that the kids could meet each other and who knows end up married some day. It was definitely great seeing another very young child there as they were the only kids we could see. Despite the party being open to kids also, there were only those two at least at the time we were there. 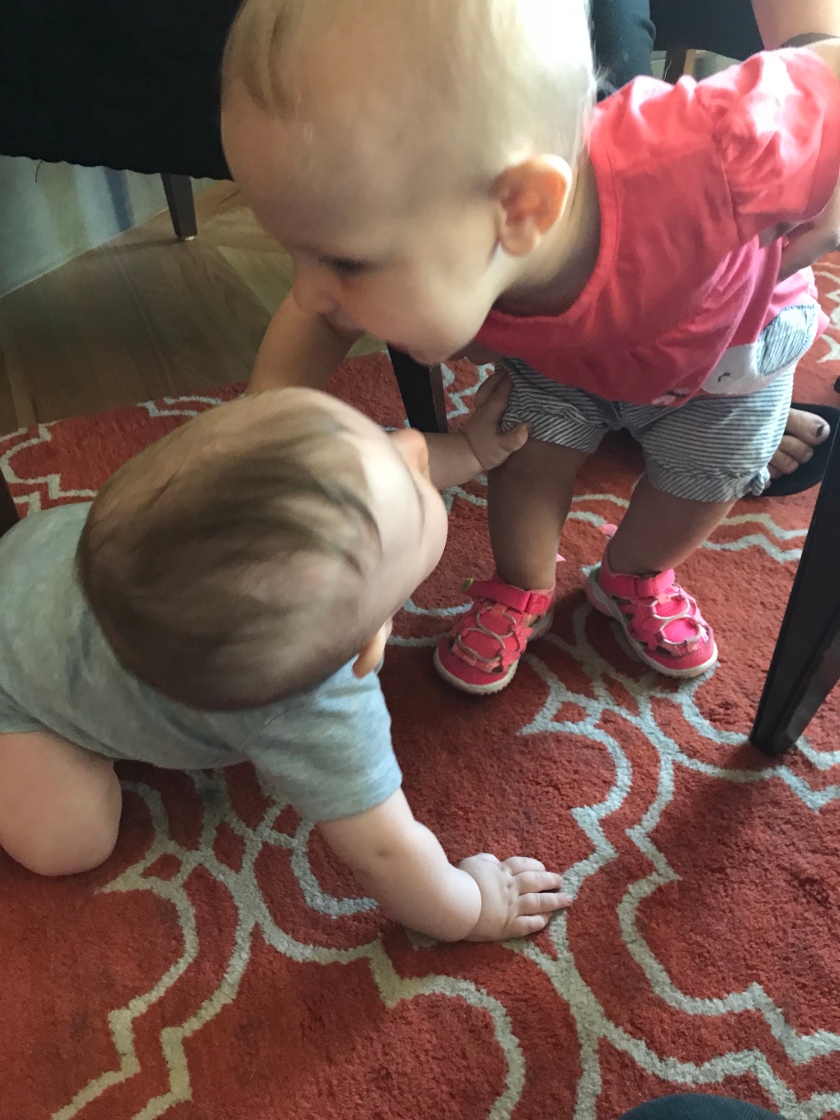 As the kids played I talked with the mom who had two other daughters, both of who were with babysitters. I found it interesting that she had decided to bring just one of her children and the youngest one at that. Our two babies did get along for a bit, then both wanted to move on to exploring the new furniture.

Matt and I traded off watching William during the party so the other could mingle and eat. We had thought he would be tired as it was around his bedtime, but instead the people, new place, music and new things kept him awake. He was soon fussy and despite a diaper change and food still fussed. So, we left rather early having not spent too much time talking to other adults. Though it was fun, perhaps we should have had a babysitter instead and enjoyed the party without bringing our son.